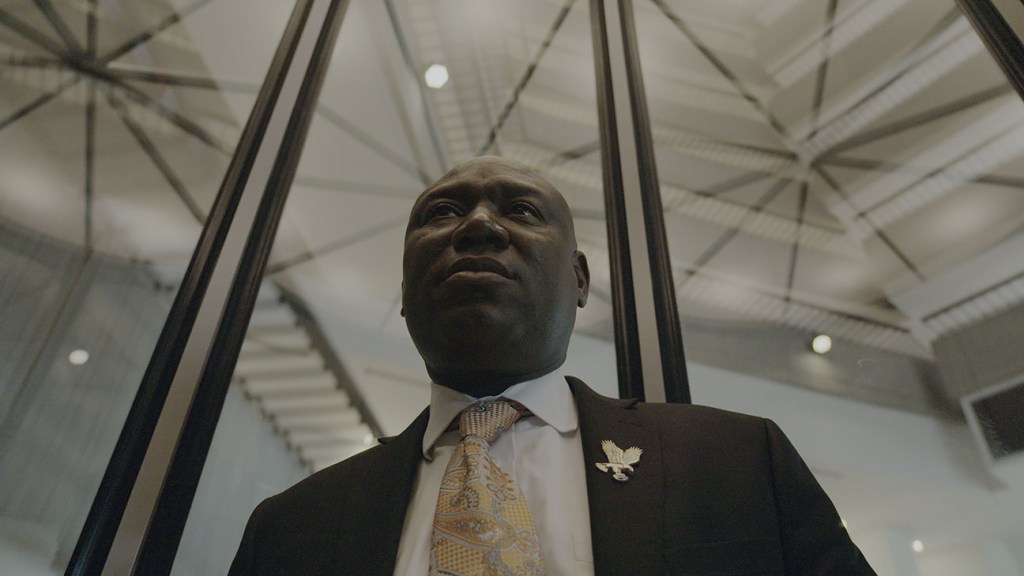 Benjamin Crump occupies a peculiar position in American society. The attorney has famously represented families whose loved ones have been killed by the police: Trayvon Martin, Breonna Taylor and George Floyd are just a few of his highest-profile cases. But Crump is a civil lawyer, not a prosecutor. He can’t charge the officers involved in these cases, nor can he guarantee that they end up being held accountable for their actions. What he can, and does, do is help aggrieved families get some financial restitution.

But Crump is also an outsize public figure, known for his immediate presence at the sight of nearly every tragedy. He has been accused of peddling in the grief of Black families and of exploiting these incidents for personal gain. Nadia Hallgren’s Civil, a new Netflix documentary about the litigator, is an attempt to correct this tense narrative — to pull back the curtain on Crump as a person, and on his work.

The Bottom Line Suffers from a lack of rigor.

An admiring portrait, Civil deals almost exclusively in shadows. The first time we see the man dubbed “Black America’s Attorney General” by Rev. Al Sharpton, he is shrouded in darkness. He stands before a wide window, phone in hand. A previously recorded conversation between Crump and George Floyd’s cousin, Tera, plays as a voiceover. She knows her cousin has been murdered and wants Crump’s advice on how to move forward. He agrees to represent the family and promises Tera that she is not alone. This solemn opening sequence has a studied, almost performative quality.

This tension plagues the film and its subject. Crump is a seasoned orator: He knows what to say and is quick to deploy clichés. He considers his work part of a broader pursuit of justice — a way to get the system working for these families and to help America live up to its ideals. He speaks of his influence in divine, almost holy, terms: “Everything in my career led me to the George Floyd case,” he says at one point early in the film.

These kinds of sentiments are part of a larger messaging that can be challenging to embrace. And yet the work he does is meaningful to many of the families who seek him out. Throughout the film, Hallgren, who followed Crump from 2020 to 2021, captures tender moments of connection between the attorney and some of his clients, between Crump and his family or community. These scenes try to soften the highly curated public image.

The year Derek Chauvin killed George Floyd was a watershed period in America’s self-mythology. In Civil, Crump talks about Floyd’s death and the protests as an opportunity for the nation to heal, and as a critical case in his career. The doc intercuts this present-day narrative with archival clips and interviews with Crump about his upbringing in North Carolina and, later, Florida. After graduating from law school, Crump turned down big law jobs to open a civil rights practice with his friend Daryl Parks. The two took on personal injury cases as a way of making rent during their early days.

According to Crump, police brutality cases make up only a fraction of his firm’s load. They receive hundreds of calls from clients seeking counsel for a range of issues, from wrongful discrimination to banks overcharging Black customers. Crump takes on higher-profile police brutality cases because he wants to make it financially prohibitive for cops to murder Black people — a point he repeats often but doesn’t elaborate on. In addition to these suits, Crump makes regular appearances at rallies and on TV, where he waxes poetic about justice and the nation’s nonexistent moral compass.

Civil often feels more like an infomercial than a documentary. We spend much of the running time watching Crump prepare for public appearances and talking vaguely on the phone about cases he is considering taking on. Hallgren (Becoming) tries to create tension and amp the stakes by filming Crump from different angles and generously using close-ups, but it’s tough to make legal cases with no courtroom elements exciting. What constitutes Crump’s process is thinly sketched — his reasons for accepting a case remain in the hazy realm of making sure Black people receive justice. Civil attempts to cover criticisms against Crump, but these are framed as not even worthy of consideration and treated as attempts to curtail Crump’s work. The film could have used more rigor in contextualizing Crump as a public figure.

More often than not, the subject comes off more as a crisis management consultant or image-maker. Civil is littered with scenes of the attorney talking to the families of the deceased, coaching them on how to best make their case in the court of public opinion. These are the most bittersweet moments to watch. Family members go around recounting sweet tales and memories of their loved ones, and Crump responds with condolences and the occasional aphoristic remark that doesn’t always land. I wish Civil spent more time with these families, whose lives have been irrevocably changed by loss and grief.

What does justice in a country and a system designed to deny and harm Black people look like? Civil and Crump mostly stick to the surface when it comes to this question, and that makes the non-biographical parts of the film frustrating to endure. Two years have passed since Floyd’s death, a year has gone by since officer Derek Chauvin was convicted, conversations about police brutality have deepened and talking about it requires more specificity in language and intention. Civil sometimes feels like it’s proffering dated notions about equality and justice, appealing to a conscience that fewer and fewer people still believe America has.