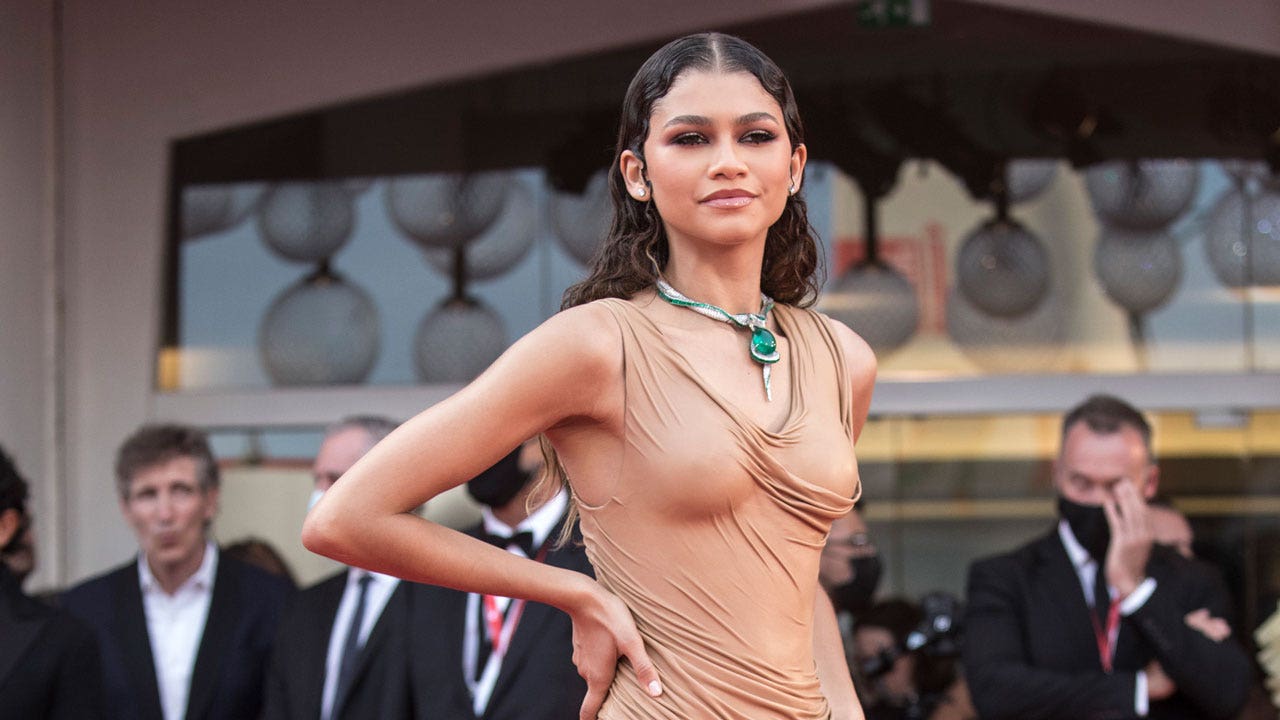 Zendaya turned heads during the premiere of her latest movie “Dune” on Friday at the Venice Film Festival.

The 25-year-old actress joined the craze over the “wet” look by wearing a leather Balmain custom-made gown. The dress was created for Zendaya using the exact measurements of her bust, Page Six reported.

She accessorized the outfit with a statement necklace that featured a 93-carat emerald inside the jaws of a snake encrusted in diamonds and emeralds.

The “wet” look also was worn by Kim Kardashian at the 2019 Met Gala.

Zendaya recently became the youngest actress to win an Emmy for leading a drama series. She was nominated for her role in HBO’s “Euphoria.”

At the time, the actress was up against big names in the Hollywood industry including Laura Linney, Olivia Colman, Jodie Comer, Sandra Oh and Jennifer Aniston.

“It means mean so much to me. Every single woman in that category I obviously admire immensely, and their work and everything they continue to do,” Zendaya said in the pressroom at the time.

“Just to be mentioned within the category at all was something, and then just to have their support and having them smile and wave at me and stuff like that, meant a lot to me. That support really, really fills my heart.”