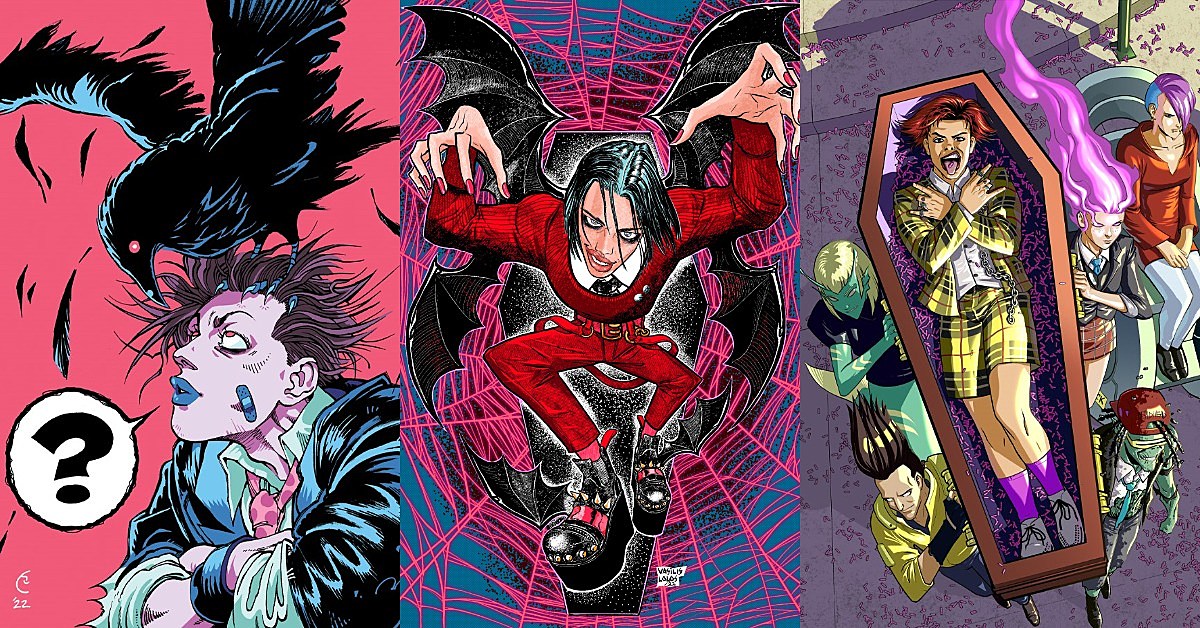 YUNGBLUD and Z2 Comics are collaborating again to bring fans Twisted Tales Of The Ritalin Club 3: The Funeral. The third volume is co-written by YUNGBLUD and Ryan O’Sullivan.

Twisted Tales Of The Ritalin Club 3 features interior art by Annapaola Martello and Vasilis Lolos and covers by Martello and Butch Mapa.

Volume three of the Ritalin Club series finds Zombie Joshua on a mission to get the team back together after they disbanded due to YUNGBLUD’s death. He has to work quickly because The Spreading Darkness is back, and the Ritalin Club are the only ones who can save the day.

YUNGBLUD shared what the comics mean to him in a press release.

“These powerful graphic novels serve as a mirror to my own journey as an artist through a medium I absolutely adore,” YUNGBLUD says. “The previous volumes chronicled my battles with authority, identity and self-expression. The Funeral, like its musical counterpart, grapples with the idea of self-acceptance, belonging and finding peace with your own insecurities.”

Twisted Tales Of The Ritalin Club 3: The Funeral is available for preorder here.