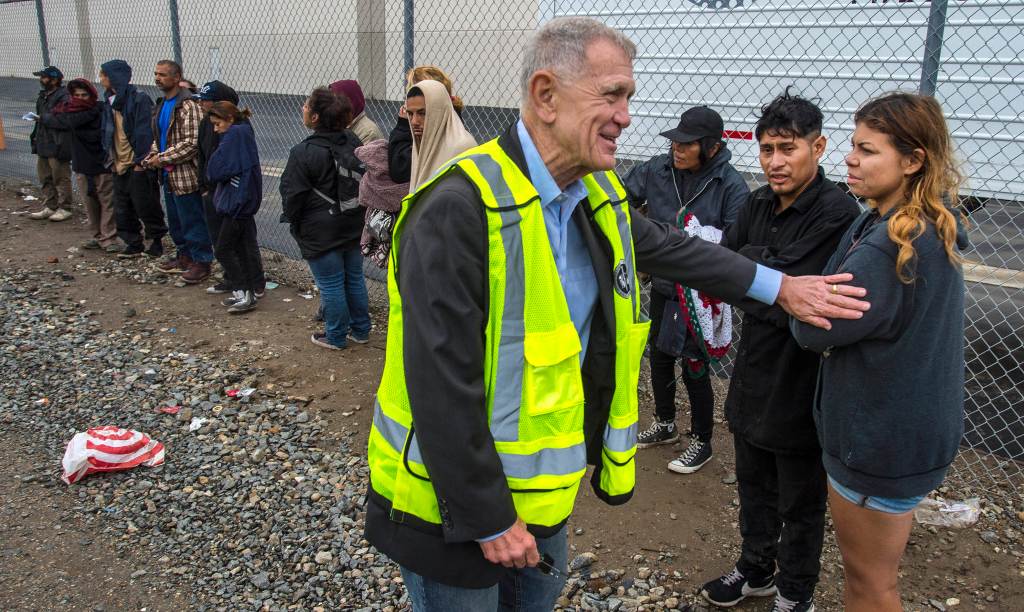 The federal judge overseeing a lawsuit dealing with the homeless crisis has again criticized the slow pace of moving indigents into housing despite an agreement in which the city and county of Los Angeles promised to provide 6,000 beds by next spring.

U.S. District Judge David O. Carter last week told parties involved in the suit that production of homeless housing is too slow in light of the threat of the coronavirus and the rise in deaths on city streets.

“You’re already so far behind it’s disgraceful,” Carter told officials at a hearing that took place at City Hall because the federal courthouse in downtown Los Angeles is closed due to the pandemic.

The rise in homeless deaths, dozens of which were caused by the coronavirus, so concerned Carter that he ordered both sides to address efforts they’ve made to immediately provide shelter, housing and services to people experiencing homelessness.

Homeless deaths are up 36% in Los Angeles County — with 1,141 deaths in the first 10 months of the year, compared to 837 in the same period last year, Carter said.

“That’s a rise of nearly four deaths per day,” Carter wrote in a court order Wednesday. “Even accounting for 47 Covid-19-related deaths through October, this means at least a 31% rise of deaths amongst our homeless citizens.”

As a result of the suit, the city and county reached a joint agreement to provide 6,000 beds for persons experiencing homelessness by April and an additional 700 beds in the months thereafter. However, the per-unit costs of temporary housing and funding issues remain in dispute.

In a recent court filing, the city reported that hundreds of people experiencing homelessness in Los Angeles have left the streets and entered housing since June. Shelter has been provided for at least 60 people previously living in tents near the Ventura (101) Freeway in the West San Fernando Valley.

The suit was filed in March by the L.A. Alliance for Human Rights, a coalition of nonprofit organizations, service providers, small business owners, residents and community leaders who seek to compel Los Angeles city and county officials to address the homelessness crisis.

Carter has focused on removing homeless people from campsites located near freeways due to health concerns. However, without an anti-camping ordinance making it illegal for indigents to return to their encampments, momentum has slowed.

Carter said the next hearing in the case would be in January at or near the Union Rescue Mission on Skid Row.