You can buy Halsey’s tour art and support abortion funds 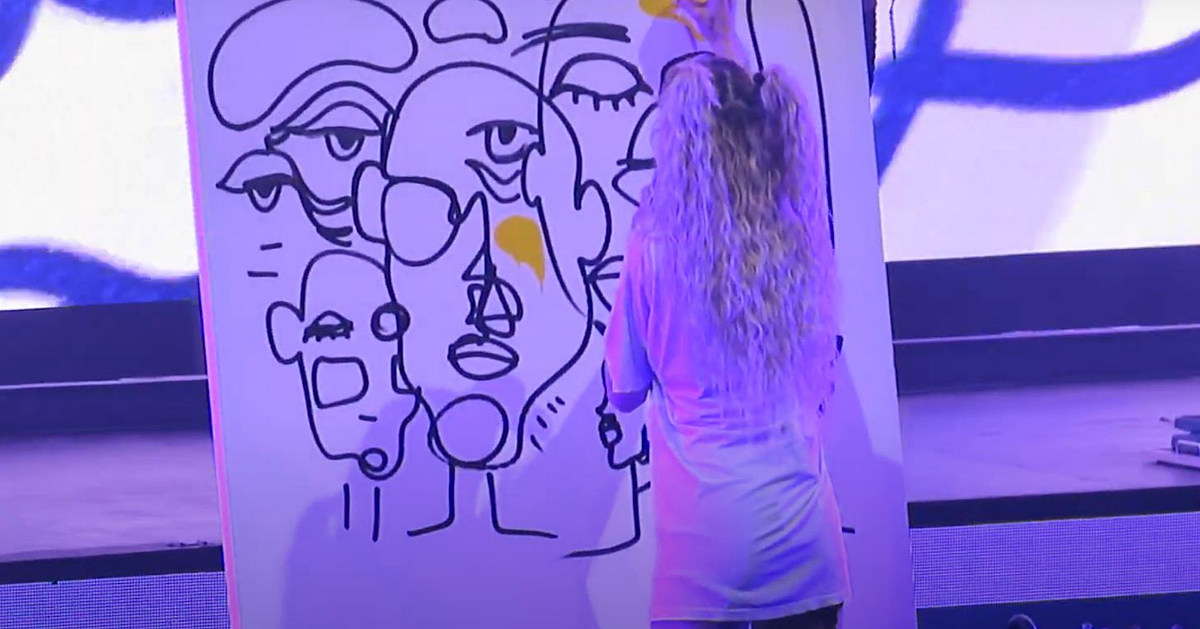 Halsey has long been a staunch promoter of reproductive rights. Their latest act of support for the movement is auctioning off five paintings they created onstage during their Love and Power tour.

The works are being sold as part of Sotheby’s Contemporary Discoveries auction, and all proceeds will be donated to the National Network of Abortion Funds.

Read more: Halsey calls out concertgoers who left when they defended abortion

Halsey painted the pieces as they performed in Portland, Detroit, Alabama, Boston and Nashville. Each is estimated to go for $5,000-7,000.

All of the paintings are available to view in person at Sotheby’s in New York City. Sotheby’s will be accepting bids until July 19 at 6:15 p.m. BST via their website.

Recently Halsey wrote an essay for Vogue about suffering three miscarriages before their 24th birthday.

“Many people have asked me if, since carrying a child to term after years of struggling to do so, I have reconsidered my stance on abortion. The answer is firmly no. In fact, I have never felt more strongly about it,” Halsey wrote. “My abortion saved my life and gave way for my son to have his. Every person deserves the right to choose when, if, and how they have this dangerous and life-altering experience. I will hold my son in one arm, and fight with all my might with the other.”

Check below for a video of Halsey painting a piece during their show in Boston.