With Next Phases Set, Marvel Homes in on Directors 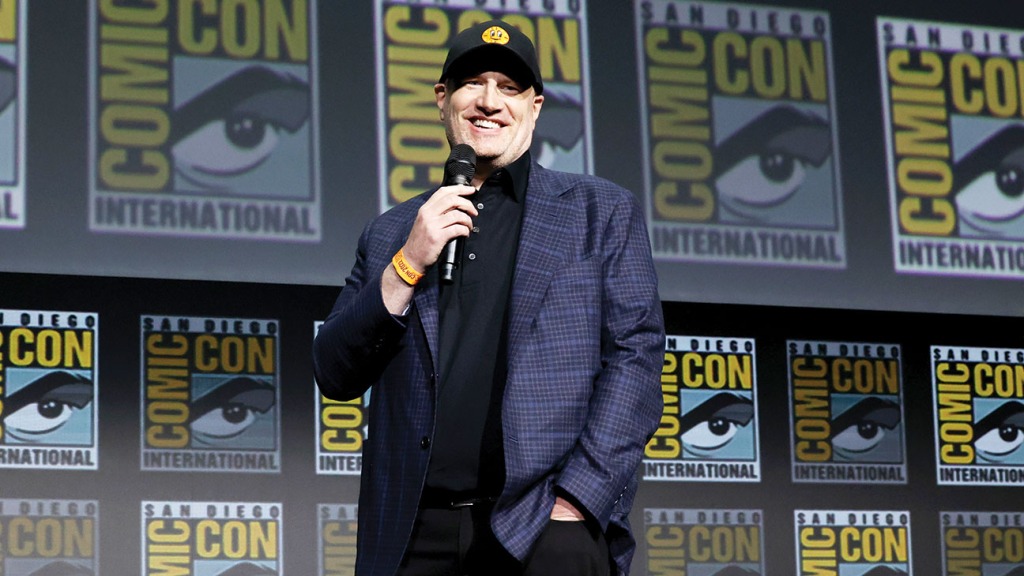 Marvel Studios may have once again whipped the fans at Comic-Con’s Hall H into a mind-melting fervor by laying out a timeline of movies and shows until the close of 2025, but there was no time for a victory lap or even a breather. Multiverse sagas don’t build themselves, you know? So the day after Comic-Con wrapped, Marvel head Kevin Feige was bound for the sets of projects currently shooting, including season two of multi-Emmy-nominated series Loki and additional photography on The Marvels, both due out in summer 2023.

The company, which is in prep to begin shooting Blade in Atlanta in October and will release Black Panther: Wakanda Forever in November, is now setting up the generals to implement the plans across its giant chessboard. Destin Daniel Cretton, who helmed Shang-Chi and the Legend of the Ten Rings for the studio, has been enlisted to helm Avengers: The Kang Dynasty, one of two Avengers movies that will help close out Phase 6 in 2025.

Marvel also confirmed that Bassam Tariq is directing Blade, scheduled for a Nov. 3, 2023, release; Julius Onah is set for Captain America: New World Order, which will star Anthony Mackie as Captain America and open May 3, 2024; and Jake Schreier (Paper Towns) is directing villain team-up Thunderbolts, which will close out Phase 5 with a July 26, 2024, release. The studio is actively hunting for a filmmaker for Fantastic Four, which in April lost Spider-Man helmer Jon Watts and kicks off Phase 6 on Nov. 8, 2024.

Over at Fox, Fantastic Four previously had a pair of Chris Evans-starring films in the aughts, as well as a disastrous box office miss in 2015 from director Josh Trank. Feige compared Marvel’s new take on the heroes to its pact with Sony to bring Spider-Man into the MCU, noting this will not be another origin story. “A lot of people know this origin story. A lot of people know the basics. How do we take that and bring something that they’ve never seen before?” said Feige, who added that given the superteam launched the Marvel Comics universe back in 1961, “We’ve set a very high bar for ourselves with bringing that to the screen.”

Marvel is generally tight-lipped when it comes to revealing its upcoming plans but disclosed more than any fan could have imagined at the Hall H presentation. Perhaps it felt a certain amount of pressure from fans. Even as its movies have raked in the big bucks — the latest, Thor: Love and Thunder, crossed the $600 million mark in about two and a half weeks — audiences have been wondering, nay, demanding to know what the overarching goal was for the phase of movies the company was releasing post-Avengers: Endgame, the 2019 epic that climaxed Phase 3 while setting box office records, including, for a time, being the highest-grossing film of all time at $2.79 billion.

“It’s about resetting the MCU and meeting all these new characters,” said Feige in Hall H regarding what the aim of the movies since have been.

One film not discussed during the Hall H panel was Deadpool 3, which will be the first R-rated film in the MCU’s history and follows star Ryan Reynolds’ previous projects at Fox. Feige noted the studio historically takes big swings with part threes. “How do we elevate it in the way we’ve been able to with Civil War, and Infinity War and Ragnarok?” said Feige. “It’s very fun to be in the world of the Ryan Reynolds show.”

Marvel’s new openness won’t end at Comic-Con. From Sept. 9-11, the company will be back on the stage, this time for the all-things-Disney convention, D23. More footage will be shown and secrets will be revealed.

2022-07-27
Previous Post: The Moonage Daydream trailer is a vivid tribute to a rock legend
Next Post: Johnny Depp’s attorney Camille Vasquez: I was ‘lucky’ to represent him in court