Will the Academy Keep Up the Forward Momentum for Women Directors? 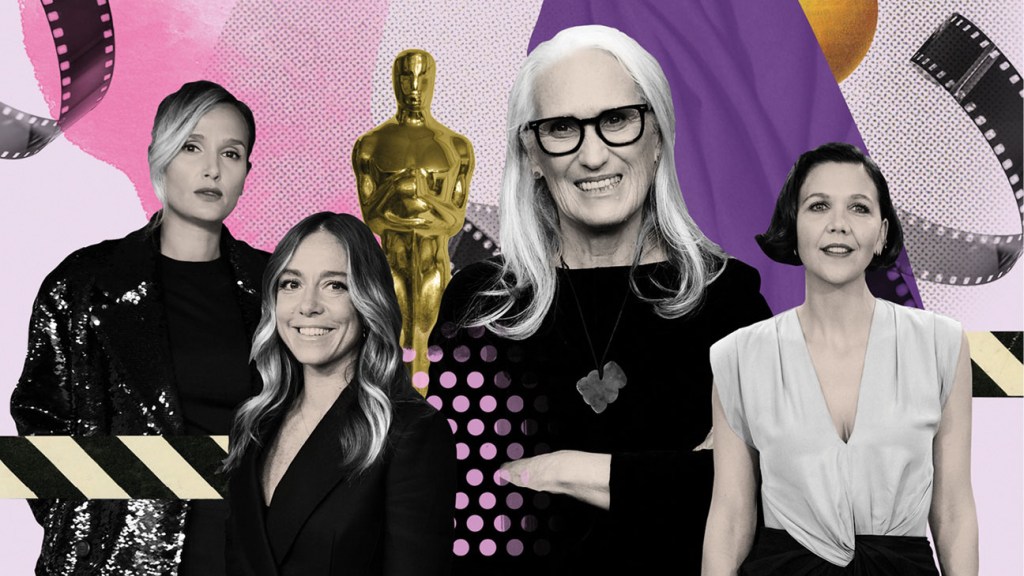 While it’s still early in the Oscar race, there already are a few titles on everyone’s must-see list. Among them is The Power of the Dog, written and directed by Jane Campion — best known for her Oscar-nominated direction of The Piano 28 years ago, which made her the first female director to win the Palme d’Or at Cannes. Campion looks like a strong bet to land a best director nomination for the Netflix Western. That would not only be a rare triumph, given that women have so often been overlooked in the category, but also would make history, as no woman has ever been nominated in the category twice.

Indeed, only seven women in 93 years have ever been nominated for best director — and only two have won. Lina Wertmüller was the first woman to score a nomination, for Seven Beauties in 1977 at the 49th Academy Awards; it would be another 16 years before Campion was nominated for The Piano. In 2004, Sofia Coppola was nominated for Lost in Translation. And, then, in 2010, Kathryn Bigelow was nominated — and won, making her the first woman to do so — for The Hurt Locker. In 2017, Greta Gerwig earned a nomination for Lady Bird. And in 2020, Chloé Zhao and Emerald Fennell were nominated for Nomadland and Promising Young Woman, respectively — the first time multiple women were nominated in the category in the same year — and Zhao became the second woman to win.

“The women don’t get nominated, but their films do,” one awards strategist tells THR. “A number of women who directed films get best picture nominations, but not best director, and I don’t see that as much progress. This year, you could have two or three films directed by women that get best picture nominations, and maybe one of them will get best director.”

The Academy comprises 17 branches — actors, directors, cinematographers, costume designers, editors, etc. — each of which chooses the nominees for the category or categories relevant to their area of expertise; the entire Academy, however, weighs in on the best picture category. Since 2009, the Academy has been able to select more than five best picture nominees, but not more than five best director nominees, which might explain some of the picture/director discrepancies. But it’s hard not to assume that the demographics of the Academy aren’t also a factor. Even after the push in recent years to diversify the 10,509-member organization, it is still 66.5 percent male members — in the directors branch, it’s 75.6 percent male. The directors branch is in no way the most male-comprised, however: The cinematographers (90.2 percent), sound (86.2 percent) and visual effects (90.1 percent) branches have higher percentages, according to the Academy’s most recent membership numbers.

This year, frontrunners in the best director race include Campion, as well as Kenneth Branagh (Belfast), Denis Villeneuve (Dune) and Asghar Farhadi (A Hero). But also very much in the conversation are more female filmmakers than ever, including Julia Ducournau (whose Titane won the Palme d’Or at Cannes this year), Maggie Gyllenhaal (The Lost Daughter), Rebecca Hall (Passing), Sian Heder (CODA), Emma Seligman (Shiva Baby) and Liesl Tommy (Respect). Should Campion earn a nomination, she will have achieved something that has eluded everyone before her, most notably Coppola with 2006’s Marie Antoinette and 2017’s The Beguiled, Bigelow with 2012’s Zero Dark Thirty and Gerwig with 2019’s Little Women: namely, a return invitation.

“Being in the conversation is more than half the battle,” another awards strategist tells THR. “There are more conversations than ever happening about inclusion, diversity, the male gaze, the female gaze — all the things that are playing into how we are looking at the world and specifically at films and who is creating them and what their voice means in not only cinema but the greater cultural landscape.”

The strategist, reflecting on the Oscars ceremony earlier this year, adds, “I am feeling emboldened by Chloé’s win. Sometimes it looks like we take two steps back and two steps forward, but that happens everywhere … Chloé [Zhao] didn’t win because she’s a woman. She won because she made a film that resonated with a lot of people.”

And this season, so has Campion — as have many other women.

This story first appeared in the Nov. 17 issue of The Hollywood Reporter magazine. Click here to subscribe.

2021-11-21
Previous Post: Spotify Disabled Auto-Shuffle on Albums, All Thanks to Adele
Next Post: 'The Mandalorian' star Pedro Pascal memorializes Rittenhouse attackers, says they were 'murdered'