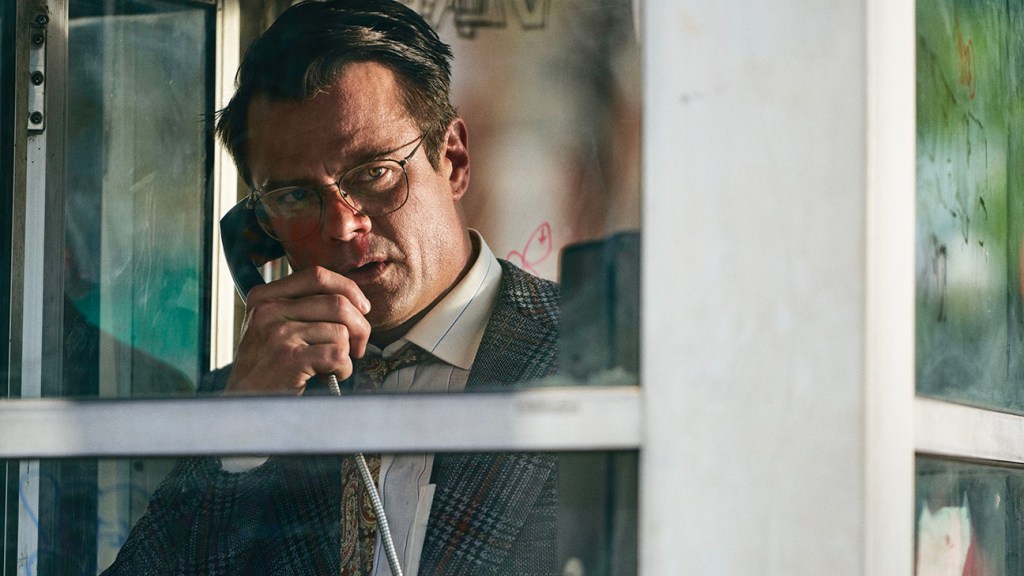 Toronto and Vancouver routinely double as New York City, Chicago and other American cities in Hollywood movies and TV series that tap generous tax credits and currency savings when shot in Canada.

But in what Canadian director Allan Ungar claims is a first, he had to re-create 1980s Ottawa, Vancouver, Toronto, Winnipeg and Edmonton in modern-day Georgia to shoot his bank robber drama Bandit, which stars Josh Duhamel, Elisha Cuthbert, Mel Gibson and Néstor Carbonell.

“In certain parts of the U.S., people are very patriotic. And so it was very bizarre for some of the locals to be walking down Main Street and see Canadian flags everywhere,” Ungar tells The Hollywood Reporter ahead of Bandit getting a theatrical release on around 100 North American screens starting this Friday.

Ungar had originally been set to shoot in Canada his true-life movie about American Gilbert Galvan Jr., played by Duhamel, who escaped from a Michigan prison and crossed the border in 1985 to assume a new identity and rob, in all, 59 Canadian banks and jewelry stores as part of a cross-country crime spree.

Because Galvan Jr. would often rob a bank at one of end of Canada and quickly board a plane to be home the same evening, he became known as the “The Flying Bandit.”

“This guy literally racked up 160,000 Aeroplan miles and used those points to fly himself first class around Canada, robbing banks in pretty much every province. It’s just a wild story,” the Bandit director explains.

It was the COVID-19 pandemic, however, with its requirement that Hollywood actors quarantine for 14 days before stepping onto a Canadian film set, that made luring American talent across the border to work on Bandit impractical.

“It’s a really hard sell to convince actors to come to Canada during a time when they’d be spending more time quarantining in a hotel room than actually working on set,” Ungar recalls. So the producers on Bandit, Goldrush Entertainment, shifted production to Georgia, where the local film tax credit was itself a draw, along with welcoming locals.

Except for wary bank workers, it turns out. “Nothing is more awkward than walking into a bank on a location scout and having the managers listen to you talking about all the ways you could rob that bank,” Ungar recounts.

To allow Duhamel to play Canada’s John Dillinger, the movie’s producers relied on banks in the Peach State that had been shut down, or built bank teller wickets and safe deposit box areas in a film studio. And for exteriors, Ungar embraced tight camera shots and computer generated removal of modern-day buildings to get a Canadian look in rural Georgia.

“Ultimately, it came down to know exactly what we needed in each scene and saying, ‘If this is going to be a street corner, we need the Canadian mailbox, a couple Canadian flags and some really polite extras saying sorry a lot,’” the director jokes about the American stereotype that Canadians are especially apologetic to avoid conflict.

That and classic Southern hospitality allowed Georgia to double as Canadian city centers in Bandit. “It’s Canada with a Southern drawl,” Ungar adds.

Bandit is also getting a simultaneous on-demand release via Quiver Distribution on Friday.