What is wrong with Jordan Spieth? How 2015 Masters champion stumbled from superstar trajectory 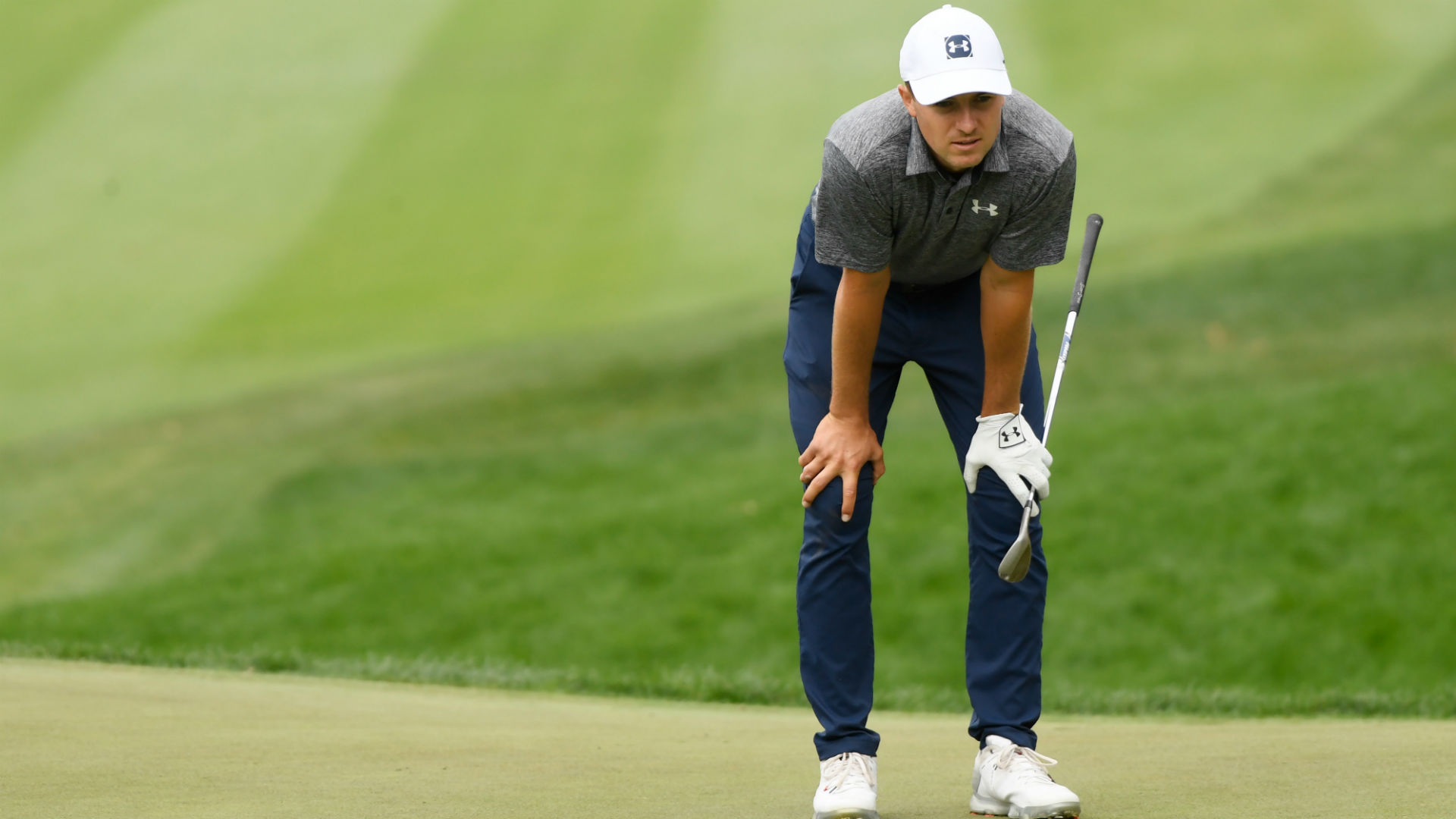 Jordan Spieth captured the golf world’s imagination in 2015. In the year he turned 22, Spieth won two major championships and finished runner-up in another.

Since then, though, it hasn’t been a straight line toward all-time greatness for Spieth. He’s won one more major, but he hasn’t won a PGA tournament since 2017. That’s not to say Spieth has fallen off a cliff, but he enters the 2020 Masters ranked No. 80 in the world, a far cry from his days at or near No. 1, and as only the 19th favorite to win based on betting odds.

Still only 27, there’s time for Spieth to return to a trajectory that was having his name whispered among pantheon-level golfers. He himself has pointed to physical issues with his game that still require fixing, while others have said it’s a mental problem for Spieth. The only thing the golf world can know for sure is that tournaments can only be more fun if Spieth returns back to his contending and winning ways.

How many majors has Jordan Spieth won?

Entering the 2020 Masters, Spieth has won three majors in his professional career. They are as follows:

Spieth’s best finish at the PGA Championship was a second-place position at the 2015 edition of that event. Those three major wins for Spieth all came by the time he was 23, at which point he had won 11 PGA tournaments overall.

What is wrong with Jordan Spieth?

When Spieth was at his peak, he was regarded as a world-class ball striker. While it’s not as simple as one statistic, CBS Sports pointed to Spieth’s tee-to-green rankings by year to show how Spieth’s ball-striking has regressed in recent years. After ranking 25th in 2016, second in 2017 and 23rd in 2018 in strokes from tee-to-green, Spieth fell to 157th and 161st in those rankings in 2019 and 2020, respectively. Spieth enters the 2020 Masters ranked No. 80 in the world.

Speaking on the NoLayingUp podcast in 2019, Spieth pointed to his putting as the root of his struggles. He said his “alignment got off because my eyes were not seeing where the putter blade was actually pointed, and therefore I couldn’t trust it.” That “bled” into the rest of Spieth’s swing, he said. And when Spieth’s swing became inconsistent, he looked to make changes that in turn made it even less consistent, he added.

Spieth described the key to his swing in a pretty simple sentence in that podcast: “I just had to time to the club better over the past year or so than I’ve ever had to do.” That suggests that at Spieth’s peak, his swing was so locked in, so consistent, that he could focus on the intricacies of a single shot. But in the midst of his struggles, Spieth had to think about how actually to get his club timing down just to make ideal contact, let alone where he wanted to hit the ball based on his specific shot scenario.

After winning 2017’s The Open Championship, giving Spieth 11 PGA wins while just 23 years old, he wasn’t won again. There’d been signs of a Spieth downturn when he blew a big lead at the 2016 Masters, but he bounced back for four more wins, including The Open, after that. Spieth continued to put up scores well-under par, but he just wasn’t winning. Inconsistencies on a few shots were all it took to come up short.

There’s no one place to point for Spieth, who has missed the cut in three of his last five tournaments. What’s clear is that he still isn’t quite right and is still battling swing inconsistencies. No one has doubted Spieth’s peak talent, but until his ball-striking allows him to get to that peak more consistently, it’ll be tough for him to find a win.

How to return Jordan Spieth to a major winner

It’s not hard to find folks trying to “fix Jordan Spieth” — all it takes is one quick Google search. And while many of the names that pop up don’t immediately scream “reputable,” Gary Player does.

The nine-time major champion Player gave an interview on SiriusXM in May where he broke down how he’d help Spieth.

“Long hitting is the most overrated thing in golf,” Player said. “The thing that wins a golf tournament is the mind — and we haven’t even begun to understand the mind. There are lot of things that are so hidden, so debatable. There are amazing things about golf…the swing takes one second, and there have been three million books written about it.”

Player’s right that there’s still a lot that goes without understanding in the mind. Not that Spieth has them, but the yips are a perfect example (please, never regress to Charles Barkley’s swing, Jordan). Spieth’s comments on the podcast referenced above point to the 27-year old being a deep thinker about his game. When it’s going wrong, that’s probably not especially helpful.

But Spieth being thoughtful about his game also gives him a chance to return toward the top. It’s long past time for Spieth to recapture his exact swing and game of old — instead, the still young and athletic Spieth needs to take his raw talent, combine it with his mind and create a new, winning version of himself.

No matter how far Spieth falls, he’ll still have won three majors and 11 PGA tournaments by the time he was 23. Winless year after winless year have dampened thoughts of Spieth becoming one of the best players of all time. But if Spieth can lock in mentally and physically a bit more consistently, the way he did when he stormed to a record-tying Masters tournament in 2015, Spieth can return to being one of the best players of his time.