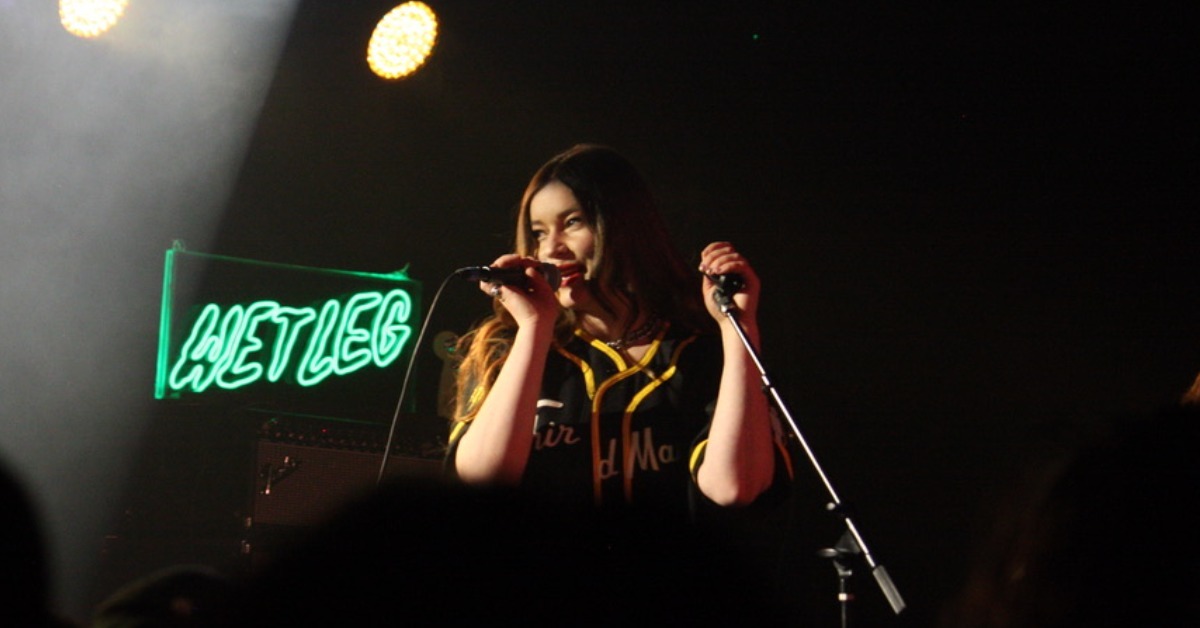 The duo are as tongue-in-cheek as ever with this release. The track opens with a pointed diss at an ex-boyfriend, “When I think about what you’ve become/I feel sorry for your mum.”

In a press release, Rhian Teasdale shares, “I was pretty angry at the way things had gone in this particular dynamic. It’s just a diss song I wrote to make myself feel better. It worked.”

Additionally, Lava La Rue, who directed the music video, spoke about the inspirations behind the visual.

“The ‘Ur Mum’ video was all about bringing the viewer into the Wet Leg world,” they explain. “Sprinkling details throughout the visual that not only reference at least [four] songs off the album, but also plenty of inside jokes within the band, too. Artistically, it shows where the aesthetic of American indie films like Napoleon Dynamite fit perfectly in the scape of rural British settings. This concept first came to me when the band took me to [Isle of Wight] for the first time — I saw the connection, and it all clicked into place.”

Check out the music video for “Ur Mum” below.