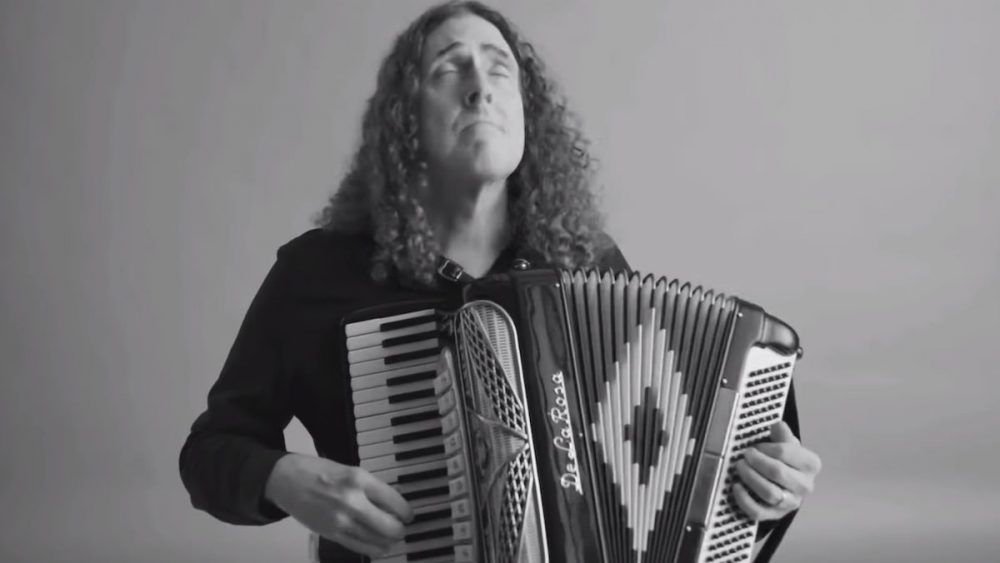 In 2006, Weird Al Yankovic paid homage to the alt-pop duo Sparks in his parodied “Virus Alert” on his Straight Outta Lynwood album. Having already appeared in the Sparks documentary, directed by Edgar Wright earlier this year, Yankovic dropped an accordion cover of the Mael brothers’ “This Town Ain’t Big Enough for Both of Us.”

“Edgar asked me to bring my accordion to the Q&A session and perform the Sparks classic for him, and I gladly obliged,” Yankovic said in a statement. “I’m sure I could have played it better, but Edgar was happy with the first take – one and done, baby!”

Yankovic’s performance is featured in the bonus disc of the Blu-Ray release of The Sparks Brothers.

Last October, SPIN‘s Jonah Ray interviewed Yankovic for our Artist x Artist series. Fun fact: Everyone’s favorite weird old guy was one of the first people SPIN wrote about back in 1985, with our profile on his glamorous life in the ’70s and ’80s.

2021-11-02
Previous Post: Taylor Swift and Saweetie to Appear on SNL This Month
Next Post: PHOTOS — Costumes and Concerts Light Up Outside Lands 2021