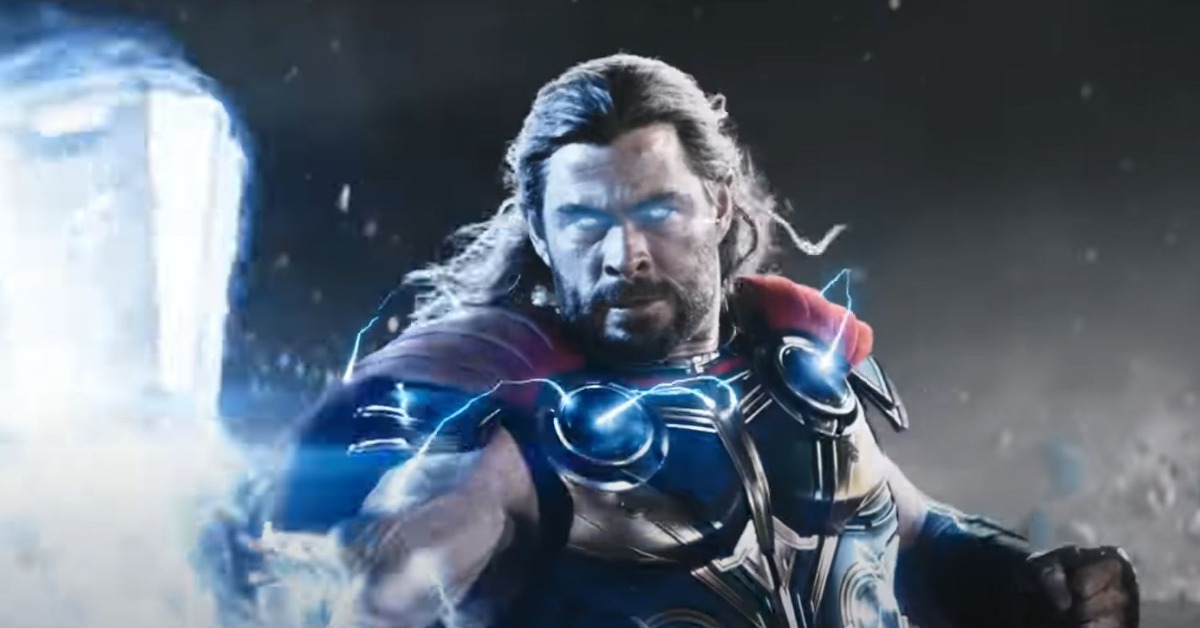 Marvel has released a new trailer for Thor: Love And Thunder. The film hits theaters July 8.

The film stars Chris Hemsworth as Thor and Natalie Portman as Jane Foster. Taika Waititi has returned to direct the movie.

The trailer begins with Korg (Taika Waititi) exaggeratingly recounting Thor’s escapades and catching viewers up on what the God of Thunder has been up to. After that, Thor sees his precious hammer, but the reunion only lasts a moment before Mjollnir flies back to someone else’s hand, Jane’s. Seeing an ex is always tough, especially when they take your weapon and name.

The two must join forces to journey across multiple pantheons and defeat Gorr The God Butcher (Christian Bale).