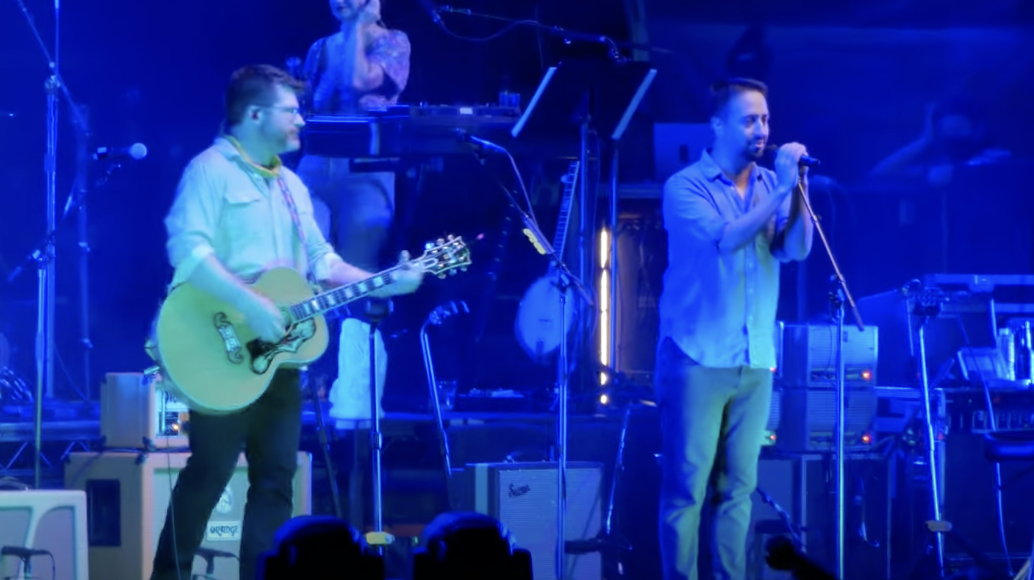 The Decemberists fans got quite a surprise last night (Aug. 23) during the band’s show at New York’s Central Park SummerStage, as Colin Meloy and company brought out Hamilton creator Lin-Manuel Miranda to join in on “Ben Franklin’s Song.”

Miranda helped The Decemberists build the track back in 2017. Miranda had some leftover lyrics from Hamilton and specifically wanted to collaborate with The Decemberists to bring his words to life. “Ben Franklin’s Song” was eventually released later that year as the first track from Miranda’s Hamildrops song series project.

During the encore at last night’s show, the band warned parents in the crowd that some vulgar language was about to be heard, as the song’s chorus includes the line “Do you know who the fuck I am?” Miranda walked onstage about a minute into the performance amid big cheers from the audience.

The Decemberists are winding down their “Arise From The Bunkers” tour, which wraps Aug. 28 in Atlanta. The band’s most recent album release was 2018’s I’ll Be Your Girl.