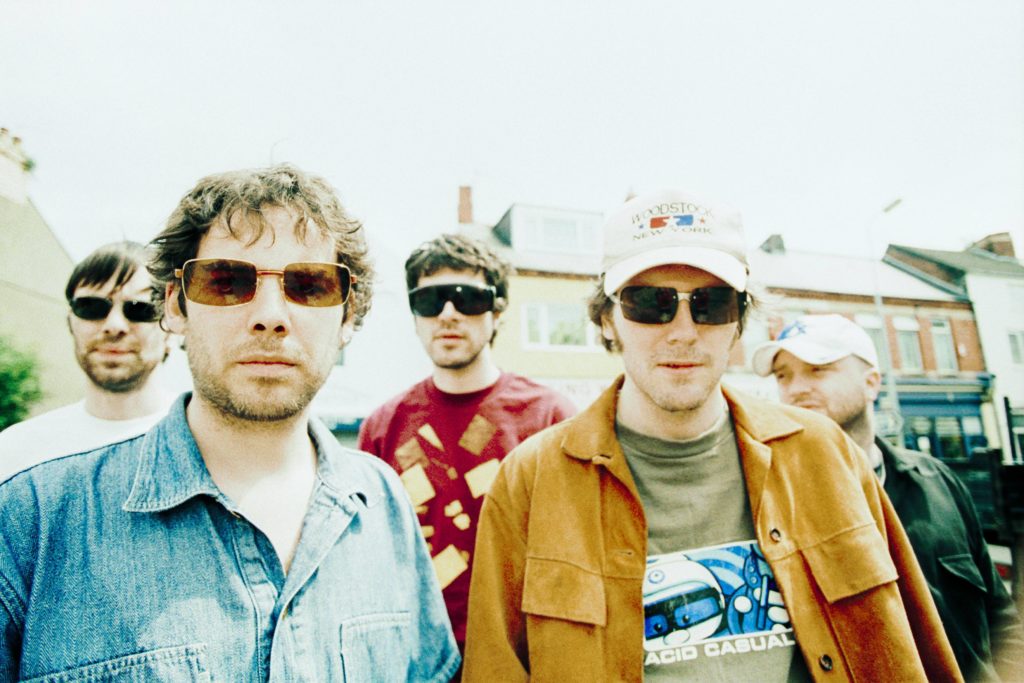 For one night only, Super Furry Animals will launch SFA TV to mark the 20th anniversary reissue of Rings Around The World.

The pop-up television station celebrates the John Cale and Paul McCartney-featured record. Fans can watch the premiere of The Making of Rings Around The World short film at 8 p.m. BST on September 2 on the group’s YouTube channel. A restored “Receptacle For The Respectable” video will also premiere at 8:20 p.m. preceding a Rings Around The World TV special by the Welsh Music Podcast at 8:25 p.m.

Rings Around The World is one of SFA’s classic records. They completed a portion of the album at Bearsville Studios in Woodstock, New York. The sessions began after the band was stranded roadside by a couple driving team following a club tour, and “the following weeks featured baby bears, fireflies, and paranoid, Blair Witch Project-reminiscent Forest walks.”

The digital event also brings in the band’s first non-fungible token release of four 3D animations that reimagine the original skull album cover, including a 2 LP vinyl, CD, 3 x disc expanded CD, and digital formats of the album, out on September 3.

The new sleeve design will be released in  editions of between one iridescent version (starting bids -£1000, or approximately $1,385.60) to 100 copies. If you’re in Tokyo, Berlin, Paris, or New York, blink-and-you’ll-miss-it animations will appear on digital billboards.

Information on pricing and availability of the NFT release can be found on this website or the band’s social media channels.