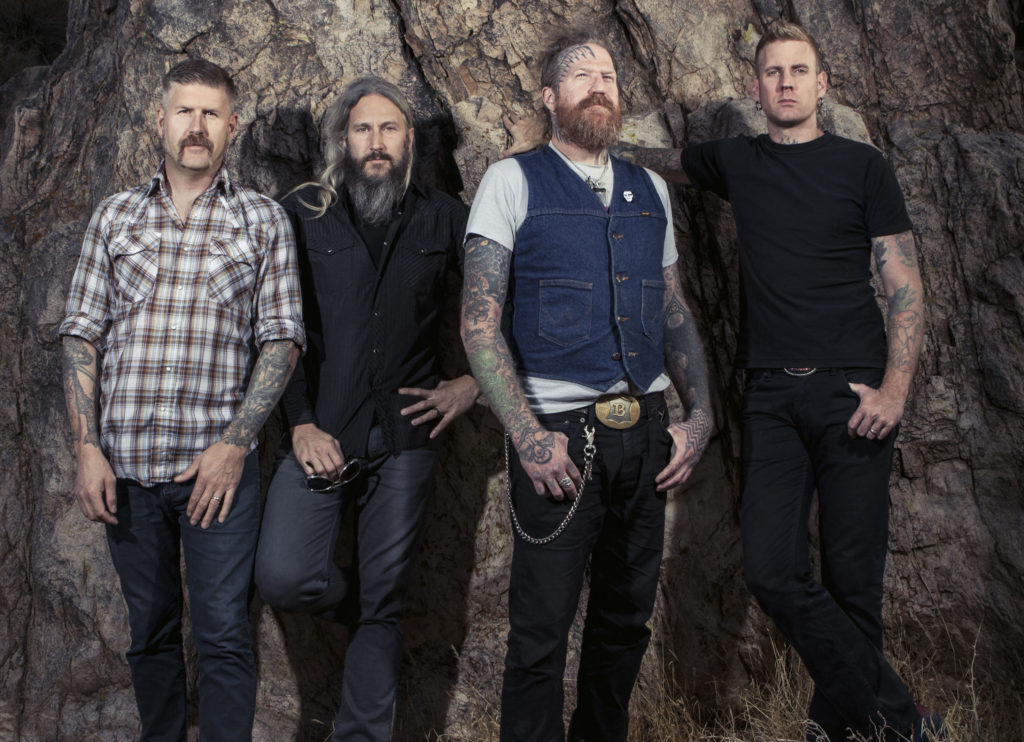 Grammy-winning metal band Mastodon just dropped a suspenseful, Matrix-inspired video for their new single, “Pushing the Tides.” The single will appear on their forthcoming album, Hushed And Grim, out October 29 via Reprise Records.

In the video, two red and blue-masked captives are sent into a maze, and only one of them will arrive in time for dinner with the demented old folks watching their journey, like the game makers in The Hunger Games. The red mask finds a giant hand in the sky that leads him to his death by a cook, as he is oiled, salted, and knifed in a kitchen. Blue mask turns out to be the lucky one, arriving just in time to open the metal cloche over his meal, presumably covering the red-mask’s guts.

The band recorded all 15 tracks of Hushed And Grim in their hometown of Atlanta. Collaborating with producer David Bottrill, the record encompasses rock, punk, metal, and alternative, and is in memory of their late longtime manager Nick John. This is the group’s most ambitious work to date, and simultaneously encapsulates a dark time of loss and respect for their friend. John died in 2018 following a battle with pancreatic cancer.

The highly anticipated ninth album is available for pre-order. This will mark the quartet’s first double album and newest record since the 2017 Emperor of Sand, which landed a Grammy win for “Best Metal Performance.”

2021-09-10
Previous Post: Green Day Officially Release Live Cover of ‘Rock and Roll All Nite’
Next Post: Deb Never’s new ‘Where Have All The Flowers Gone’ EP is a must listen