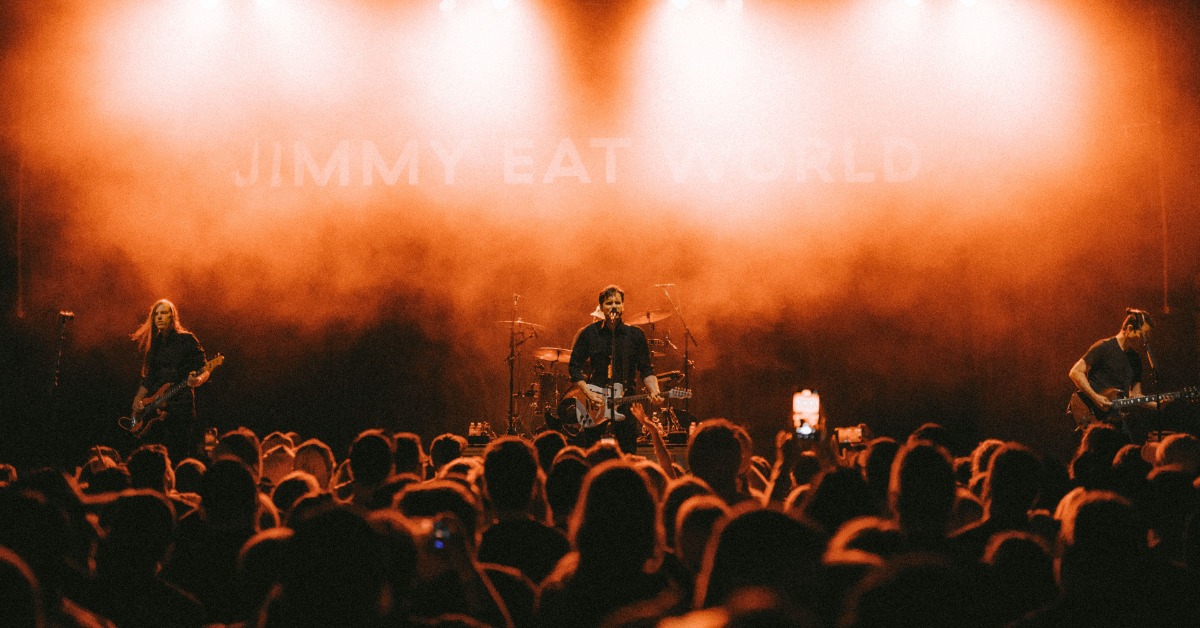 The video was co-directed by the band and Austin Gavin.

Read more: Jimmy Eat World, Pinkshift and 8 other things you need to check out this week

In “Something Loud,” Jim Adkins cries out, hoping to learn just how much or little people change over time. Some ideas persist, molding the minds they live inside while others disappear after a moment’s consideration.

The video’s construction is relatively simple. Jimmy Eat World perform the song with amazing vigor, but the visual undermines their energy with its lack of color. Even here, the track’s message remains clear and the band will push to remain a “part of something loud” even as other aspects begin to fade away.

Adkins spoke on the song’s meaning in a press release.

“While I thought I made the most of the early band days, I realize now I missed some stuff,” Adkins says. “You’re in such a hurry to grow out of the formidable years. Like shit-togetherness is going to magically arrive when you hit some age you thought ‘grownups’ were. Yeah, it doesn’t work that way. But maybe the thing age and experience do reveal is that pivotal moments are hard to grasp when you are in them.

Jimmy Eat World are set to tour the U.S. with Charly Bliss starting Aug. 19 in Denver. Be sure to get your tickets here.

Check below for “Something Loud” and a list of tour dates

2022-06-10
Previous Post: Carol Burnett, Steve Carell Toast Julie Andrews at AFI Life Achievement Gala: “A Great Dame In Every Sense of the Word”
Next Post: Steve Aoki and Taking Back Sunday link on “Just Us Two”—watch