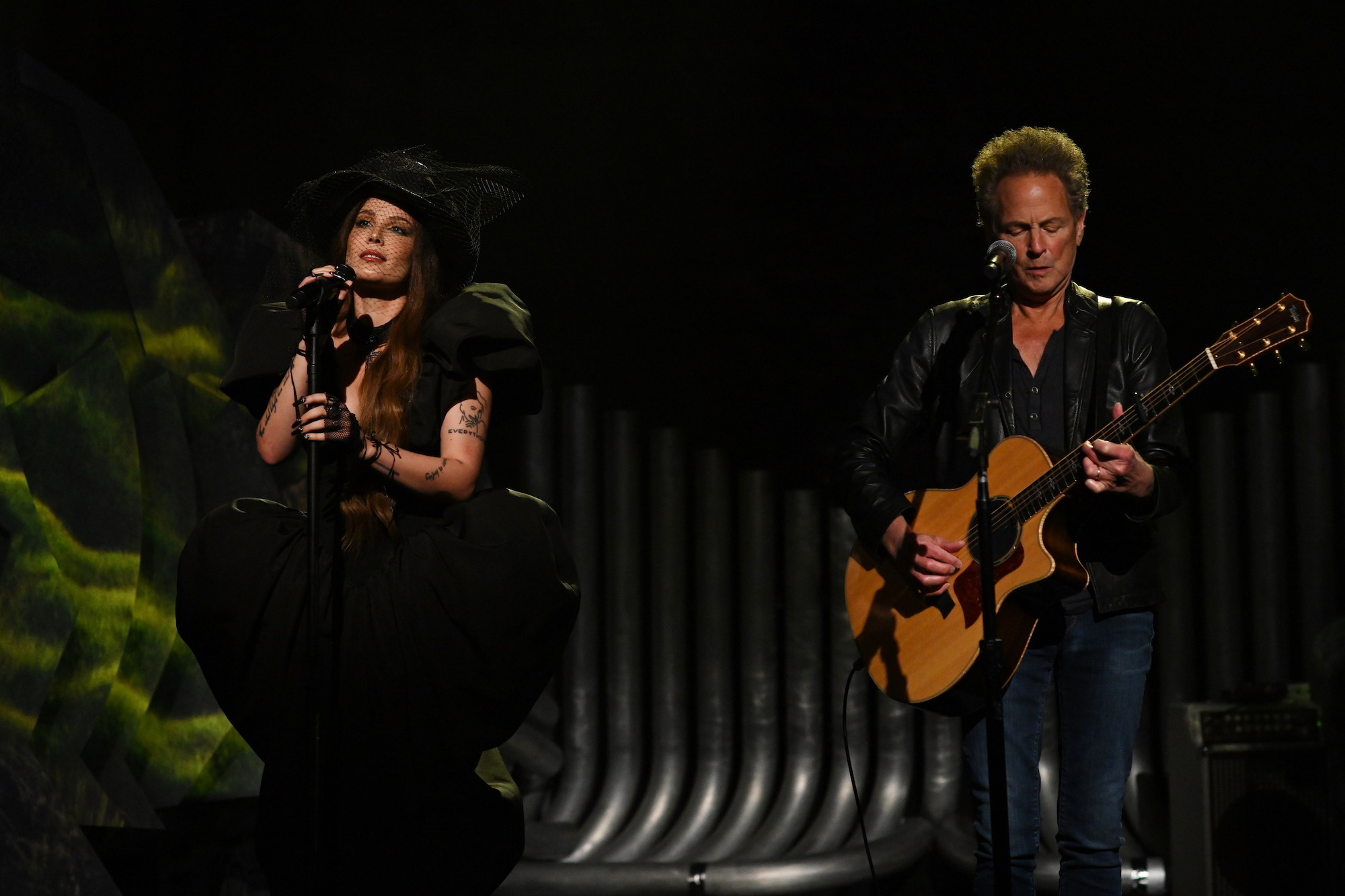 Halsey made their fourth appearance as Saturday Night Live‘s musical guest last night, where they performed two songs off their latest album If I Can’t Have Love, I Want Power. The pop star sang their latest single “I am not a woman, I’m a god” for their first selection, donning a futuristic suit on a sci-fi set thought up by filmmaker Michel Gondry. Halsey was joined by Lindsey Buckingham for their second song, “Darling.” (The legendary guitarist is also featured on the recorded version of the track.) The aesthetic of that performance couldn’t be more different from the former. Both musicians stood regally behind their microphones, with Halsey channeling Buckingham’s former bandmate Stevie Nicks’ haunting look.

SPIN called Halsey’s Trent Reznor and Atticus Ross-produced fourth album “an industrial-leaning masterpiece” in a recent review, which you can read here.

Watch both performances below.

The episode also saw Kim Kardashian make her SNL hosting debut. She and Halsey both appeared in a sketch where Kim played her sister Kourtney and Halsey played Kendall Jenner.

Owen Wilson and Kacey Musgraves kicked off the 47th season of SNL last week. Next week, Rami Malek will take the hosting reins with Young Thug performing, and on Oct. 23 former SNL cast member and Ted Lasso star Jason Sudeikis will be the host, with Brandi Carlile making her SNL debut.

2021-10-10
Previous Post: LEGO’s Titanic Set Is the Company’s Largest Ever with 9,090 Pieces
Next Post: No Time to Die Wins Weekend Box Office Battle with $56M Debut