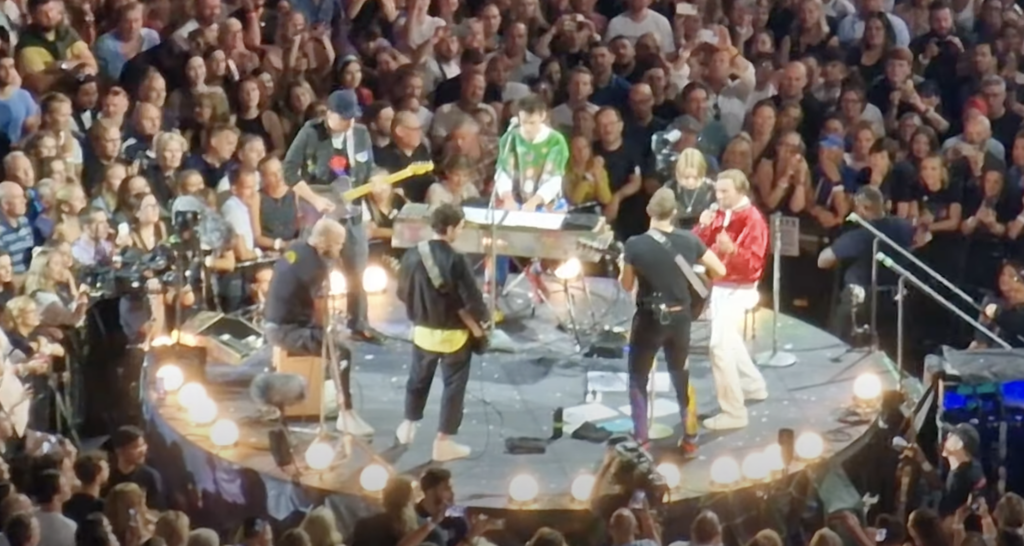 Coldplay has been bringing out special guests such as H.E.R., Craig David and Natalie Imbruglia during its six-night stint at Wembley Stadium, and at the penultimate show last night (Aug. 20), the band introduced comedian Steve Coogan — in character as the beloved Alan Partridge.

Joined by musicians Jacob Collier and Nicole Lawrence, the makeshift supergroup covered ABBA‘s “Knowing Me, Knowing You” and Kate Bush’s “Running Up That Hill (A Deal With God).” (“I liked her before anyone else,” “Partridge” noted before diving into the song, poking fun of the song’s resurgence thanks to Stranger Things.) Chris Martin gave the actor his mic during the performance, opting to strum his acoustic guitar and sing backup.

Watch fan-shot footage of the ABBA cover here and Kate Bush cover below.

Coogan wasn’t the only comedian Coldplay invited on stage. Before the pair of covers, Simon Pegg joined the band for “A Sky Full of Stars.” About a minute into the song, Martin stopped the music. After apologizing to the crowd, he said, “we just got in trouble for not introducing our tambourine player. He’s our brother, and we love him so much.”

The camera then panned to Pegg, and the audience erupted into applause. Before starting the song over, Martin asked if everyone could put their phones away and really be in the moment. Of course, not everyone listened, so you can watch footage from that performance, too.