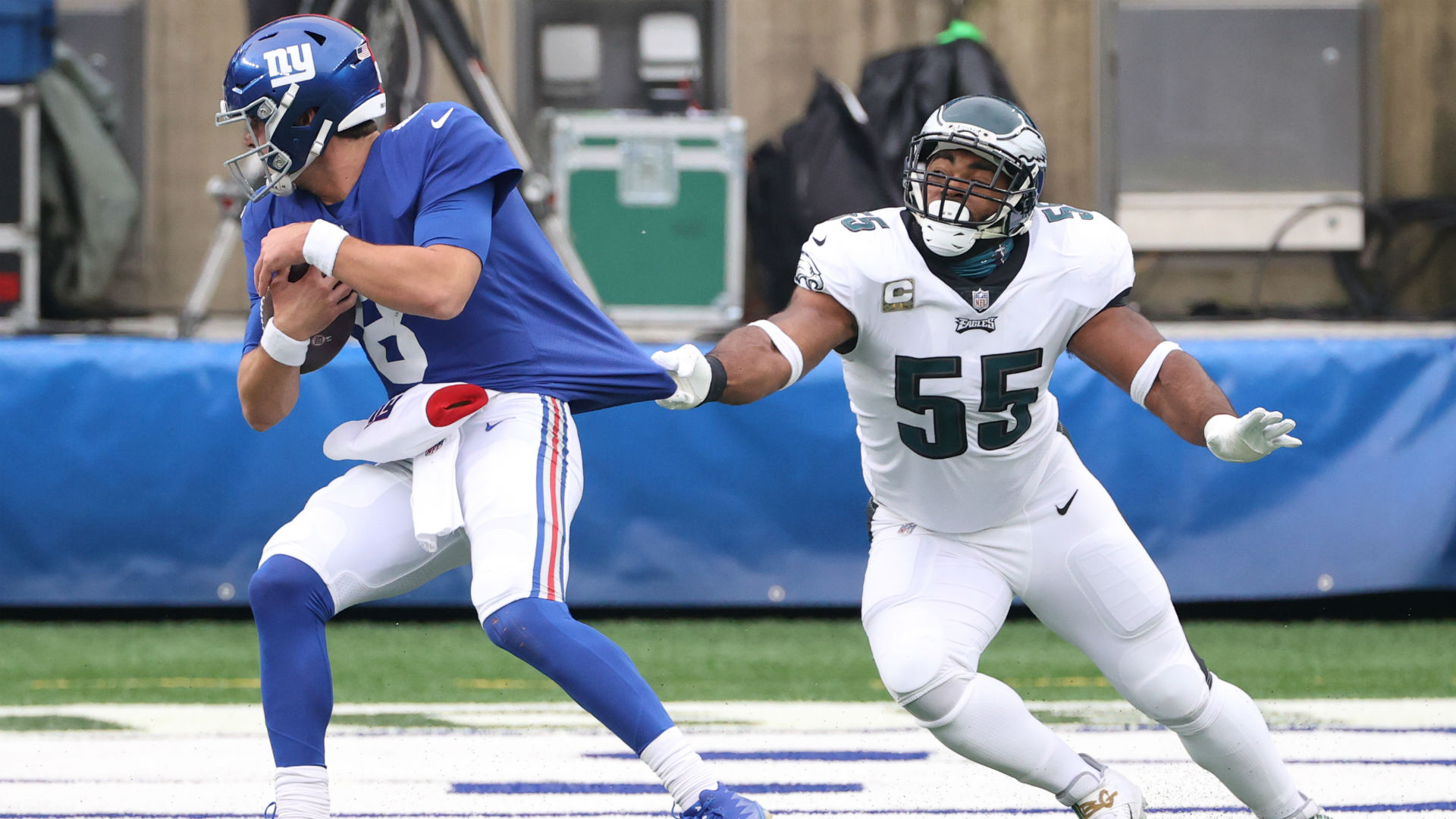 If the Giants were thinking about drafting a Daniel Jones replacement in the 2021 NFL Draft, they made their task harder with a win over the Eagles in Week 10.

The NFC East will still likely place three teams in the top 18 of the draft, but New York’s win Sunday dropped the Giants from the No. 4 pick to the No. 8 pick. Philadelphia is also in an interesting situation as its advantage in the division shrinks, because if they eventually lose the division lead, it would probably result in a top-10 pick for the Eagles. That’s where all the NFC East besides its leader resides right now: the top-10 picks (in this case, the top eight), with Dallas at No. 3, Washington at No. 4 and New York at No. 8.

There have been two teams rising through the draft order in recent weeks outside of the NFC East in the Panthers and Chargers. Carolina has lost five straight games to move inside the top-10, and the Chargers’ three straight losses have them inside the top five selections.

Below is the latest NFL Draft order for 2021, updated before Week 10’s Sunday night game.

(Picks 19-32 are held by teams currently in the NFL playoff picture .)

The Jets have been in control of the “Tank for Trevor Lawrence” all season long, and if they continue to have a ‘0’ in the win column, that won’t change. Our latest Sporting News mock draft continues to have New York selecting Trevor Lawrence to be their quarterback of the future out of Clemson.

Our recent mocks have also expected Justin Fields to go with the No. 2 pick. Jacksonville has been dealing with two sixth-rounders at QB this season in Gardner Minshew and Jake Luton, so nabbing Ohio State’s Fields at No. 2 overall could be the perfect way for the Jags to jumpstart their franchise.

Beyond the top two picks, things get more interesting. If the Cowboys choose to stick with Dak Prescott, Alabama cornerback Patrick Surtain II could be the pick, as could Oregon offensive tackle Penei Sewell. Washington could target those players or Penn State linebacker Micah Parsons (or a third quarterback like Trey Lance), while the Giants are in LSU wide receiver Ja’Marr Chase’s range.