This morning, Goldenvoice announced the lineup for this year’s Day N Vegas festival. The headliners are SZA, J Cole and…Travis Scott. It will be Scott’s first major American festival appearance since November’s Astroworld festival in Houston, where 10 people were killed during his Friday night set. Since then, Scott has kept a low profile, but Kanye West went after Billie Eilish after he wrongfully accused her of throwing shade at the rapper. There were rumblings that Scott would make a guest appearance during West’s ultimately-canceled headlining Coachella set.

See the full lineup below. 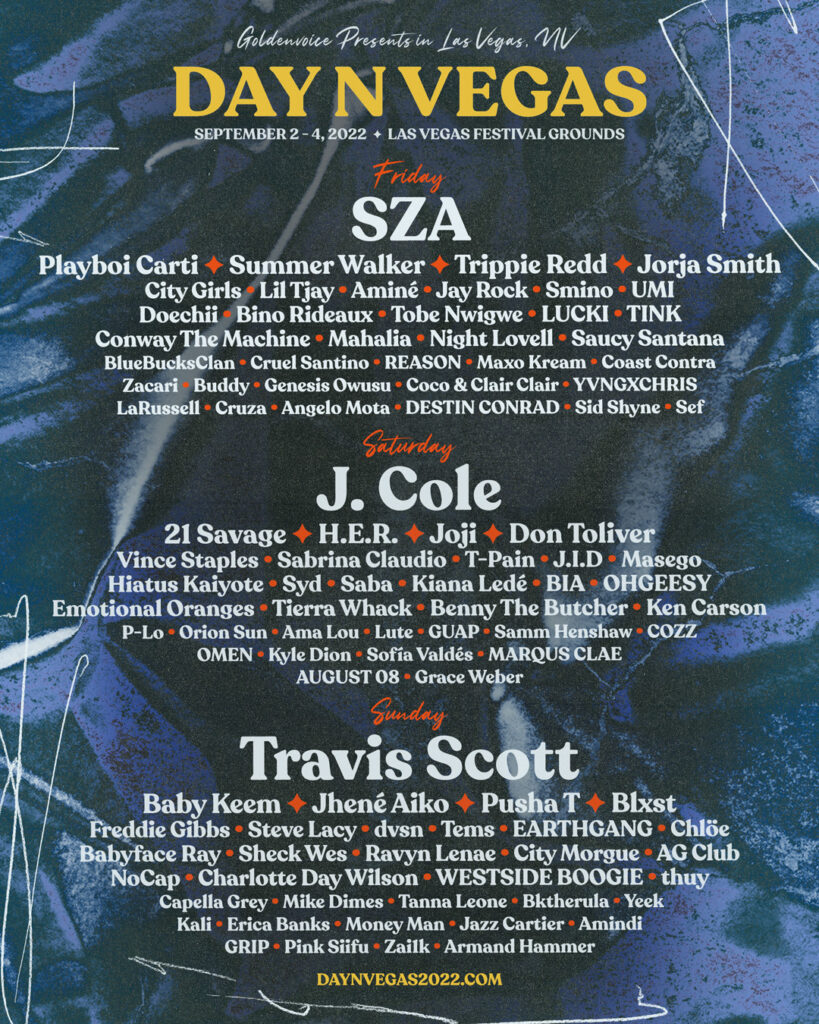 2022-06-07
Previous Post: Doll Spirit Vessel Will Be Your New Favorite Band
Next Post: MUNA are entering a new era of radical vulnerability