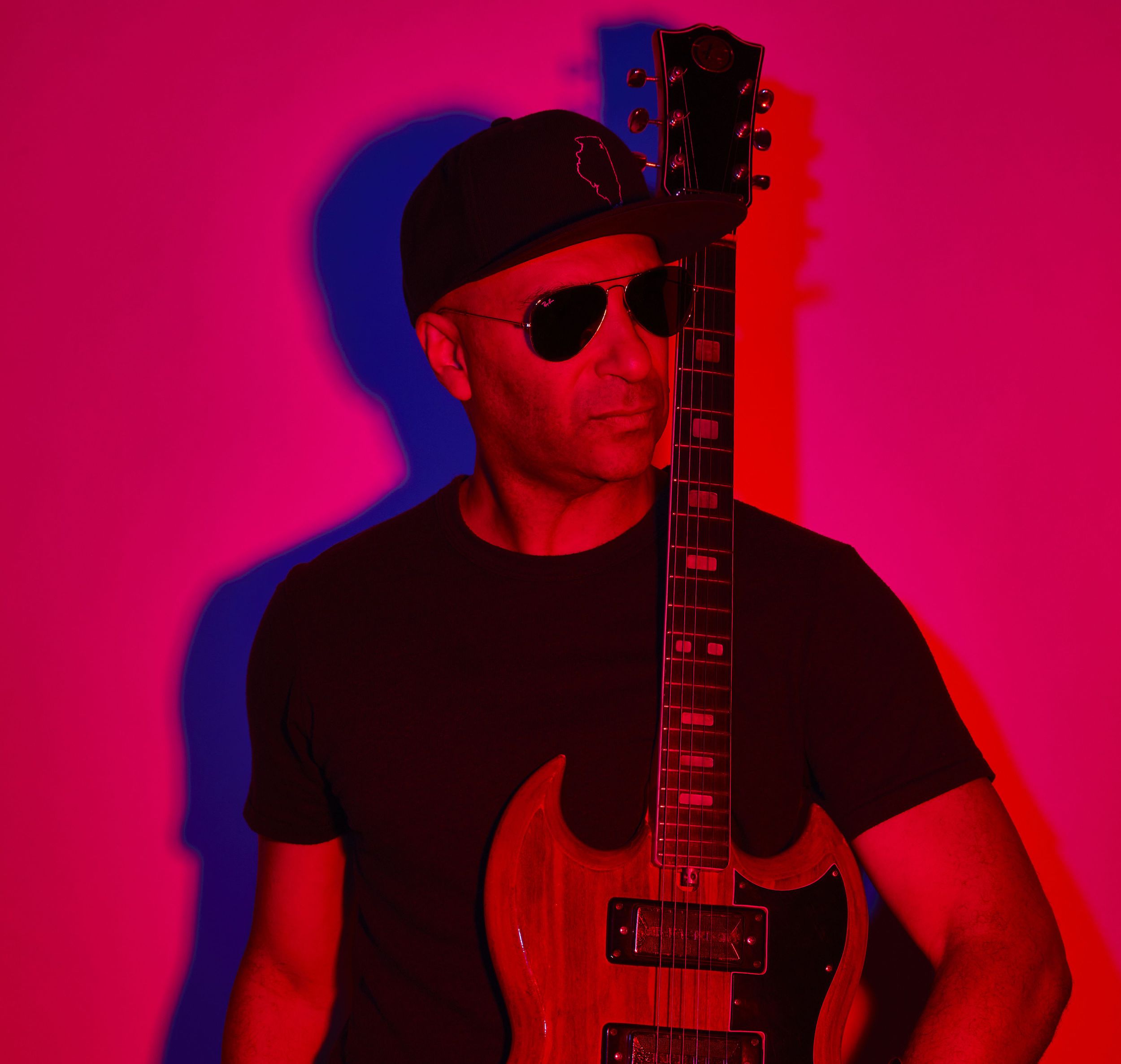 It all started at a cemetery.

To kick off 2014, Tom Morello filled in for Stevie Van Zandt in the E Street Band on Bruce Springsteen’s Africa/South Pacific tour. During a night off in Perth, Morello wandered from the hotel to pay his respects to late AC/DC singer Bon Scott by visiting his gravesite. When he got back to the hotel, Morello found Springsteen sitting at the bar, so he asked the Boss if he thought AC/DC and the E Street Band overlapped.

“‘I never really thought about that before, but I’ll think about it tonight,’” Morello recalls him saying.

Soon thereafter, Morello’s suggestion trickled into the band’s soundcheck, with the group rehearsing “Highway to Hell.” Fast forward to a couple of weeks later at a Melbourne show, where Pearl Jam’s Eddie Vedder happened to be in attendance. All parties involved agreed that the tribute would be a great way to open the show, so they did.

That moment became a spark of inspiration, but it took years — and a pandemic — for Morello to build on.

When COVID hit six years later, Morello (like everyone else) had to figure out how to pass the time while in lockdown. The first four months, in particular, he says, were “really depressing.” It was the first time since age 17 that Morello hadn’t played music, either recording or on tour. Add to that the responsibilities of having his 98-year-old mother and 90-year-old mother-in-law staying with his family while playing the roles of plumber, window-fixer, teacher to his 10-year-old son (who learned how to play Led Zeppelin songs) and a caretaker. It was a pretty busy period in the Morello household.

But the legendary guitarist and songwriter found inspiration from an unexpected source.

“I got to doff my cap to crazy old Kanye West because if I hadn’t been able to record into my phone, I don’t know what I would have done,” he says from his home office via Zoom. Relying on intuition instead of the overthinking that often accompanies traditional studio work (“Like thinking the microphone is in the wrong place”), he got to work.

The first thing Morello recorded were riffs that he sent to Bloody Beatroots. Twenty minutes later, he received a video of him working on it, which he says was “fucking awesome.”

“I was like ‘Okay, hold on, hold on. Like this may not be the end, and I might still be a musician,’” he says with a laugh.

Inspired by his newfound ability to record and send music from his iPhone, Morello zapped music across the globe and enlisted artists far and wide for what would become his new album, The Atlas Underground Fire. For the unaware, Atlas Underground finds Morello collaborating with other artists who appear on a single song, giving the project a varied, eclectic vibe — an accurate depiction of the guitarist’s personal preferences.

Morello’s central thesis is that the electric guitar has a future and not just a past — and that’s reflected in the wide range and styles of its songs. At a time when almost everyone has been isolated, Morello sought a connection that went beyond his four walls. Instead of having an overarching theme, the album was “really just a way to stay sane” for Morello.

So what was the lead song from the upcoming collection? A trip back to those E Street Band days with a cover of “Highway to Hell.”

“I wanted to make a song with my rock bros,” he says. “ I remembered that moment and wanted to see if we can capture some of that lightning in a bottle. Bruce sounds like the damn king of rock and roll on this song! He’s 72, and he attacked it and did two takes, and we were done — and it only took Vedder one take!”

As much as he enjoys recording and performing, Morello loves being a curator, and this album is a snapshot into his psyche. In addition to his longtime pals, artists like gravel-voiced country singer Chris Stapleton, British hard rockers Bring Me the Horizon, indie-pop duo Phantogram, Dennis Lyxzén of Refused, and Sama’ Abdulhadi all join in on one song or another. That’s not to mention the work that Morello has done with Pussy Riot and Bloody Beatroots.

Unsurprisingly, it wouldn’t be a Morello project without some political songs, which is what he did with grandson and Damian Marley, though both collaborations were conceptualized prior to the pandemic. However, Morello didn’t want to box himself in by going on a strictly political route, especially at a time when people are focused on their families and anxieties.

“In order for a record to connect, I think it has to be authentic,” he says. “This was not a time where at the forefront of my mind was what’s going on in Guatemalan labor unions. It was like, ‘Can I make it to Thursday and keep everybody alive until Thursday? Keep the kids from going insane until Thursday?’ And so the instrumentals are an important statement on this record. It’s an assertion that yes, I am alive as a musician. And yes, there is kickass guitar to be played in the direst of circumstances.”

To keep his mind and creativity going, Morello would send “sonic missives” five days a week for five weeks to all sorts of artists. Some, like Babymetal, didn’t work out — but the music ended up elsewhere. If nothing else, Morello learned an important lesson: “As long I’ve got a phone charger, I can make a record anywhere now.”

Recording remotely isn’t just limited to Morello’s own work. During the pandemic, he tracked a song with Metallica’s Kirk Hammett and Rush’s Alex Lifeson, teamed with fellow Illinois native and ex-Styx singer Dennis DeYoung for the latter’s swan song, and was one of the first musicians to correspond with now 11-year-old phenom Nandi Bushell.

That latter correspondence, which included Morello sending Bushell one of his guitars, has since expanded. The multi-instrumentalist prodigy — who performed “Everlong” on the drums with Foo Fighters in August — is teaming up with Morello’s son Roman on a track that Morello himself produced. Bushell’s manager reached out to Morello and asked if he wanted to do a song with her, to which he responded that he also had a kid under his roof who could shred, so they wrote a cut together. (It was released last Friday.)

“It’s a kickass jam that they did when they were nine and 10,” he says of it. “And the future [of rock] may very well be secure.” Of Bushell specifically, Morello says, “She’s so great and such an effervescent spirit. It’s like talking about being inhabited by the Holy Spirit of rock and roll and combining the dedication and ambition at such a young age is really great.”

As for what’s next after he’s done with lockdown, Morello has a simple plan — one that will probably excite longtime fans.

“I just want to play some Rage Against the Machine songs in stadiums.”