Tom Ford on Watching ‘House of Gucci’: “It Was Hard for Me to See the Humor and Camp” 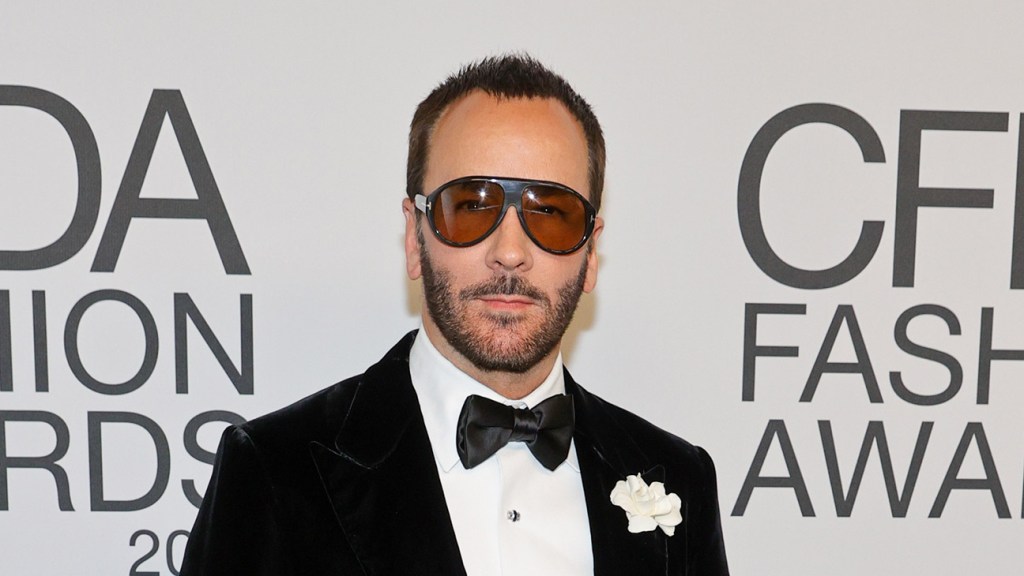 Tom Ford suspects that the Lady Gaga and Adam Driver-led House of Gucci will be a hit despite the film rivaling “nighttime soap Dynasty for subtlety.”

In an essay for digital weekly Air Mail, the former creative director of Gucci offers praise for the movie’s “impeccable costumes, stunning sets and beautiful cinematography,” as well as Driver and Gaga’s portrayals, while questioning whether he was watching a “farce or a gripping tale of greed?”

“I often laughed out loud, but was I supposed to?” he adds at one point in his rundown of the Ridley Scott film, which debuted in theaters on Nov. 24. At another, Ford wonders whether he saw some kind of SNL skit based on true events. “At times when Al Pacino as Aldo Gucci and Jared Leto as his son Paolo Gucci were on screen, I was not completely sure that I wasn’t watching a Saturday Night Live version of the tale,” he wrote.

The filmmaker’s criticisms of the film also touch on roles he says he feels were “expanded to simply attract and then to placate the stars” and scenes that should have ended up on the cutting room floor, but remained “solely for the purpose of allowing the leading actors to ‘act.’”

“Because of the size and star power of the cast, the screenplay is at the mercy of servicing them,” he adds, before noting that a lack of time for character development leaves audiences with “little attachment to — or empathy for — any of them. The result, sadly, is a story in which we identify with no one.”

Ford also disputes the accuracy of a moment in the film between him and Maurizio Gucci. The fashion designer, who worked for four of the years covered in Scott’s film with Maurizio before he was murdered “just steps away from my office in Milan,” says that he never received a toast from the former head of the Gucci fashion house as depicted in the film.

“Maurizio had been bought out of the company by the time I assumed the position of creative director of Gucci and had my first hit collection,” he recalls. “He certainly never toasted me after that show as he does in the film. Movies have a way of becoming truth in people’s minds, an alternate reality that in time obliterates the reality of what was.”

Having known “many of the other players in this saga” and being interviewed for the book on which the film is based, Ford conceded it was “hard for me to divorce reality from the glossy, heavily lacquered soap opera that I witnessed on-screen.”

“As with most films based on a true story, facts are altered, characters are exaggerated, timelines warped — and, in the end, who cares as long as these alterations yield a great movie?”

Despite his criticisms, Ford does compliment a number of the film’s performances and offers emotional reflections on the film. While “Leto’s brilliance as an actor is literally buried under latex prosthetics,” the filmmaker and fashion designer calls Salma Hayek — who plays Giuseppina “Pina” Auriemma — “great” and dubs Jeremy Irons, who portrays Maurizio’s father Rodolfo Gucci “terrific” thanks to his “far more restrained and layered performance than his on-screen relatives.”

“The casting of Hayek is particularly inspired given that her husband is the current owner of Gucci, a fact which will be lost on the mainstream audience,” he said of the House of Gucci star’s turn as the psychic and friend of Gaga’s Patrizia Reggiani, wife of Driver’s Maurizio.

Regardless of quality, ultimately the experience of watching the film, Ford says, was difficult. “I was deeply sad for several days after watching House of Gucci, a reaction that I think only those of us who knew the players and the play will feel,” he concluded in his essay. “It was hard for me to see the humor and camp in something that was so bloody. In real life, none of it was camp. It was at times absurd, but ultimately it was tragic.”