“The Rhythm, Pacing and Mood of the Film Should Mirror the Characters”: ‘THR Presents’ Q&A With ‘The Worst Person in the World’ Director Joachim Trier and Star Renate Reinsve 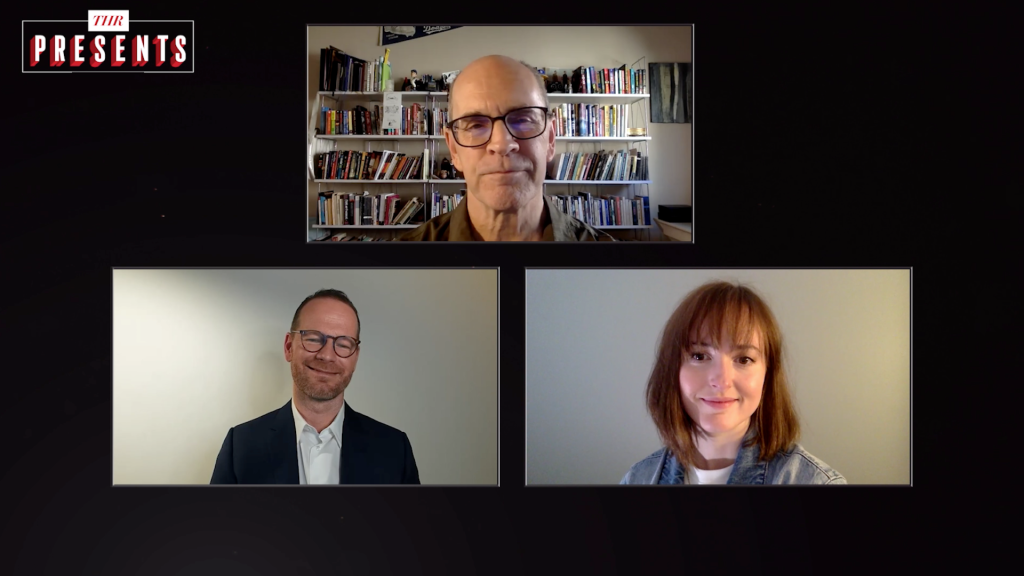 If the theme of co-writer/director Joachim Trier’s widely acclaimed The Worst Person in the World can be summed up in a sentence, it’s that growing up is hard to do. The movie’s central character, Julie (played by Renate Reinsve), discovers this through the course of a wild and unpredictable narrative. Structured by Trier and his regular co-writer Eskil Vogt as a story with 12 chapters, a prologue and an epilogue, Julie’s adventure in Oslo traces a young woman crossing the threshold of age 30 and searching for her sense of self and purpose in the world, not to mention with the men around her.

In an interview with THR Presents, powered by Vision Media, Trier and Reinsve discuss Julie’s character and roller-coaster development in the Norewegian film, shortlisted by the Academy in its film Best International Film category. Reinsve helped fuel the film’s global festival run by winning the Best Actress prize at Cannes in July.

Trier remarks that, in writing The Worst Person in the World, he and Vogt wanted to recover a sense of the “chaos” they played with in their debut feature, Reprise, which marks the first in their so-called “Oslo Trilogy” that includes Oslo, August 31st and concludes with the current film. “Chaos, in the sense that we didn’t want the movie to feel too streamlined, too perfect,” Trier says. “I wanted it to be based on moments of human experience. The rhythm, pacing and mood of the film should mirror the characters. I am a humanist after all, so I’m curious about what these people are going through. We’re trying to find ways through storytelling and filmmaking to mirror the character of Julie, who has this frenetic yearning to figure out her life.”

Adds Reinsve: “We did a lot of preparation before filming,” which included “discussions about life and love and philosophy and our own experiences, what Julie thought, the physical side of her character. Since we were exploring five years of Julie’s life, I had to be very specific about how she moved and felt from one moment to the next. I gained a new way of acting through this because Joachim asked me to let go and lose all control, which was very scary. He asked me to be very open to what happens between the characters, because the [movie’s] main dynamic is what happens between them.”

The actress says “the whole process was very collective, (since) everyone was so taken with the script and the multi-dimensional characters. We were all very passionate, and that’s because Joachim is a very good leader and a really good filmmaker. He makes his whole team very ambitious but also calm and safe.”

While the movie has been billed as a Scandinavian turn on the rom-com, Trier observes that it “turns into a drama, as the dynamics change and Julie must confront herself. She’s failing to live up to her expectations and the great opportunities she’s been handed. She’s a smart person, gifted in many (ways). But she’s lost about using her talents to fulfill a sense of being. That to me is great drama.”

This edition of THR Presents was sponsored by NEON Rated.

2022-01-13
Previous Post: Omicron Surge Is Another Bummer for Awards-Season Box Office
Next Post: Shamir sings of “generational curses, karma and love” in “Reproductive”