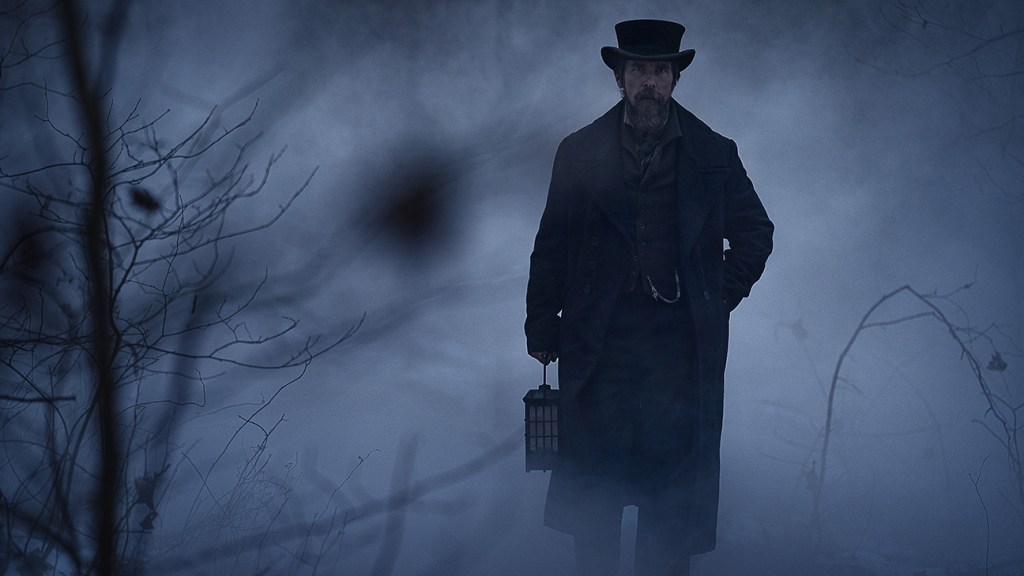 Netflix has released its first look at the upcoming Christian Bale-starrer The Pale Blue Eye.

Based on Louis Bayard’s book of the same name, the 1830-set movie sees Bale portray Augustus Landor, a former police detective who’s been called upon to unravel the murder of a cadet at West Point. Things take a darker turn when, after the body is moved to the morgue, it’s uncovered that his heart has been removed.

Up against a seemingly unbreakable code of silence among the cadets and the pressures of a fledging academy desperate to protect its reputation, the world-weary detective turns to one of their own to help him solve the case. That man, with his disdain for the military’s rigors and a penchant for poetry, will become known as Edgar Allan Poe.

In the less-than-a-minute look at the film, which hails from director-writer Scott Cooper, Bale’s detective is seen battling the harsh winter elements and the frosty personalities of townspeople as he races to find a killer. Harry Potter actor Harry Melling’s portrayal of Poe is also lightly teased.

The Pale Blue Eye serves as the third collaboration between Bale and Cooper after the duo worked on Hostiles and Out of the Furnace.