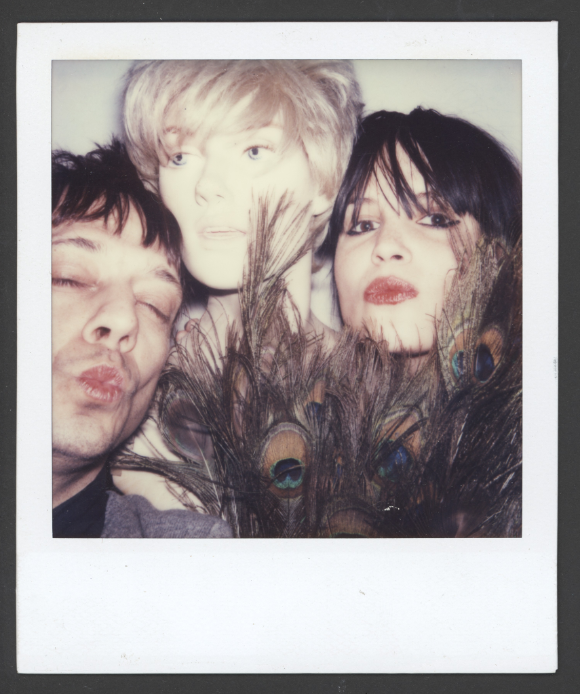 The Kills announced a 17th-anniversary (interesting number choice but sure why not) deluxe reissue of their 2005 album No Wow out June 3 via Domino. The reissue features the original recording and a new mix by Tchad Blake.

Blake’s mix of the title track “No Wow” is out now alongside an accompanying music video. Directed by Sally Walker-Hudecki, it features a collage of Super 8 footage with elements of the original 2005 video directed by Kenneth Cappello.

The deluxe edition features a gold foil gatefold LP jacket, black-and-gold smoke vinyl LP, an exclusive 5×7 print, and a four-page booklet. A 2 CD including both versions, a single LP version of the Tchad Blake Mix 2022 on black vinyl and indie exclusive gold vinyl, and a single LP version of the original No Wow album on black vinyl are also available. Pre-order is available now via Domino and the band’s new web store.

To celebrate the reissue, The Kills will be performing No Wow in its entirety in Los Angeles and Brooklyn this June. Second dates have now been added in both cities due to overwhelming demand. The band will also be opening for Jack White at the Shoreline Amphitheatre in Mountain View, CA on June 4.

2022-04-13
Previous Post: Belle and Sebastian Release New Single ‘Young and Stupid’
Next Post: Lucius Want Us to Dance Through the Pain