Tetrarch are giving fans another taste of their forthcoming album Unstable which arrives April 30. On April 1, the metal band dropped a truly haunting visual for their heavy new single “Negative Noise.”

In the video, Tetrarch find themselves in the middle of a nightmarish scenario. While being held captive by an evil doctor, each member becomes a test subject and must try to break free before it all goes too far.

Read more: 10 bands who are crushing all the stereotypes you’ve heard about nü metal

“Negative Noise” has all of the elements to become a long-lasting Tetrarch fan favorite. From Ruben Limas’ thundering drums to the fiery guitar riffs from Diamond Rowe, heavy metal rhythms from bassist Ryan Lerner and distinct vocals from lead singer/guitarist Josh Fore, this new single is one of Tetrarch’s biggest yet.

Fore explains that Tetrarch sought out to create a song that was both sonically massive and showcased each member’s strengths. In fact, there’s one particular moment on “Negative Noise” that stands out as a personal favorite.

“‘Negative Noise’ is one of the heaviest songs on the new record,” Fore says in a press release. “It mixes big riffs with thick bass, extreme drums and some of the most intense screams I’ve ever done. One of the highlights of the song is Diamond’s guitar solo that she absolutely killed and I know will turn so many people’s heads.”

Read more: 20 black musicians throwing down in hardcore and metalcore

Along with this, Fore exclusively tells Alternative Press that “Negative Noise” is inspired by real-life situations. Ultimately, the track is for anyone out there that feels they have to conform to fit a certain mould in society.

“Every day, we as humans are surrounded by so much noise and negative energy, oftentimes being pulled in directions that we don’t want to go or being forced into a life of normalcy to appease others,” Fore tells Alternative Press.

For the “Negative Noise” video, Tetrarch knew they wanted to convey the song’s message in a telling and unforgettable way. In the suspenseful visual, the band members are constantly surrounded by static television sets and glowing pixelated faces as they endure experimental tests from a frantic doctor. These ominous symbols represent the negativity that engulfs people each day.

However, no matter how hard individuals try to escape these suffocating feelings, it can sometimes be a bigger fight than they realize. In fact, as the unexpected ending to the “Negative Noise” video reveals, getting away from the harsh grips of society may just be impossible.

“The video is intense,” Fore further tells Alternative Press. “Even when the patients appear to break free, they awaken in the same situation surrounded by the same static. We had a ton of fun shooting the video and we feel like our director Vicente really helped capture the vibe of the song.”

Along with “Negative Noise,” Tetrarch have also unveiled two other new tracks over the past few months. Back in May 2020, they dropped a sinister video for “I’m Not Right.” In between the powerful performance scenes from Tetrarch, viewers watch as the video’s protagonist gets revenge on those who have wronged them in the past.

More recently, in February, Tetrarch debuted a gripping visual for their recent single “You Never Listen.” The video follows a kid growing up in an unsupportive and toxic environment. As they try to distinguish reality from the thoughts inside of their head, they eventually step up and take control of their life before it’s all too late.

For Tetrarch, the song is for anyone out there that is going through a hard time. Ultimately, “You Never Listen” showcases making it through dark times and finding the strength to go on and leave toxic relationships behind.

“‘You Never Listen’ is for anybody who has struggled or is struggling through a broken relationship,” Fore says in a press release. “Whether it be with a family member, friend, significant other or even with themselves. So many times, we find that people we once were close with or felt like we knew well show a darker and different side of themselves that forces us apart. ‘You Never Listen’ is about having the strength to say enough is enough and to rid yourself of those toxic situations.”

Read more: SeeYouSpaceCowboy and If I Die First join forces for “bloodstainedeyes”

Similar to the themes found in “Negative Noise,” “I’m Not Right” and “You Never Listen,” Unstable tackles real-life experiences that will resonate with listeners. For Rowe, this collection of new songs represents the kind of band Tetrarch have always set out to become. Amid the heavy metal breakdowns and personal narratives, Unstable proves that Tetrarch are continuing to push the envelope with their music.

“The album has an overall theme of self-reflection and really looking at the relationships or parts of yourself [and] your life that you don’t like and getting out of those situations,” Rowe says in a press release. “It’s an angsty record. Musically, we were not timid in showing that we refuse to be boxed in as artists. I think we really came out swinging with showing the world the type of band that we want to be. Freak [their 2017 album] did great for us and showed us that the music we were making was something that people wanted to hear. That gave us the confidence to write and record this beast of an album.”

Unstable arrives April 30 via Napalm Records. Preorders for the album are available here. 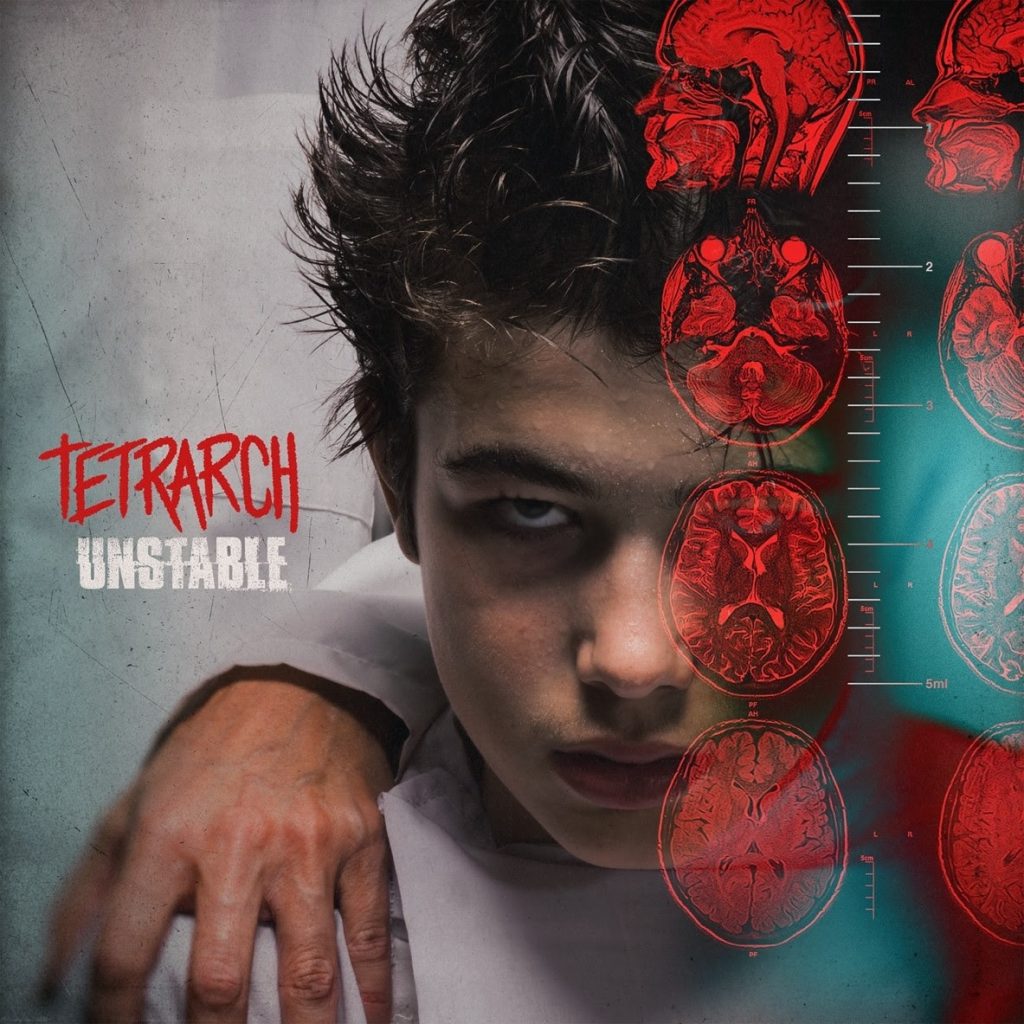 Rowe is one of the many talented individuals featured in Alternative Press’ premiere Power Issue: Women Rising. In the issue, she speaks on gender, race and overcoming prejudice to become nü metal’s rising success story. Along with Rowe, Phoebe Bridgers, Maggie Lindemann, Nova Twins, Meet Me @ The Altar and many more powerful female musicians also featured in the Women Rising issue.

What are your reactions to Tetrarch’s “Negative Noise” video? Let us know in the comments below.