Taylor Swift, the Used and Pinkshift are our tracks of the week 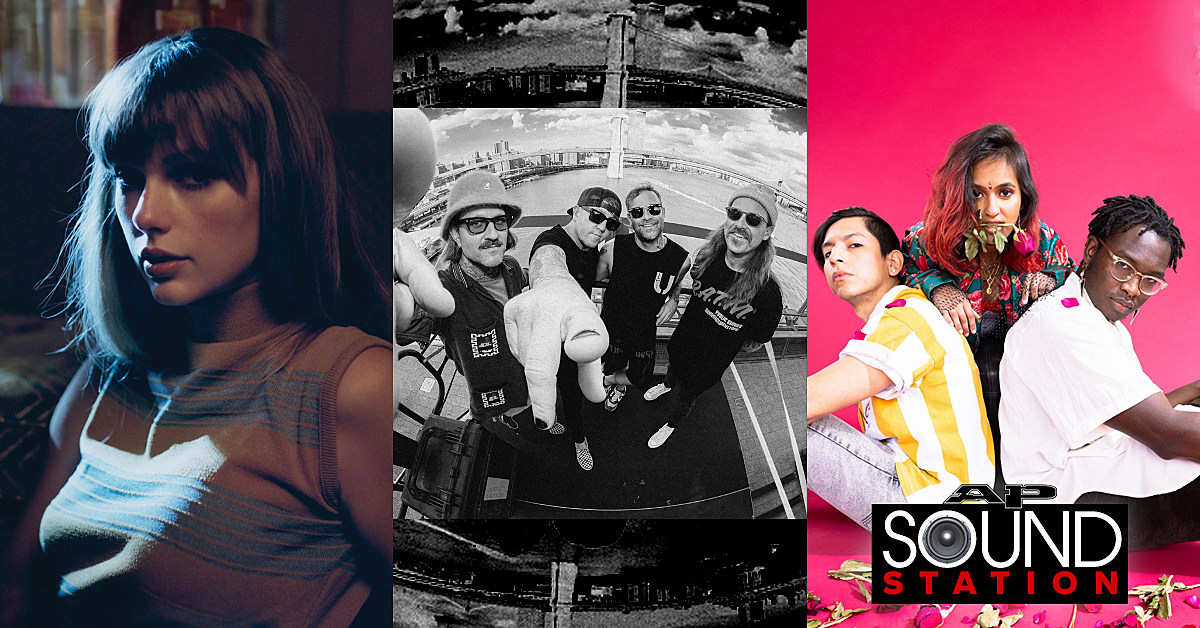 Welcome to Sound Station, where we’re highlighting the best new tracks that came out this week. Head into the weekend with songs from Taylor Swift, the Used and more.

Taylor Swift’s “Labyrinth” is a slow-burning standout on Midnights

After hours of Taylor Swift-concocted chaos, Midnights finally arrived as an album spanning everything from dark synth-pop to hushed lullabies. A song that is a standout not only on the album but within her career is “Labyrinth,” a soft, throbbing ballad teeming with Swift’s pitched-down vocals and melancholia. “I’ll be getting over you my whole life,” the singer laments sweetly. The song leans toggles between the indie-folk ethos of folklore and evermore and experimental synth work of Reputation. ––Ilana Kaplan

The Used channel youthful energy on “Fuck You”

On their latest single “Fuck You,” The Used channel the youthful energy that made them such an impactful and influential band in the first place. The latest song features an infectiously catchy chorus, the return of screamed vocals, and a battle between optimism and melodrama. “Fuck You” feels like the 2022 version of the band’s classic song “All That I’ve Got,” and we couldn’t be more here for it. While the song title “Fuck You” may evoke negative connotations, the message and feeling the song exudes couldn’t be more uplifting and perfect for anyone who needs a hand after getting knocked down. ––Alessandro DeCaro

Pinkshift stun with piano ballad “In a Breath”

Ditching their guitar-heavy sound, Pinkshift shared “In a Breath” leading up to the release of their highly-anticipated debut album Love Me Forever on Oct. 21. The moving piano ballad channels the emotional depth of Amy Lee’s vocals while detailing singer Ashrita Kumar’s experience “feeling dissociated from my body and fighting to stay alive despite it.” It’s a gripping number that is rife with the authenticity that the indie band always brings to the table. —Ilana Kaplan

With her latest album The Loneliest Time, Carly Rae Jepsen finds herself in the midst of transition. It’s no surprise, she wrote and recorded the album in the midst of a pandemic where isolation influenced all facets of her life. While the pop star introduced the album with a Stevie Nicks-esque sound on lead single “Western Wind,” she opted to veer into more experimental territory for the rest of it. “Anxious,” one of the bonus tracks on the record, is perhaps the standout of the album — a slinky, disco-pop gem bursting with bass and the ecstasy of losing yourself on the dancefloor. —Ilana Kaplan

Dora Jar is beloved by Billie Eilish, Remi Wolf and Wolf Alice’s Ellie Rowsell, and for good reason. With her new single “Spell,” the experimental pop singer continues to forge a mythical, otherworldly sound. The track’s opening strums soon give way to Jar’s delicate vocals as she ruminates on seasonal change and the ebb and flow of nature. Through it all, she remains remarkably tender and pensive, a stark contrast to her usual oddity, but still dreamlike. The ideal fall listen. —Neville Hardman

CRAWLERS explore the depths of grief with “HANG ME LIKE JESUS”

It’s become a running joke among CRAWLERS’ growing fandom that they’re the “CEOs of sad songs” for their heart-wrenching ballads. Their latest track, taken from their forthcoming mixtape Loud Without Noise (out Nov. 4), doesn’t disappoint. Songwriter Holly Minto bores their soul into the lyrics, exploring the grief of a relationship coming to end. CRAWLERS’ tracks are a poetic beauty, entrenched in sadness but with the most astounding, climactic ballads. If this alludes to what their mixtape will sound like, we can’t wait. —Yasmine Summan

Bishop Briggs remains unstoppable. Following her multiple other singles this year, the singer-songwriter is back with another stirring anthem, “superhuman.” Briggs says she wrote the track when she was eight months pregnant, searching for “positivity and light for my little one who was about to arrive.” Its punchy hook is a powerful testament to her inner strength: “You’re superhuman/Bulletproof as can be/I know the truth is you can do anything.” —Neville Hardman

Chicago pop-punk mainstays Knuckle Puck have always stood out within their core genre due to their mature and introspective lyrics, aggressive dual-vocal stylings, and inventive song structures. With their latest single and first for their new label home Pure Noise Records, Knuckle Puck have dialed their now signature sound to eleven with “Groundhog Day,” a chilling track that balances the timeless angst they often convey coupled with a fresh sense of ambiance. Per usual, the song is structured around the evocative call-and-response vocals of Joe Taylor (Vocals) and Nick Cassasanto (Guitar, Vocals) paired with the locked-in musical dynamic of the group who successfully pull off an impressive climax towards the end of the track which features tapping guitar solos and a minor key change. Lyrically, “Groundhog Day” conveys the lonely feelings of depression, rumination, and breaking out of a troubling cycle. ––Alessandro DeCaro

Hawthorne Heights remain consistent as ever with “Dandelions”

For nearly 20 years, post-hardcore veterans Hawthorne Heights have experienced extreme highs, crushing tragedies, lineup changes, and a series of resurgences in between. However, one thing has always remained a constant: their ability to stay consistent with their music and core sound no matter what. On their latest single “Dandelions,” Hawthorne Heights sticks to what they know best: razor-sharp choruses, walls of guitars, wailing screams, and the occasional breakdown –– all while adding a healthy dose of new elements into the fold. “Dandelions” uses metaphorical imagery to tackle subjects such as division within society and the degradation of the planet while still trying to find optimism and hope in a world that often tries to suppress it. ––Alessandro DeCaro

2022-10-21
Previous Post: Catching up with New Zealand indie poppers the Beths
Next Post: How ‘Black Adam’ Filmed That Cameo in Secret