System of a Down Elaborate on Their Reunion: ‘Never Call It Quits’ 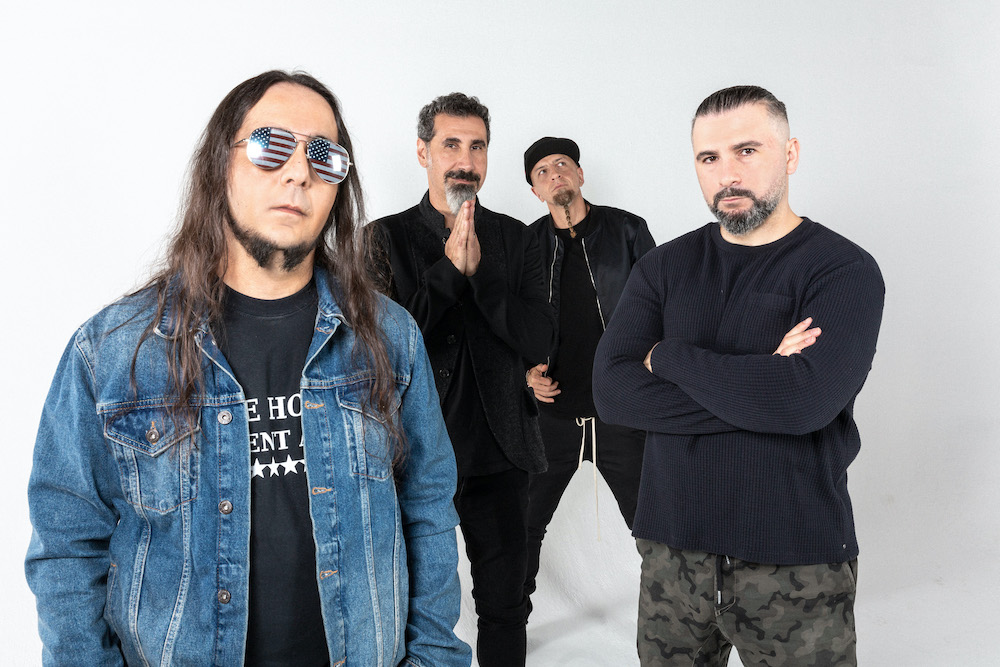 System of a Down’s Serj Tankian and Shavo Odadjian chatted with Zane Lowe on Apple Music on Wednesday, in which the rockers discussed both the band’s tumultuous past as well as the two new songs they released in support of justice for their Armenian brethren.

While the interview with the vocalist and bassist covered several different topics, an obvious focal point was on the philosophical differences that sparked the band’s unceremonious breakup in 2006 despite seemingly being at the peak of their success following the previous year’s double release of Mesmerize and Hypnotize. For Tankian, the physical drain of touring is a concern these days, but it was ultimately the difference in views on the creative process that drove he and co-songwriter Daron Malakian apart 15 years ago.

“I totally love touring, but when it comes to the actual creation part, it’s not personal … it’s philosophical,” Tankian said. “It’s the way you see things and the way you see the music going forward, what it means to you, what System of a Down might mean to you. There has been a discrepancy in that. But that obviously didn’t stop us from jumping on board for doing something for our people, which is beautiful. I don’t know what else to say. I think that’s where it’s at.”

As for Odadjian, it seems like he never wanted to see the band break up at all and will actively oppose any future attempts at division.

“Even when we disbanded for a little while in ’05, ’06, I’m always a supporter,” Odadjian said. “I’m always on the side of like, this needs to be going on forever. We never will call it quits. I will refuse. I don’t care. I’ll refuse if anyone else does, we’re calling it quits. I’m not going to call it quits. As long as we’re all still alive, we’re going to be the unit that we are. I am still in. I think I’ll always be in. Look, I’m 47 years old. This has been a part of my life more so than not. We started when I was 21. The majority of my life, this is involved. I’ve worked my heart out for this and so has everyone else.”

For now, both parties are happy to put any and all differences aside for a good cause with “Protect the Land” and “Genocidal Humanoidz.” The tracks are as hard-hitting and political as the band has ever been, and it turns out that nearly two full decades after Toxicity, they’re still damn good at putting intelligent words to hard-rocking anger.

“Obviously, we have songs that are not necessarily socio-political and are fun and, and, and all sorts of stuff,” Tankian said. “I think when we have done this, we’ve done it really well. This time, it’s exceptional in that sense, not to praise us or anything like that. The fact that we used it exactly, we used it as a weapon, unapologetically, and that’s what it should’ve been. I’m really proud of what we’ve done. It felt really great. The future is unseen. We will see what happens. The vibe is very positive. As long as we’re on the same page, we can continue doing stuff, if we’re on the same page.”

Listen to the full interview below.