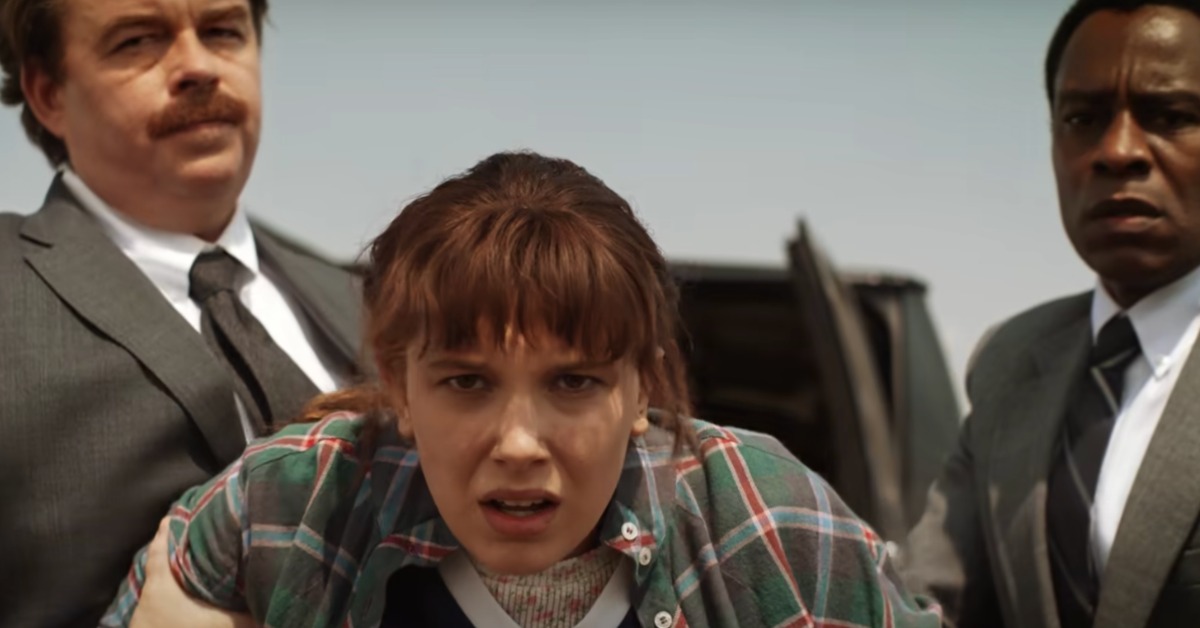 Aliens and Dungeons & Dragons, oh my! Netflix has released a handful of images from the new season of Stranger Things, revealing new characters, adventures and dangers. Check out the images shared through a series of tweets below.

We also see the Stranger Things crew visiting a creepy abandoned house, a jail and the site of a crashed airplane. The latter seems to point toward the fan theory that part of the season will revolve around searching for a missing Jim Hopper (David Harbour).

Speaking of Hopper, fans can breathe a sigh of relief as one of the photos shows Hopper alive, albeit a bit bruised.

Vol. 1 of Stranger Things season 4 arrives on Netflix May 27, with vol. 2 arriving July 1.

And on Day 65, we got our first look at ST4. (this is just a taste of the eggo. link in bio to https://t.co/sdbq7ANsMx for full extravaganza.) pic.twitter.com/XvNnd88vLL

it’s a full ST4 extravaganza, hot off the griddle. pic.twitter.com/5SuC8S9HR1

come and get it. pic.twitter.com/hOeJSmeAth