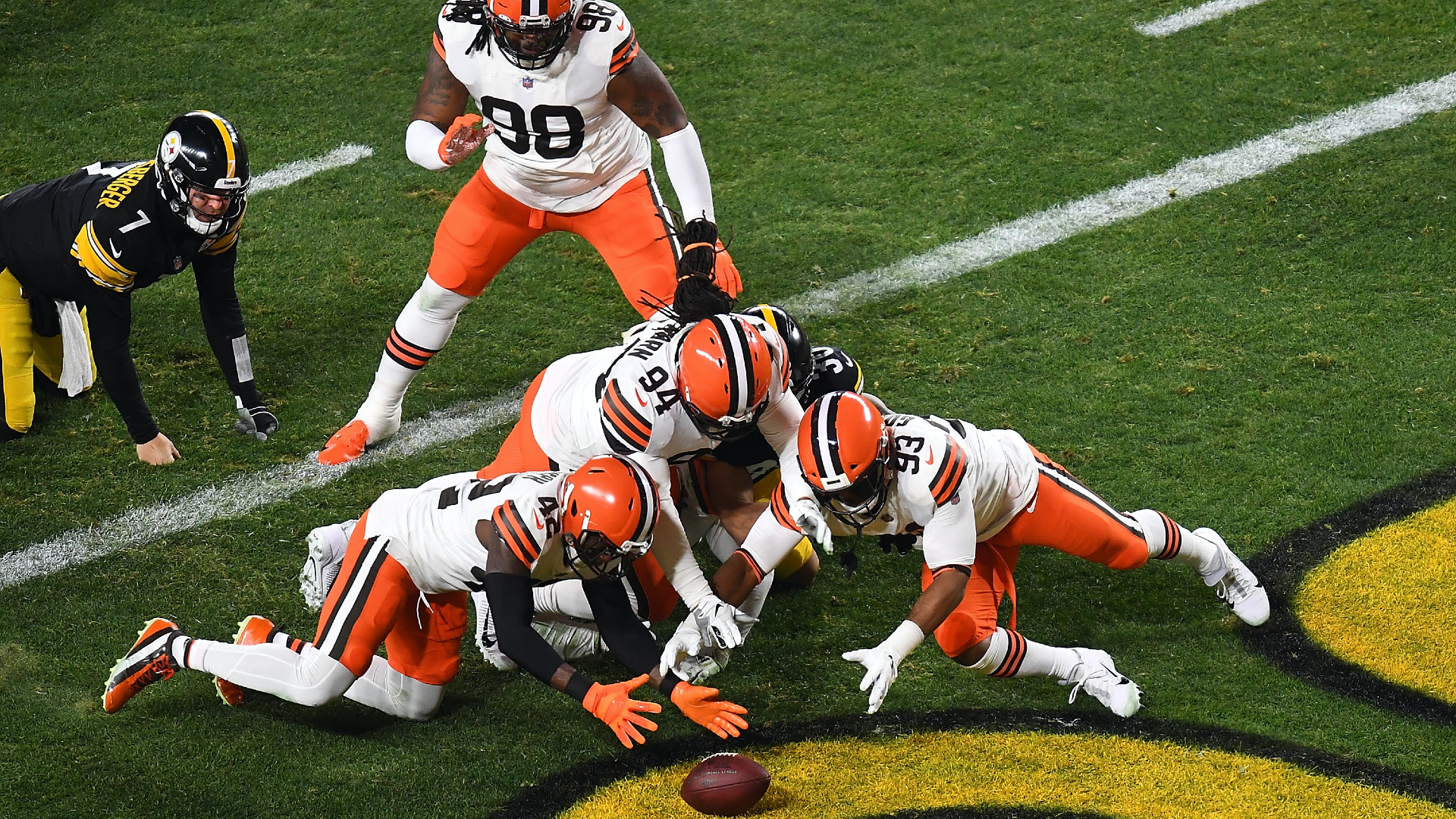 In their first playoff appearance since 2002, the Browns stunned the Steelers with 28 unanswered first-quarter points on their way to a 48-37 win.

Cleveland scored a defensive touchdown on the first play from scrimmage — a botched snap over the head of Ben Roethlisberger — and finished with five forced turnovers.

11:33 p.m.: Steelers have fourth-and-goal. They have a shot at a garbage time score.

11:25 p.m.: The Steelers are burning through their timeouts, but it’s all procedural at this point. Cleveland has the game locked.

11:10 p.m.: Cleveland is looking to finish this game on the ground. It’s either Chubb or Hunt on pretty much every play now.

10:49 p.m.: The first play of the fourth quarter brings a tough decision for Mike Tomlin. On fourth-and-1 from near midfield, he decides to punt.

10:43 p.m.: The Browns go three-and-out, and the third-down pass from Mayfield was nearly intercepted.

10:35 p.m.: The Steelers have first-and-goal following a third-and-10 conversion via Smith-Schuster.

10:28 p.m.: The Browns punt with 6:22 left in the third quarter. A touchdown for Pittsburgh here would make things somewhat interesting.

10:20 p.m.: TOUCHDOWN, Steelers. Pittsburgh threw the ball on every play that drive. The final one went to Eric Ebron. Two-point attempt no good. 35-16, Cleveland.

9:46 p.m.: TOUCHDOWN, Browns. With 34 seconds left in the half, Austin Hooper gives his team an answer to Pittsburgh’s score. 35-7, Cleveland.

9:43 p.m.: Now Chubb takes a screen into Steelers territory, and the Browns are thinking about padding their lead before halftime.

9:41 p.m.: Mayfield fights through contact to move the chains on third down. That keeps Pittsburgh from getting the ball back with more than 1:30 remaining.

9:36 p.m.: TOUCHDOWN, Steelers. James Conner puts Pittsburgh on the board with a short-yardage run. 28-7, Cleveland.

9:29 p.m.: Pittsburgh’s offense moves to the brink of the red zone with a 14-yard catch from James Washington.

9:22 p.m.: Occupying in-between territory, the Browns consider leaving their offense out there on fourth-and-8. But after taking timeout to assess the situation, they punt the ball deep. No need to get greedy.

9:16 p.m.: Aaaand back to gloom for Pittsburgh. Roethlisberger is picked off for the third time tonight.

9:12 p.m.: The Steelers force a three-and-out, finding a rare positive in their disastrous half.

9:07 p.m.: Pittsburgh punts. Can the Steelers stem the onslaught and get a stop here?

8:49 p.m.: Roethlisberger throws another interception. This one is returned inside Pittsburgh’s 20.

8:36 p.m.: The Steelers are forced to punt after failing to pick up a first down on third-and-1.

8:28 p.m.: TOUCHDOWN, Browns. Jarvis Landry takes advantage of poor tackling to extend an intermediate catch to the house. “If you just tuned in, I don’t know what to tell ya,” summarizes Al Michaels on the TV broadcast. 14-0, Cleveland.

8:17 p.m.: TOUCHDOWN, Browns. OH MY GOODNESS. The first play of the night from scrimmage is a bad snap from the Steelers and recovery from the Browns in the end zone. Incredible. 7-0, Cleveland.

Steelers vs. Browns will be the final wild-card game of the weekend. After its conclusion, the NFL’s 2021 divisional round will be set.