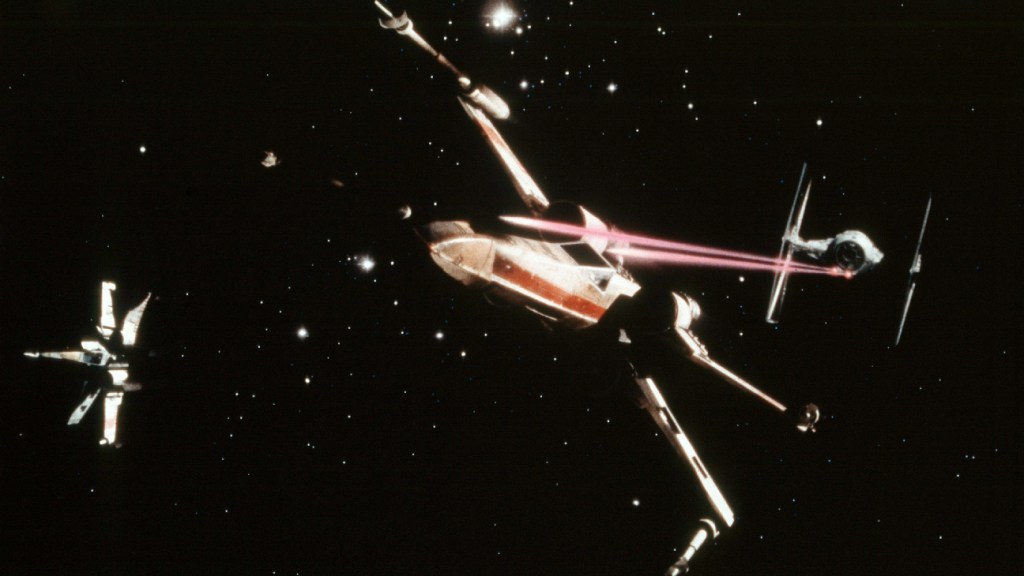 A Star Wars X-Wing Fighter model used in George Lucas’ 1977 sci-fi epic fetched an astonishing $2.3 million at auction Tuesday night, according to Prop Store Auction. The screen-matched Red Leader X-Wing miniature model created by Industrial Light & Magic was estimated to go for $500,000 – $1 million. The final price was $2,375,000, according to the auction house.

The model is extraordinarily rare, as most were destroyed by pyrotechnics while filming the movie’s climax battle sequence at the Death Star.

“The model screen-matches to a specific ‘pyro’ shot of an explosion going off on Red Leader’s engine in the film,” Brandon Alinger, Propstore’s COO, previously told Forbes. “Several behind-the-scenes photos taken at Industrial Light and Magic exist that show the model extremely well. Every scratch and airbrush mark in the paintwork can be matched up exactly to those images from 1976.”

Read a portion of the lot’s description, “The X-wing fighter model is preserved extremely well and remains in excellent condition. The light-weight rigid foam remains solid, and the original unrestored paintwork is in excellent condition, with only subtle flaking in small areas. One of the laser cannons exhibits slight warpage, and one of the scratch-built laser cannon tip assemblies is loose. The pyro X-wing was intended to mount on a C-stand with a hole in the back of the fuselage, or to be hung from wires during filming. There are several small holes in the top of the fuselage related to hanging the model on wires. A custom-made aluminum stand that supports the model through the fuselage is included with the piece, as is a wooden transport crate.”

News of the model sale comes nearly a month after Colin Cantwell, the concept artist who designed the X-Wing among a number of spacecraft for the film, died. He was 90.

The winner definitely stayed on target with this one!