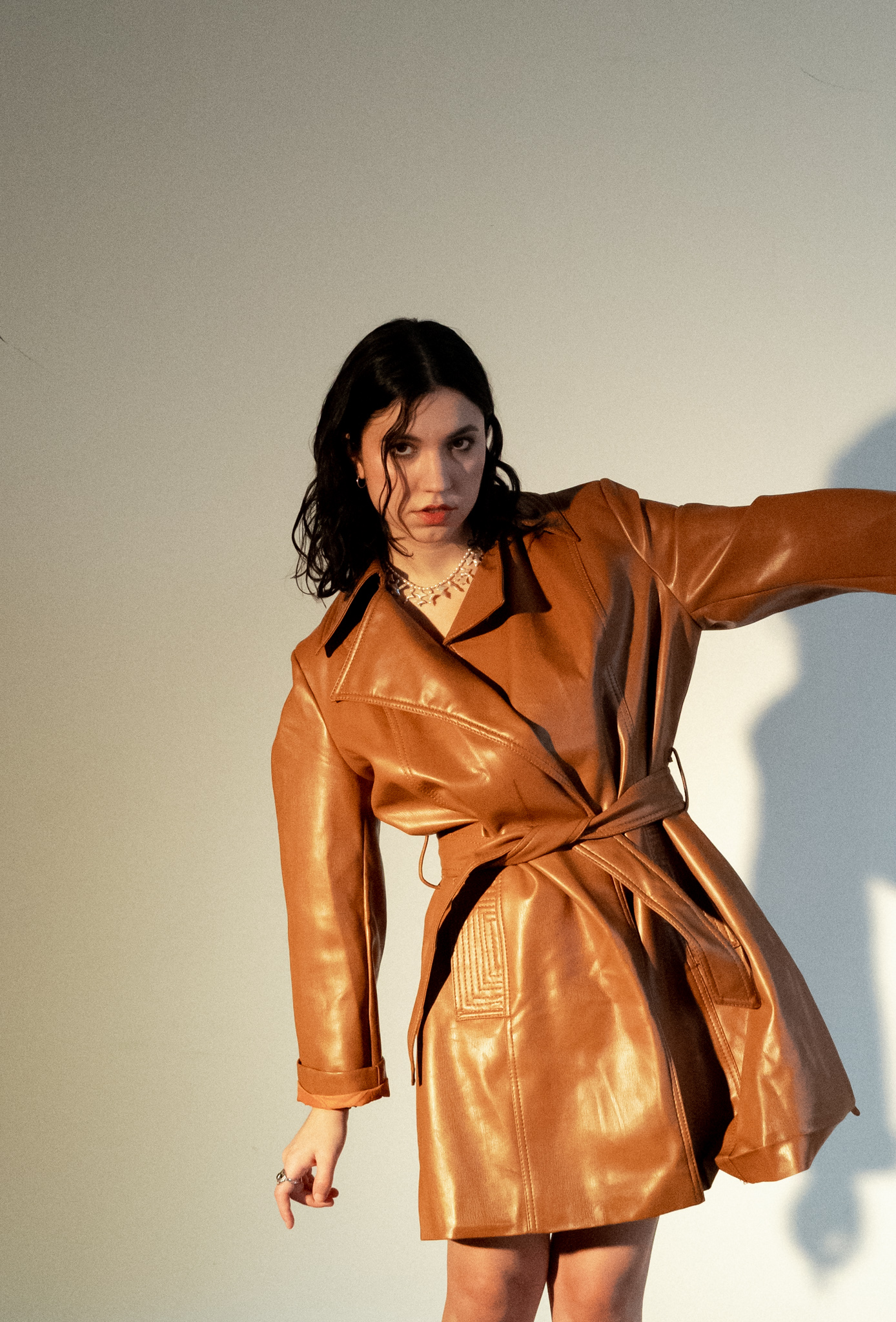 QRTR is a Brooklyn based artist with an immersive sound that draws you in. When she’s not creating music or performing she’s focusing on providing more opportunities for the LGBTQIA+ community. As she continues to flourish as an artist, QRTR is making sure her name is stamped in the house music space. She has recently finished a 12 city tour with LP Giobbi’s FEMME HOUSE TAKEOVER TOUR and has also made her debut Coachella performance.

She sat down with SPIN to talk about her new the meaning behind QRTR, how Brooklyn has inspired her music, what artist she would be honored to work with, and much more. Stream Snowfall here and dance the night away with their SET below.

Check out QRTR’s electrifying SET below! Want more SETS? Head over to SPIN TV to keep up with all the latest and greatest DJ/producers breaking through the electronic sphere.

Who is QRTR and what do you stand for?
I am a music producer based in Brooklyn, NY. QRTR is the part of me that wants to stay up until the sun rises, finding kindred spirits (and myself) between haze and pulsing bass.

Tell us about your sound – where does your style originate from and what have been your biggest visual, social, and sonic influences?
I make music spanning genres, some people have called it “psychedelic club music.”

I make music that melds all the things that bring me joy and wonder into sound and rhythm. A sonic palette influenced by a book about how to survive a black hole, my first time seeing a hummingbird, a dessert that tastes like black licorice that reminds me of my childhood summers spent in Portugal.

My studies in sound design and film post-production texture my music. After college, I found a part of myself that I didn’t know was missing when I ventured into New York club culture. I make music that I’d like to hear on a dance floor myself.

Was there a definitive turning point to your success? When did you realize the magnitude of your impact within the industry/community?
The deeper I go with this project, the more it feels like a slow burn. There wasn’t a definitive moment when everything changed for me, but there have been quite a few major stepping stones that have helped me better hone in on what this project means. Tangibly, the release of my second album infina ad nausea felt like a shift for me, like QRTR is just starting to settle into shape.

What was the inspiration behind the name QRTR?
It is an abbreviation of “quarter.” When I first began DJing, I loved making edits of songs that I’d post on Soundcloud and refer to as “flips” like a coin. I also have a special place in my heart for the number 25. 🙂

How has the city of Brooklyn inspired your music?
Brooklyn’s thriving nightlife community was very nourishing. Like the city itself, I find the most inspiration in feelings that are bigger than me or difficult to understand. The sensation of reading a surrealist Murakami novel or hearing audio recordings captured from NASA missions. I always strive to express that rare feeling of imagining other possible worlds.

What was the difference between creating Snowfall compared to previous EP’s?
I’ve released two albums and one EP prior to the Snowfall EP, but this is the first EP I’ve released that is entirely focused on the world of a single track. The remaining tracks on the EP are remixes of “Snowfall” by other artists.

Growing up in the North East I was a bit of a loner and I would play in the snow by myself. It was beautiful, but I always wanted friends to play with. This collaboration felt like a snow day with friends and artists I admire.

Who is the ultimate artist you aspire to collaborate with and why?
These sorts of questions make my mind race to a million places at once. There are so many artists I find inspiring. My favorite artist at the moment is Nilüfer Yanya. I’d be honored to work with her. Her vocals and lyrics are refreshing and raw. She isn’t afraid to talk about the ugly parts we all have within ourselves.

In what ways have you pushed yourself beyond existing self-imposed limitations?
I get bored easily which is very frustrating in the moment. If I can exert the restless energy into my work, that’s when I find myself suddenly exploring new creative territory.

What’s next for QRTR?
I am writing this from the house I’m staying in with friends in Indio, just a couple days from my debut performance at Coachella. I’m sitting by a fire pit smelling a rosemary bush which reminds me of this tea my mom used to make and it’s comforting as the pre-show nerves kick in. This is the biggest gig I have played, but it somehow feels like the beginning of something.

In the short term, I am working on a heap of new music, scoring a film, and expanding my live performance beyond the realm of a DJ set.

What do you wish for the future of electronic music? In what ways would you like to see it evolve?
I can sense a bend in the electronic music landscape, particularly new sounds and energy disrupting the sort of dance music that we’ve been used to hearing on main stages in America the last few years. I think music producers are less fearful of experimentation right now and I’m grateful to be part of this oncoming era. During lock down, all the smoke and mirrors of the industry went away. There was barely money in it anymore, so the folks that were making music were doing it for the art. We were doing it for the connection. I hope that self-reflection lingers and influences the future of electronic music.

Any last words for the SPIN-verse?
Enjoy this mix! And come dance out some of your demons with me IRL, I’m currently touring with upcoming stops in D.C. and Denver before my next festival set at Electric Forest. You can find all that info on my site: WWW.QRTR.PARTY