So what’s in the red tier? Here’s what will reopen when L.A. moves forward. 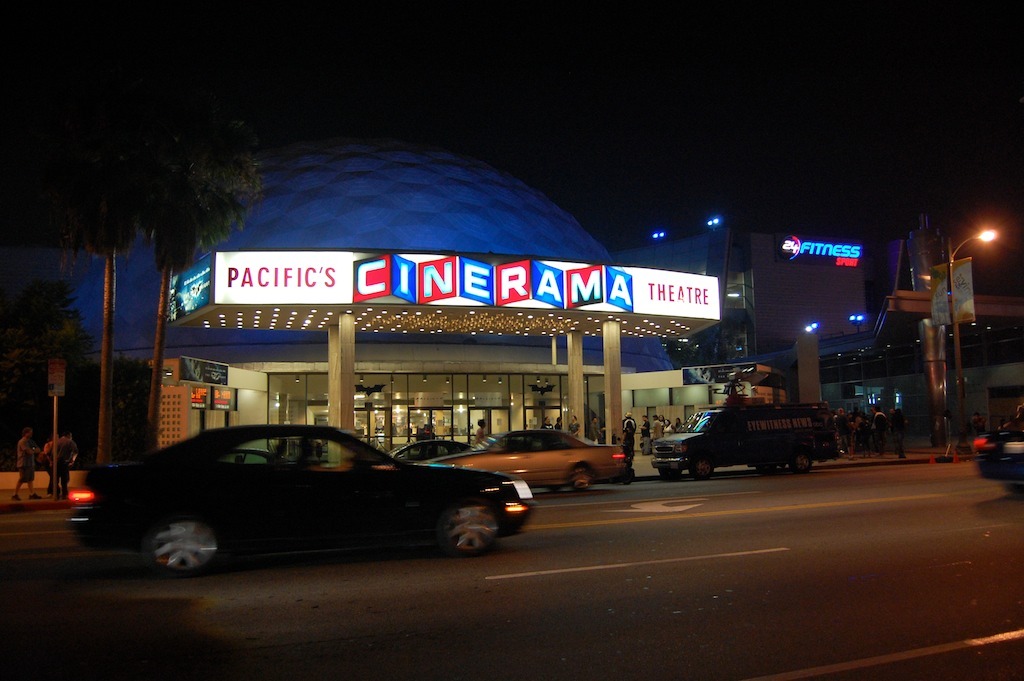 Stop us if you’ve heard this one before: Los Angeles County could be reopening some more sectors of the local economy soon. But this time it seems like it’s for real, and potentially very soon.

Since August 2020, California has used a four-tier, color-coded framework to ease into reopening more businesses county by county. L.A., as you probably know, has been stuck in the most-restrictive purple tier the entire time, but things are trending in a positive direction that—if it continues—could bring the return of museums, movie theaters and indoor dining (and even theme parks and stadiums soon after).

On March 8, L.A. County Public Health director Dr. Barbara Ferrer said that “it’s highly likely that we will become eligible for the red tier maybe before the middle of next week.” But she also projects that the state could hit its goal of administering two million vaccinations to those in the most vulnerable quartile of the California Healthy Places Index “by the end of this week” (Governor Gavin Newsom recently predicted this could happen as soon as Friday). At that point, in a recently announced shift, the red tier threshold would actually change from 7 cases per 100,000 people to 10. So since L.A.’s numbers will likely have been under that figure for two weeks, Ferrer said that “our understanding is that within 48 hours of the state announcing the vaccine trigger has been met, L.A. County… would move into the red tier.”

With all of those numbers out of the way, here’s what you need to know about what would change in the red tier:

Restaurants: Indoor dining will once again be allowed, with capacity capped at 25% or 100 people, whichever is fewer. The county will require eight feet between tables, and one household per table with a limit of six people (if you dine outdoors, you can accommodate up to three different households). Wineries and tasting rooms that don’t serve meals would still be limited to outdoor service, though.

Movie theaters: Can reopen indoors at 25% capacity or 100 people, whichever is fewer. Groups must be seated at least six feet away from each other.

Museums, zoos and aquariums: Indoor areas can reopen at 25% capacity.

Gyms: Can reopen indoors at 10% with masks required, but saunas and steams rooms would have to stay closed.

Retail: Capacity doubles to 50% for most stores, and full capacity for grocery stores.

Offices: Remote work would still be encouraged for anyone who can do so.

Schools: Permitted to reopen for in-person instruction as long as they adhere to all state and county directives.

Private gatherings: Previously limited to outside only, you’ll be able to gather with up to two other households, as long as all people are wearing masks and separated from different households. Fully vaccinated people can gather together without masks or distancing.

Theme parks and stadiums: Starting April 1, counties in the red tier will also be able to able to reopen theme parks at a limited capacity and welcome a small number of fans back to stadiums and outdoor performance venues. See our full story here.

Though it was initially uncertain if L.A. County would follow all of the state’s reopenings, all of the above have now been confirmed by the county (and Long Beach, which operates its own health department plans on doing the same; Pasadena, which similarly has its own, has yet to release guidelines).

One important note: We’ve kind of been here before. In early fall 2020, L.A. met all of the red tier requirements for a single week but just missed on the case rate for the second week, hovered close to that threshold for the rest of the month and then spiked into a post-Thanksgiving nightmare. It seems like we’ll for sure hit the red tier this time, but if things reverse in the wrong direction, we could eventually see a return to purple.

In order for a county to move forward, it needs to meet a few key coronavirus metrics: the seven-day average of cases per 100,000 county residents as well as the positivity rate of all Covid-19 tests. In addition, the state has equity requirements for both numbers that take into account the status of some of the hardest-hit populations (the state specifically references Latino, Black, Pacific Islander, low income and essential worker communities). To move from the purple to red tier, a county needs two straight weeks of fewer than 7 cases (which as we mentioned before, will soon change to 10 cases) per 100,000 people and a positivity rate of less than 8%.

L.A.’s numbers have been plummeting since mid-January, and on February 23 (the state releases numbers weekly) the county’s positivity rate fell within the red tier range but its adjusted case rate, at 12.3, still sat just outside of it; on March 2, that number came even closer at 7.2, and on March 9 L.A. posted its first week in red territory with an adjusted case rate of 5.2.

So fingers crossed, L.A.—and, you know, masks up—and maybe we can set foot inside of a museum or a movie theater sometime soon.

This story was originally published on February 26, 2021. It’s been updated with the latest adjustments to California’s reopening framework and recent remarks from the county.