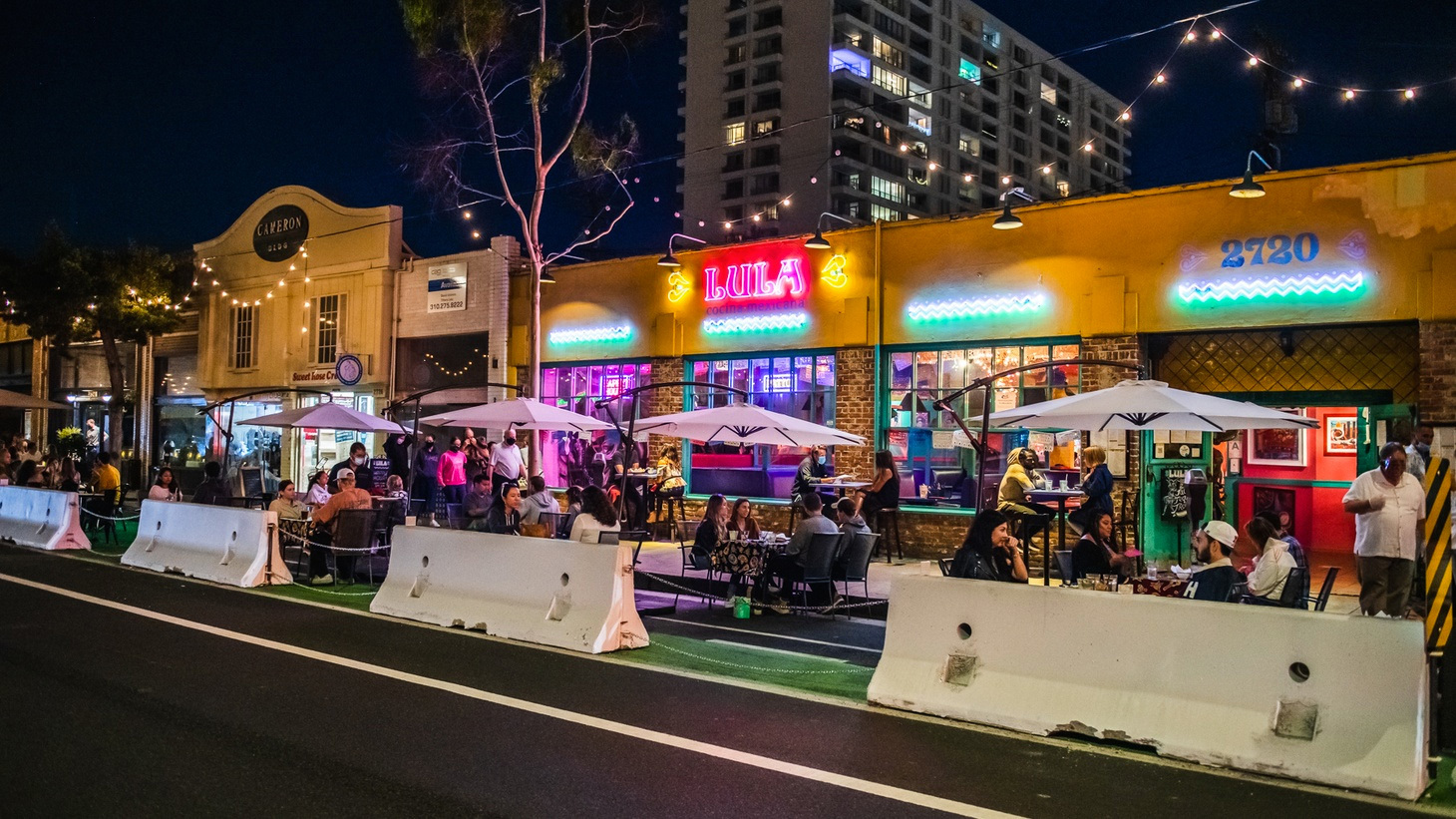 It’s never been difficult to dine outdoors in L.A., and the surge in temporary pop-up patios along sidewalks and in parking spots has only made it that much easier. It’s arguably one of the most enjoyable changes over the past year—so much so that one of Santa Monica’s most charming streets could transform into a pedestrian plaza on select weekends.

On Tuesday, the Santa Monica City Council unanimously approved a request to devise a pilot program that would shut down a section of Main Street to car traffic on summer weekends. The motion, which seeks to boost business along the restaurant-filled street, now heads to city staffers to sort out the logistics and potential traffic impacts before its final approval.

The details still have to be worked out, but the program would most likely close two or three blocks to car and bus traffic. A map posted on the Main Street Business Improvement Association’s website specifically suggests about half a block east of both Hill Street and Ashland Avenue could be opened up to on-street dining (which would place it near spots like Jameson’s Pub, Sunny Blue and the Library Alehouse). In any case, this wouldn’t close the entire span of the tree-lined street, and cross traffic would still be allowed.

The closures would likely occupy two days on select weekends, either Friday and Saturday or Saturday and Sunday. Though there’s no set start date, MSBIA director Hunter Hall said during a public comment period that the closures could commence at the end of June.

Some of Main Street’s curbside parking spots have already been turned into outdoor dining parklets lined with brightly-painted traffic barricades as part of the city’s Main Street Al Fresco initiative. But this new pilot program could potentially see dining activity spill onto the street itself.

The MSBIA and the Ocean Park Association, which represents residents in the surrounding area, hatched the idea, and council members Gleam Davis and Christine Parra then presented it in front of the council. Davis cited the success of a similar program on Santa Barbara’s State Street, as well as comparably-sized pedestrian initiative in Munich that boosted retail activity by 200%, and restaurants by 300%.

The city received over a hundred public comments in response to the proposal, the large majority of which were in favor. Among those residents opposed, most cited fears of increased traffic along 2nd and 3rd Streets, residential roads that run parallel to Main, as well as some who simply felt that the plan caters too heavily to restaurants and bars.