Sam Jayne and the Plight of Indie Musicians Amid the Pandemic

Artists often go unnoticed until they inspire you. Until they lead you by the hand into a brand new understanding of the world, they could just be the louder-than-life character sitting next to you at the bar. Hell, they could even be serving you your next beer.

Jayne grew up in Seattle and relocated years ago from the Pacific Northwest to Brooklyn, where he followed a trajectory that many blue-collar musicians easily caught up in: record music, tour and find service jobs that will be waiting for you when you get back home. Jayne lived that life, becoming a bartending fixture at local bars like Clem’s in Williamsburg and Rockaway Brewing Co. in Rockaway Beach.

Last seen on Dec. 6, Jayne went missing, resulting in a large social media effort to locate him. The NYPD confirmed the worst on Dec. 15, after Jayne was found dead in his maroon Chevy Tahoe with “no signs of criminality” at the scene. He was 46.

His family confirmed that his cause of death was a result of heart-related, “undiagnosed health conditions,” and that he died peacefully while curled up in his car the night before a planned cross-country drive to visit friends around the holidays.

According to Zeke Howard, who had played drums in Love as Laughter and set up the “Sam Jayne Forever” site, Jayne had been living between a few different places at the time of his death. He moved out of his apartment in Rockaway Beach once work had become scarce during the pandemic and had set up a “constellation” of different places to crash between staying with his longtime girlfriend Nikki Mower upstate, on friend’s couches, and in his car, when the weather permitted.

Jayne’s grand plan had been to eventually travel upstate to visit Howard and other friends in the Catskills, before driving out to the West Coast and up to Seattle to ride out the pandemic. Howard hoped that Jayne would eventually live with him and work on unfinished projects until he could get back on his feet.

The trip kept getting pushed back after the brakes went out on Jayne’s Tahoe, and then it was radio silence. His recent main passion and source of income was putting together all music video request nights known as SAM TV every Monday night at both Clem’s and Rockaway Beach Brewery. 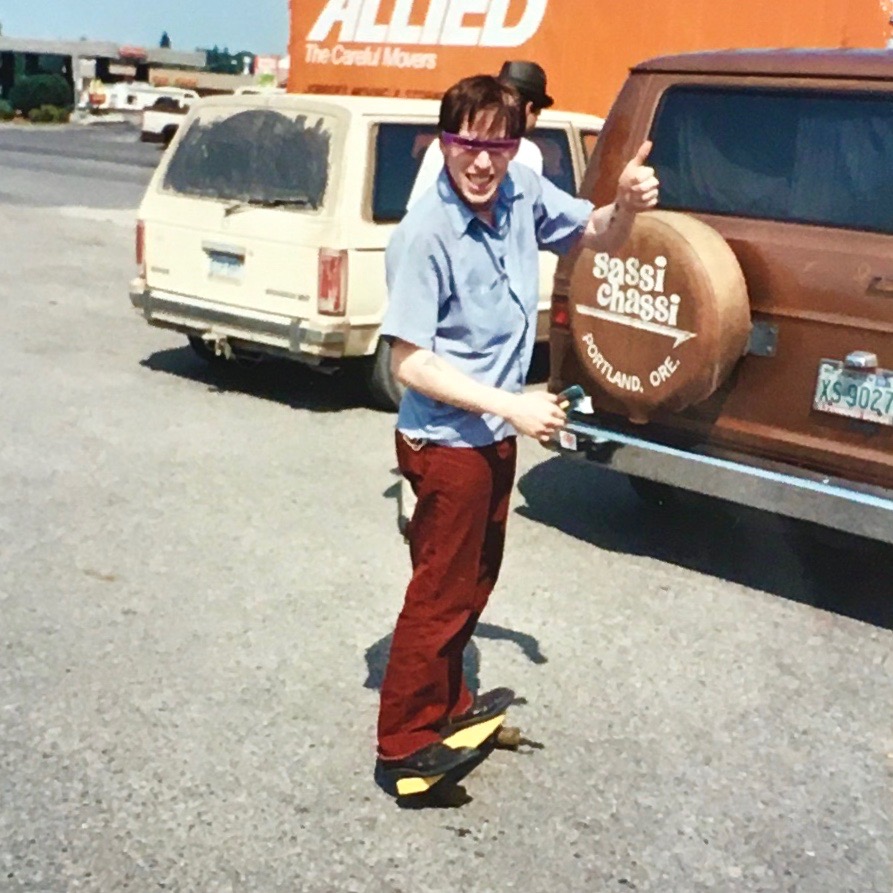 A full-scale search had been coordinated between Howard and friends back in Brooklyn. People, including many well-known musicians, shared posts on Instagram to glean any information to his whereabouts. A core group of concerned friends made a map of Williamsburg and went block by block, spending 10-to-12-hour days searching for his car before it was located.

Jess Espeleta, a close friend and one-time Love as Laughter bandmate, recalls that Jayne had promised for years to drive out and visit her in Los Angeles. But in phone conversations over the past couple months, she found out about his situation leading up to his passing.

“He was too proud to put people out all of the time,” Espeleta says. “There are so many people that would have sent Sam money for a hotel. I think he reached out to a place or two that couldn’t accommodate him on the night that he went missing. The places that he did have offers [from], he was like, ‘Nah, I’ll sleep in my car.’”

His younger brother, Peter Jayne, sees Sam’s endless struggle to get by as a product of how artists are devalued in society. “To have somebody who is that prolific be so affected by this pandemic, it just shows you how catastrophic this whole thing is really,” he says.

On the surface, Jayne was excited about this adventure as he slowly outfitted his Tahoe to be a “camping unit.” But it was easy for Mower to see that he was in a tough spot both mentally and financially, even though he tried to keep a resilient outlook.

In the U.S., the pandemic has brought sobering clarity to the challenge artists face making a living. As disparaging statistics reveal how poorly musicians are paid through streaming platforms, finding work within the service industry may not be as reliable as bars and restaurants hang on for dear life.

Many musicians are facing similar daunting circumstances. Earlier this year, a GoFundMe campaign was set up for Edward Crawford of fIREHOSE to help save him from sleeping in his car this winter. Jayne is just one of many artists who have passed away in the indie and underground circles in recent years — and in some cases, the families of those performers are left to reckon with difficult financial situations.

After singer-songwriter Justin Townes Earle died in August at age 38, a GoFundMe was set up to help his surviving family with both “legal and medical expenses” that he was unable to pay off during the pandemic. To help with this burden, his father, Steve Earle, recorded an album featuring covers of Justin’s songs, with all sales going to a trust for Justin’s daughter Ella.

Sean Tillmann, better known as Har Mar Superstar, understands how difficult this year has been on musicians. No longer able to sustain his musical projects during the pandemic, he decided to become a full-time mail carrier for the USPS in his hometown of Minneapolis.

“It feels like if you somehow combined art school and the military. Everybody is super chill, but you’re definitely stressed working soldiers out there,” Tillmann says of his new gig. “You are on your own, but there’s a team if you need it. It’s cool! It’s a thing I want to keep doing. Like, tour one month a year and then be a mailman.”

But making the transition away from a life centered around the arts is difficult. And with so many of the connections people have to each other now severed, checking in on someone in need is not as simple as it seems in hindsight.

“If you are strapped, it’s really hard to ask for help,” Espeleta says with a heavy sigh, “Especially if you have gone through periods of having your shit together, you don’t want people to know if shit’s bad.”

The loss of these artists can create a lasting ripple effect. Though it may be difficult to know when to reach out, the need is clearly stronger than ever.

“I feel like time is more elastic. You can mean to reach out to someone and it may seem urgent, but it might take three weeks for you to actually get around to doing it,” says Tillman, who had been friends with Jayne for nearly 25 years.

Brooklyn-based therapist Elle Bernfeld has been working with artists to help them to separate from the pressures of sustaining their artistic identities in this difficult climate. But she understands that warning signs are sometimes hard to spot and that creating the lines of communication to someone facing hardship can be the largest barrier to cross.

“Sometimes opening that door for someone else to feel comfortable is not only therapeutic for you, but it’s also helpful for them because so many people just keep saying they’re fine when they’re not,” she says. “And that’s the scary thing. If someone’s able to open up and reach out for help, obviously they have a much better chance of getting through whatever is plaguing them.” 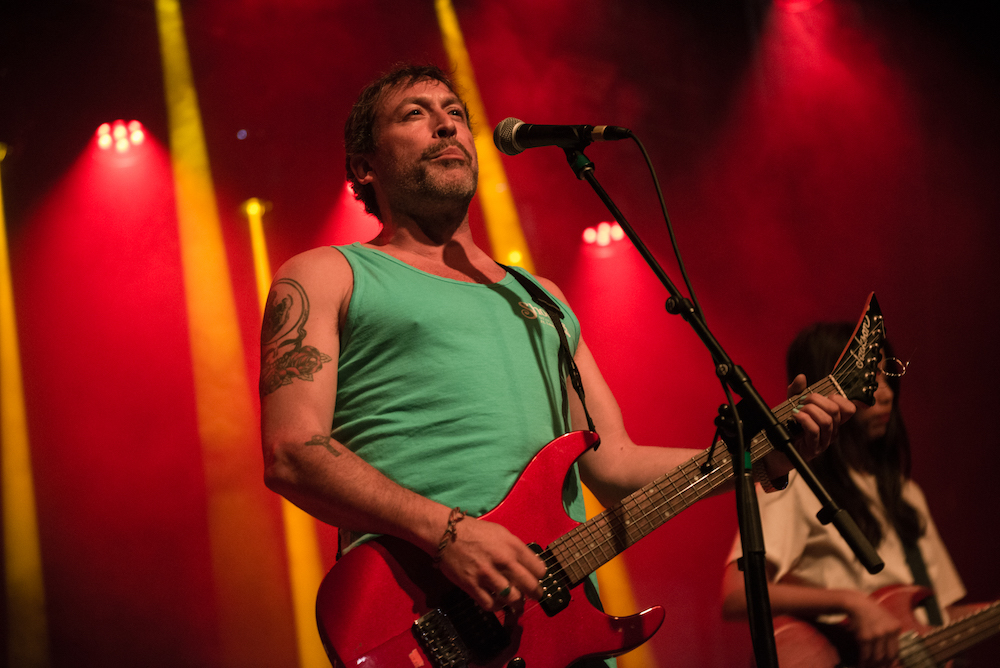 On Dec. 21, Clem’s hosted one final three-hour episode of SAM TV on their Instagram page, including special guests, music videos, goofy clips and archival footage of Jayne playing with Lync and Love as Laughter. Espeleta submitted a cover of Wang Chung’s “Dance Hall Days” that Jayne had emailed her nearly six years ago, and there was a clip of Jayne rocking righteously with Built to Spill, playing the Love as Laughter song “Singing Sores Make Perfect Swords” from the tour they opened back in 2019. It was his final stage performance.

In the days following the stream, Howard uploaded some heartfelt messages to his tribute site from some of Sam’s friends and peers. There were memories from musicians like Dinosaur Jr.’s J. Mascis, Robin Pecknold of Fleet Foxes, Kimya Dawson, Band of Horses and Fred Armisen, who fondly remembered enjoying Sam performing as a member of Modest Mouse on SNL in 2004, singing gleefully and playing maracas.

It was a definitive moment. There was Sam Jayne from the neighborhood, playing with one of the biggest bands in alternative rock as an equal member, with millions watching on TV. In the years after, he would go back to being the best-kept secret behind the bar.