In just under a month, British duo Royal Blood are dropping their highly-anticipated third studio album Typhoons. Now, vocalist Mike Kerr and drummer Ben Thatcher are back with another stunning visual from the LP.

On April 1, they released an action-packed video for their latest single “Limbo,” which hit streaming services March 25.

In the Joao Retorta-directed video, two biker gangs find themselves in the middle of a tense rivalry. In between trick-filled motorcycle rides around the city, each group is preparing for the ultimate showdown. While the black-suited group shines their bikes and gets involved in heated arguments, the blue-suited gang is practicing their best dance moves for the impending clash.

Eventually, the two groups confront each other and face off in an intensely choreographed dance battle. Soon after, the rivals take to the streets with their bikes to find out who the real winners are. Then, when one biker is involved in a bad crash, the true winners of the fierce showdown are finally revealed.

For Kerr and Thatcher, “Limbo” shows a completely different side to them. As well, it further introduces the world inside their new album Typhoons to Royal Blood listeners.

“It is without a doubt the most ambitious and wildest we have allowed ourselves to be, and we can’t wait to invite you this far down the rabbit hole with us,” the duo says in a press release.

On March 27, Royal Blood gave their debut performance of “Limbo” on the popular video game Roblox. The duo played a virtual three-song set during the 8th annual Bloxy Awards, which recognizes the work accomplished by Roblox players and creators.

Kerr and Thatcher appeared as animated avatars and performed in front of a virtual audience made up of the game’s players. Their set included numerous theatrics such as fireworks and even chaotic laser lights. Along with “Limbo,” Royal Blood also performed the Typhoons track “Trouble’s Coming” and “Figure It Out” off their 2014 self-titled album.

Read more: 40 new artists you need to hear in April

Earlier this year, Kerr explained how Typhoons is unlike anything Royal Blood have released so far.

“We sort of stumbled on this sound and it was immediately fun to play,” he says in a press release. “That’s what sparked the creativity on the new album, the chasing of that feeling. It’s weird, though–if you think back to ‘Figure it Out,’ it kind of contains the embryo of this album. We realized that we didn’t have to completely destroy what we’d created so far; we just had to shift it [and] change it. On paper, it’s a small reinvention. But when you hear it, it sounds so fresh.” 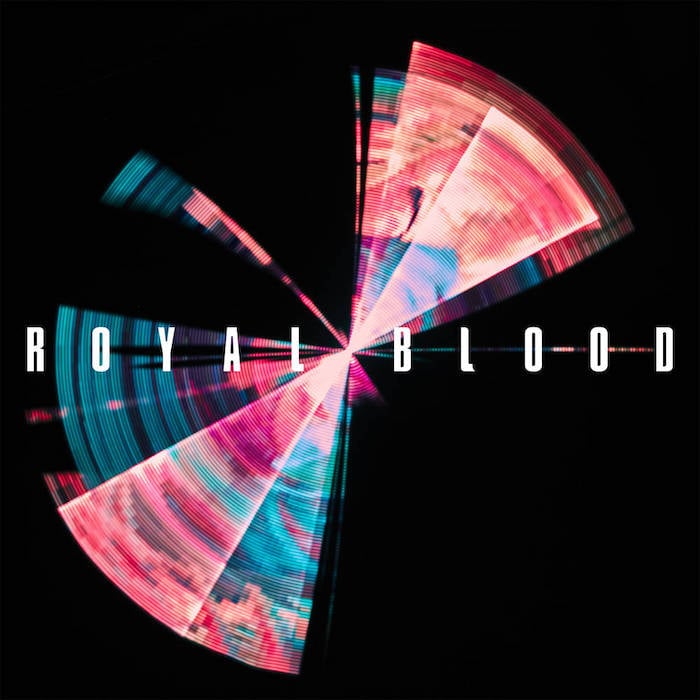 So far, Royal Blood have offered a few previews of their upcoming album. Back in September 2020, the British duo introduced Typhoons with the funky rock track “Trouble’s Coming.” Then, in October, they released a cinematic video for the song. The dark and trippy visual shows Kerr and Thatcher trapped in a stormy alternate universe they are trying to escape.

After the song’s release, Kerr revealed to NME that Royal Blood took inspiration from numerous genres while creating “Trouble’s Coming.”

“We realized that this much dancier sound really leant itself to the kind of music we were already making,” Kerr tells NME. “We found this through-line between classic rock, dance music and disco music where, to me, some of the best fretting ever is AC/DC. They always play over this straight beat. It’s just like a heartbeat through the songs that never stops. Then these riffs just cut over the top. All we had to do was speed it up and it gave us this new approach to what we did. It felt like we were seeing in color for the first time.”

More recently, in January, Royal Blood dropped the title track of their new album. The powerful “Typhoons” visual starts off with Kerr and Thatcher performing in a rooftop parking lot under an ominous grey sky. Soon after, however, anarchy breaks out as dozens of individuals flock from the city to where Royal Blood are. As a storm looms above them, the group of people create a fast-paced circle around the British duo, eventually leaving them in the center of a violent typhoon.

Kerr previously told NME that “Typhoons” represents many of the narratives found on Royal Blood’s new album. As a result, they decided it was fitting to name the entire LP after the song.

“With the subject matter of this song, it brought a lot of the themes of the record together,” Kerr tells NME. “A lot of the songs on album tackle this idea of being lost in your own thoughts and how consuming that can really be. I think ‘Typhoons’ made it really clear that when a thought or an idea takes over, you are lost in that. It does feel like it can go on forever, but it’s also about knowing that it can’t go on forever. It’s not permanent–it can’t be.”

What are your reactions to Royal Blood’s “Limbo” video? Let us know in the comments below.

2021-04-01
Previous Post: Journey Settle With Former Rhythm Section Following Alleged ‘Coup’
Next Post: Whatever Is Left of It