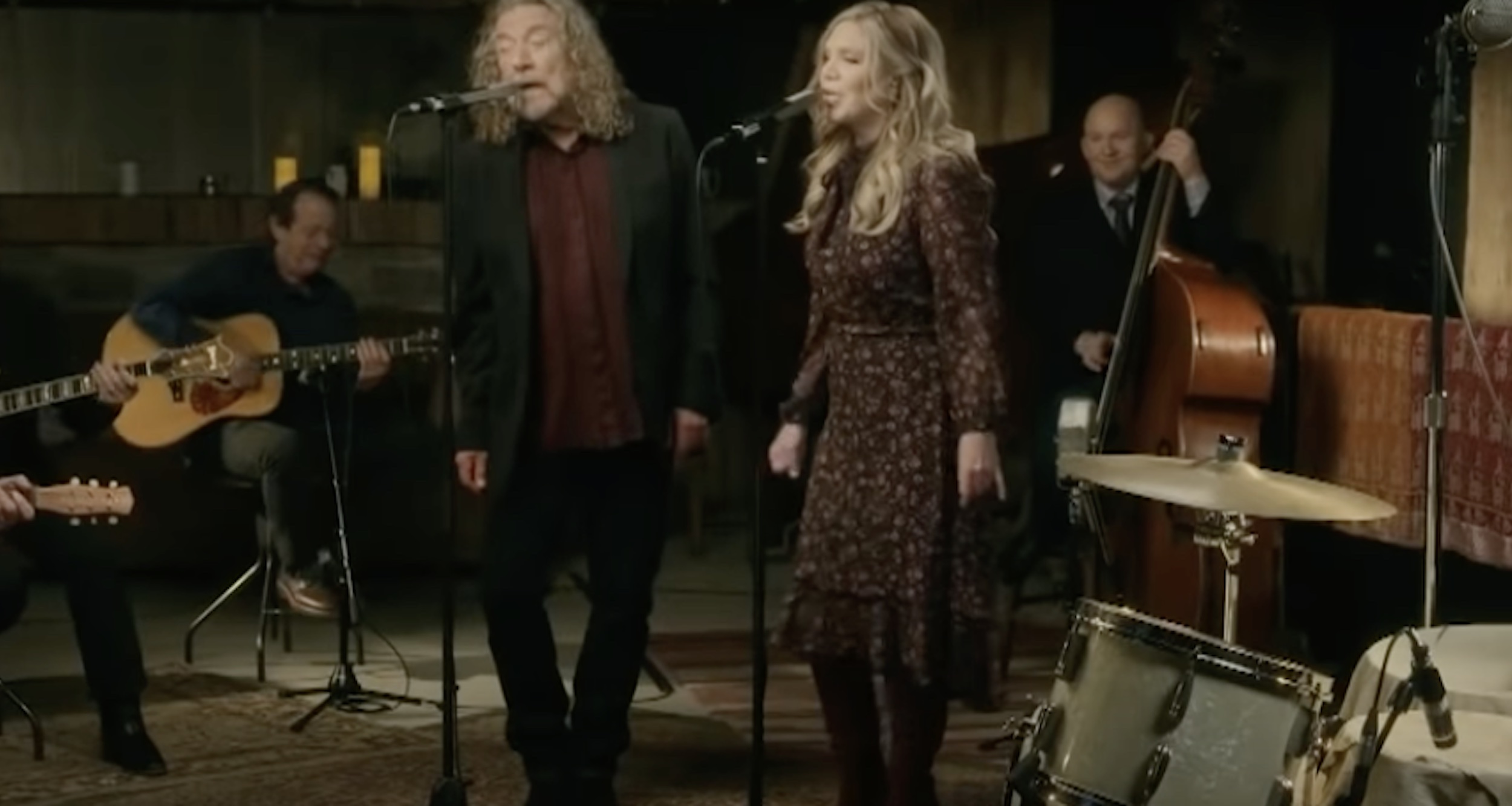 Robert Plant and Alison Krauss dropped their latest album Raise the Roof yesterday and celebrated the release with performances on The Late Show With Stephen Colbert and CBS Saturday Morning.

The duo delivered a pre-recorded performance from Nashville for Colbert where they played “Can’t Let Go” and, as a web exclusive, “Trouble With My Lover,” backed by a band of guitarists, a stand-up bassist, and a drummer.

Hours after that performance, the pair visited the Country Music Hall of Fame to chat with CBS Saturday Morning about the album (their first in 14 years).

“It’s tough, singing what they call harmonies, was always a but a challenge to me. But I cracked it,” Plant confessed, noting that prior to his collaboration with Krauss, his only other duet with a female artists was Led Zeppelin’s “Battle of Evermore” with Fairport Convention singer Sandy Denny. “I’m having to learn stuff that isn’t natural to me. Sometimes, it’s not easy, but it’s doable.”

Plant and Krauss once again performed “Can’t Let Go” for CBS Saturday Morning, as well as “Searching for My Love.”