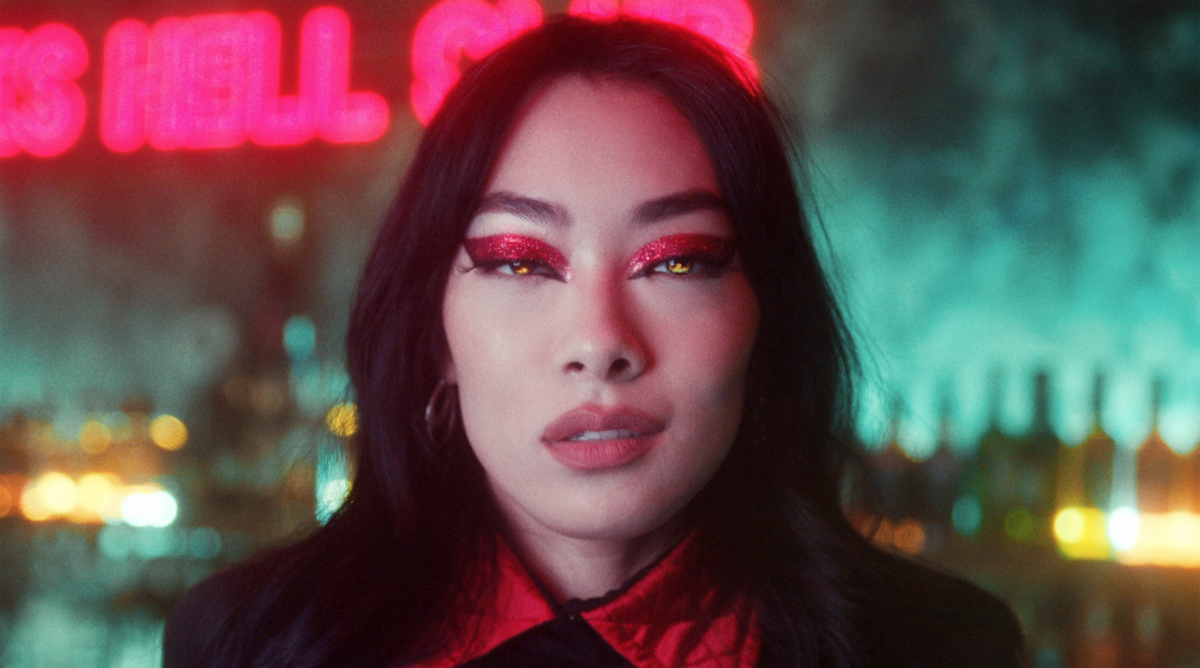 Any wedding DJ in their right mind knows you can’t just start out the night with “Call Me By Your Name.” Jesus. That’s one you’ve got to build up to. And that’s why Rina Sawayama had to create “This Hell.” It’s the perfect amuse-bouche to Lil Nas X’s Temple of Raunch because it’s a love jam with the same warning label: If I’m not enough for God, I’ll happily ride with the Devil. Or as Sawayama puts it: “God hates us? Alright then!”

“Saw a poster on the corner opposite the motel, turns out I’m going to hell If I keep on being myself,” Sawayama sings in the first verse. “Don’t know what I did, but they seem pretty mad about it.” With that out of the way, Sawayama spends the rest of the song in celebration mode. The video, which was directed by Ali Kurr, shows the pop star two-stepping down the aisle, then line-dancing in a nightclub.

Sawayama’s country moves invoke Shania Twain, to whom Sawayama nods at the beginning of the song, murmuring “Let’s go girls,” just like the beginning of “I Feel Like A Woman.” Like Twain’s song, “This Hell” is a song of resilience and solidarity aimed at both women and the LGBTQIA communities.  “[Director Ali Kurr and I] always like to tell engaging stories through film together so this one was about love and community in the face of hatred and dissent,” Sawayama said in a statement.

“This Hell” was co-produced by Paul Epworth and Clarence Clarity and written by Sawayama alongside Vixen, Epworth, and Lauren Aquilina (Demi Lovato, Little Mix). It will appear on Sawayama’s forthcoming album, Hold the Girl, out September 2.

2022-06-15
Previous Post: Brad Pitt tells ex-fiancée Gwyneth Paltrow ‘it’s lovely to have you as a friend now’
Next Post: Tom Hanks on Whether He’d Be Able to Star in ‘Philadelphia’ Role as a Straight Actor in Modern Times: “No, and Rightly So”