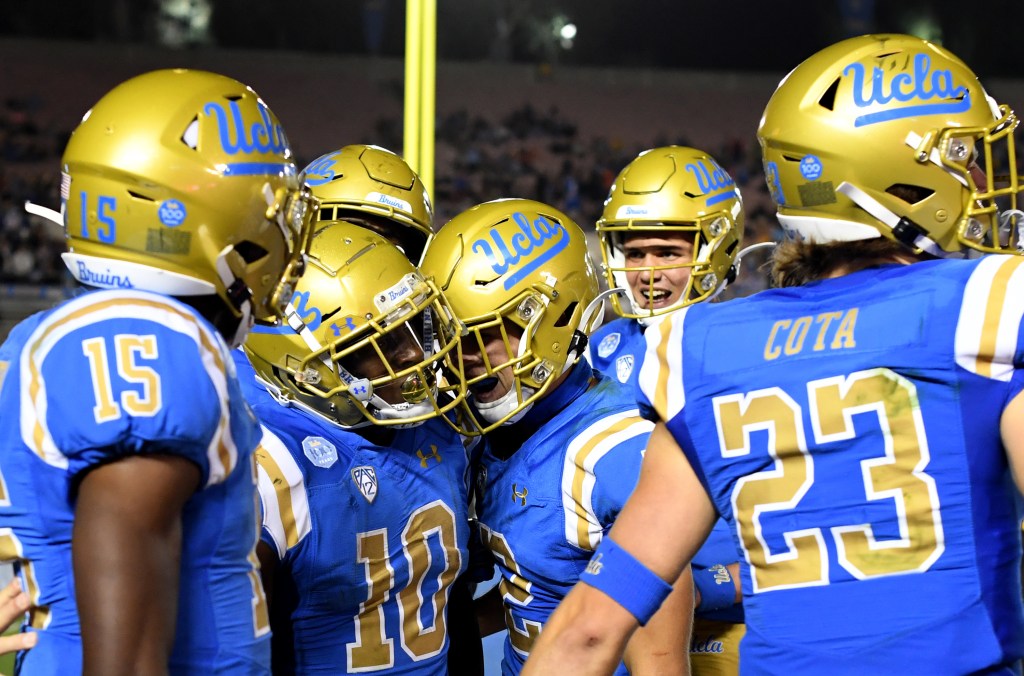 The UCLA football team landed in Boulder, Colo., on Friday afternoon hours before the Associated Press reported that three people within UCLA’s athletic department, including at least one football player, have tested positive for coronavirus.

The Bruins’ football game against Colorado is still scheduled for Saturday at 4 p.m. PST, according to the report. Players will be tested before kickoff per conference policy. Two Pac-12 games have already been canceled this week because of the COVID-19 virus pandemic that is spiking around the nation.

UCLA’s players remained coronavirus-free, despite one false positive scare, after daily testing throughout fall camp. The Bruins have stayed in one dormitory building and have had little interaction with anyone outside of the bubble.