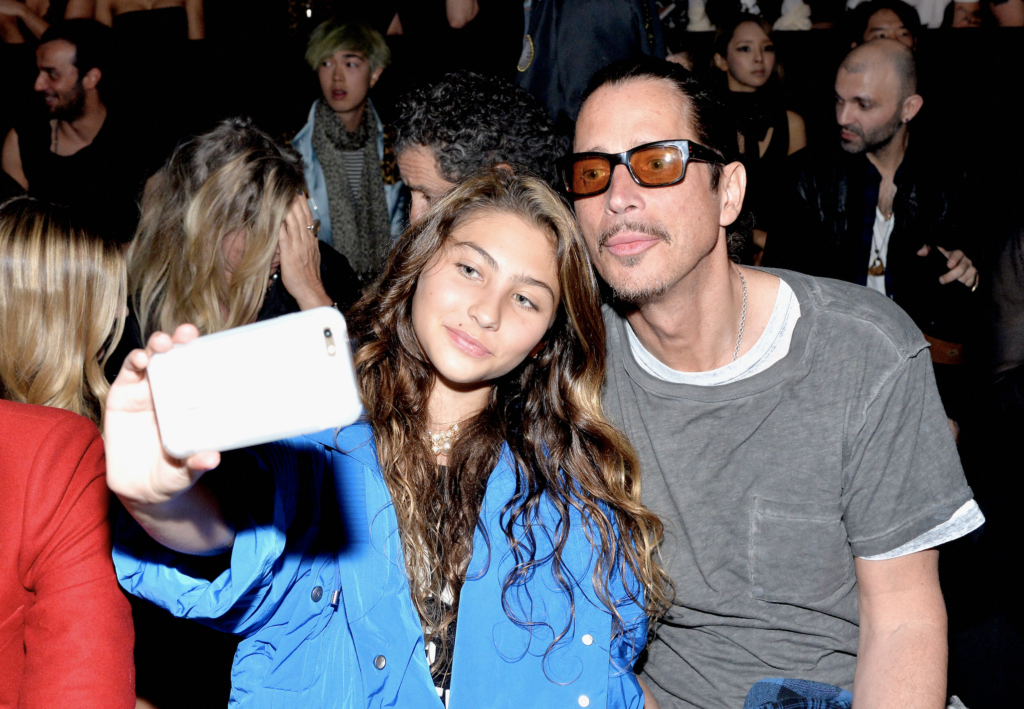 Toni Cornell, the 17-year-old daughter of the late Soundgarden frontman Chris Cornell, posted a special message in honor of what would have been his 58th birthday on Wednesday (July 20). She began by talking about “Nothing Compares 2 U,” the Prince-written song that Sinead O’Connor made famous in 1990. It’s a song that the father and daughter used to sing together, but Toni now sings it on her own following her father’s 2017 suicide.

“Losing you was one of the hardest things we had to go through,” Toni wrote. “They say it gets easier with time, but as the days and years go by, and since we last saw you, we are missing you even more … Today, on your birthday, I think so so many join me in saying we miss you the MOST!!! The world would not be the same without you in it, and will never be the same with you gone.”

“You wrote the soundtrack to not just our lives, but for millions, and we will forever hear it,” she added. “We feel you with us as your words, love and all of the memories shaped our world, made us who we are and are forever ingrained in the fabric of our souls … Happy Birthday to the greatest dad and most incredible human whose life continues to leave an incredible mark on everyone he touches.”

Toni and her mother, Cornell’s widow, Vicki Cornell, also gave the singer a special tribute on SiriusXM’s Lithium channel. The pair DJ’ed songs that Cornell liked by Prince, David Bowie, Johnny Cash and others. In between songs, Vicki spoke about how her late husband’s wide-ranging musical taste.

“There was no such thing for him as a specific genre,” Vicky Cornell said. “If he felt the artist was great, he listened to their music. It didn’t matter. Chris loved Eminem. He thought he was an amazing artist and we would play “Not Afraid” in the car. And little Christopher suddenly started singing it. And it was his favorite song. And so daddy and him would get into the car and immediately Christopher would be like, ‘put on “Not Afraid”’ and he would sing it and they’d sing it together. Like rap, this little baby was, was rap. I mean, he was really young. Yeah. And it was just one of those special songs that we played around the house and he thought he was amazing.”

Vicky also said her late husband was a “huge Adele fan.” “He just admired her and thought she was just one of those, I mean, I think we can all agree one of the greatest and he was completely in awe of her Tiny Desk performance, the entire, the entire thing,” Cornell said. “And the next thing he was scheduled to go into the studio to do was cover the entire Tiny Desk. That’s what he was planning on going in to do next. So it’s, it’s kind of bittersweet.”

Listen to the clips below: