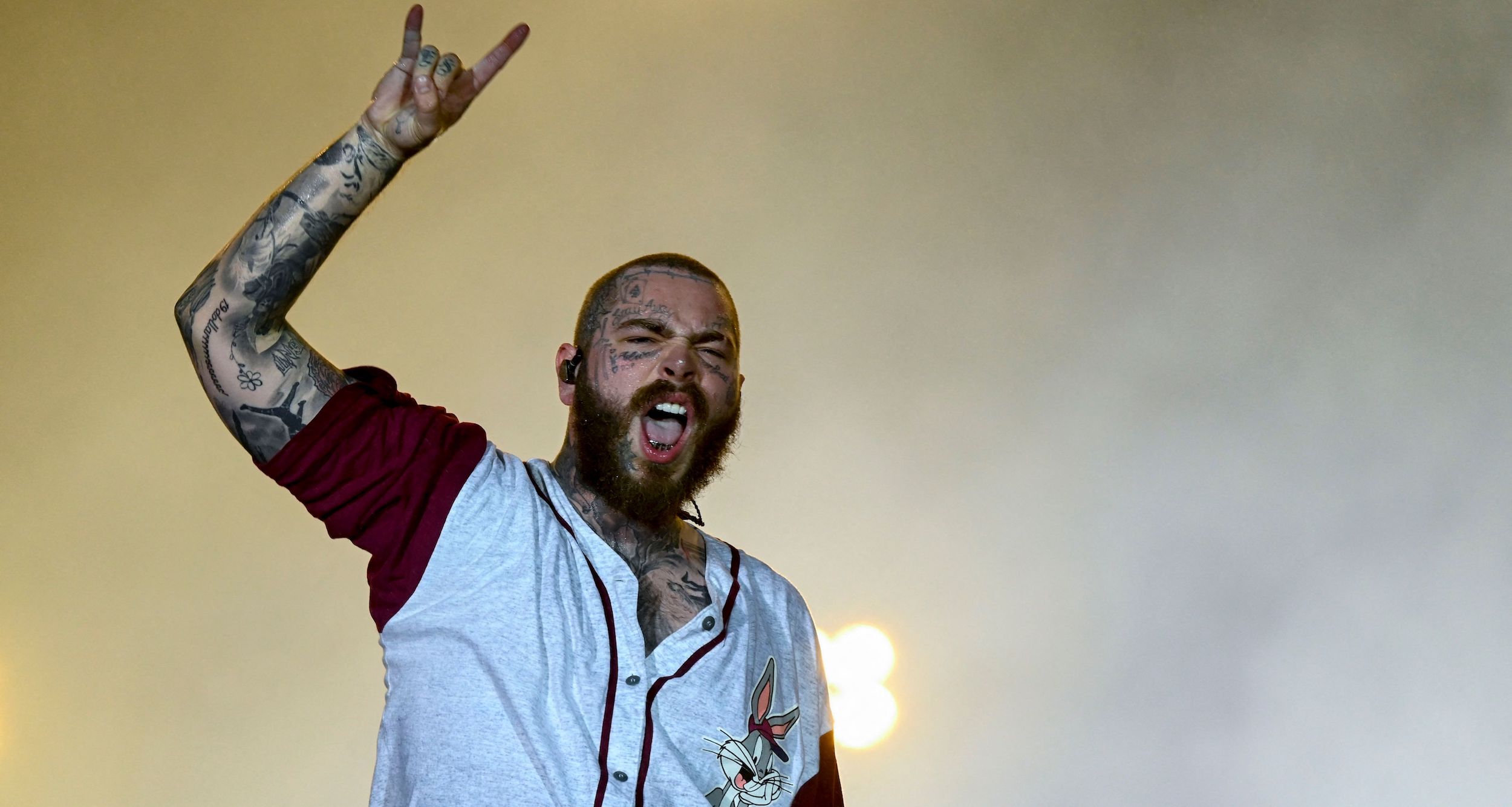 Post Malone had a scary fall during his show in St. Louis last night. While performing “Circles,” the rapper tripped into an uncovered hole that was used to lower equipment below the stage. He laid on the ground for quite some time, clearly in pain. Medics rushed to the stage and took Posty away, and it was unclear if the show would go on until he came back 15 minutes later, beer in hand.

“St. Louis, I’m so fucking sorry I ruined the show tonight, ladies and gentleman,” he said. “I promise next time I come around, I won’t fucking wreck y’alls night, I’m sorry for that. That being said, fuck… That being said, I want to thank you for your patience and I’m sorry.”

Miraculously, Posty was able to play five more songs; however, the set was much shorter than normal.

Today, Post Malone shared an update with fans in a video message on social media. “Hey, St. Louis. I fucking love you guys so much. Thank you for the patience, thank you for putting up with my dumb ass,” he said. “Whenever we do the acoustic part of the show, the guitars on the guitar stand goes down and there’s this big ass hole, so I go around there and turn the corner and bust my ass… It got me pretty good.”

“We just got back from the hospital, everything’s good — they gave me some pain meds and everything so we can keep kicking ass on the tour,” he continued. ” I just want to apologize to everyone in St. Louis and I want to say thank you guys so much for coming to the show and next time I’m around this way we’re gonna do a two-hour show for you to make up for the couple missed songs that we missed.”

His next show is scheduled for Sept. 20 in Columbus, OH.