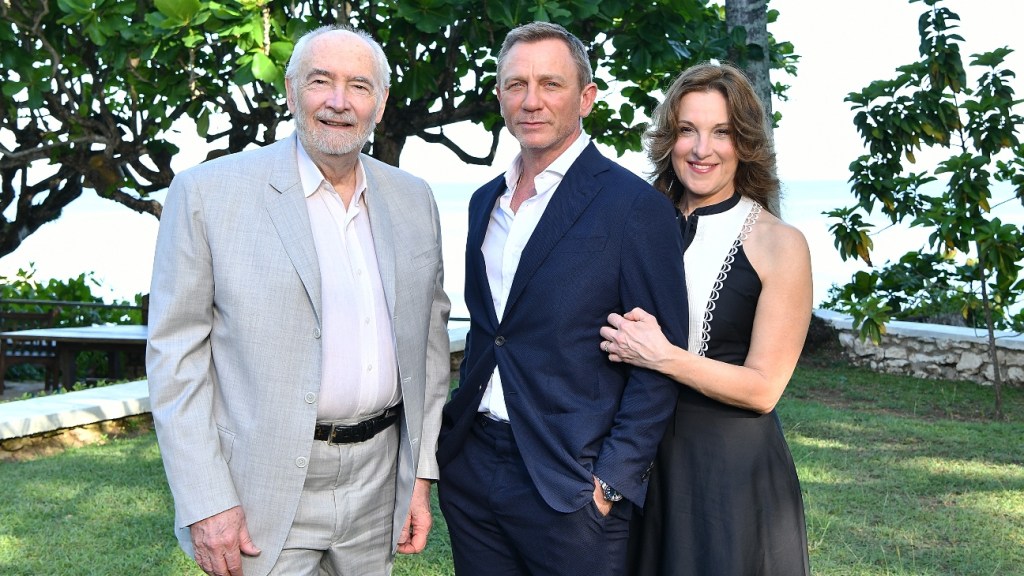 There was plenty of bonding Wednesday night as producers Michael G. Wilson and Barbara Broccoli received the 2022 Pioneer of the Year Award from the Will Rogers Motion Picture Pioneers Foundation. It is the first time since the pandemic began that the gala celebration was able to resume.

For nearly three decades, Broccoli and Wilson, her half brother, have controlled the blockbuster James Bond franchise. The most recent installment, No Time to Die, was one of the most successful films of the pandemic, earning north of $774 million globally. The pic marked Craig’s fifth and final turn as the iconic British spy. In 2012, his film Skyfall became the first title in the series to cross $1 billion at the global box office.

Craig made a surprise appearance at the dinner, where he and Michelle Yeoh — who starred in Tomorrow Never Dies, starring Pierce Brosnan as 007 — were on hand to present the award to Wilson and Broccoli later in the evening. United Artists Releasing president Erik Lomis’ levity kept the crowd laughing as guests were served dinner, as did former MGM chief Jonathan Glickman (UAR distributes films from MGM, home of the Bond franchise. Universal had overseas duties on No Time to Die).

A tradition for more than 70 years, the Pioneers Award recognizes leaders in the motion picture industry whose career achievements and commitment to philanthropy are exemplary. It is one of the most prestigious tributes in the entertainment industry and within the philanthropic community.

Wilson and Broccoli have produced nine of the 25 Bond films since taking over leadership of the London-based Eon Productions, the company founded by their father, Albert R. Broccoli, and Harry Saltzman.

The evening’s agenda also included a performance by Sam Smith, who is set to sing Spectre theme song “Writing’s on the Wall,” for which the singer won the Oscar for best original song in 2016. (It was the second Bond theme song to earn an Oscar after Adele’s title track for Skyfall).

Broccoli and Wilson are ardent supporters of the theatrical experience and refused any attempts to send No Time to Die straight to streaming because of COVID-19. MGM is the home of the Bond films, a prized franchise that was top of mind when Amazon paid $8.5 billion to buy MGM (the deal closed earlier this year).

The annual Pioneers dinner benefits WRMPPF’s Pioneers Assistance Fund, which provides financial assistance to individuals in the motion picture distribution and exhibition community who are encountering an illness, injury or life-changing event.

Broccoli is currently producing Macbeth on Broadway, directed by Tony-winner Sam Gold and starring Craig and Ruth Negga. She is also collaborating with Whoopi Goldberg and Chinonye Chukwu on the Emmett Till drama Till, scheduled to be released in October 2022.