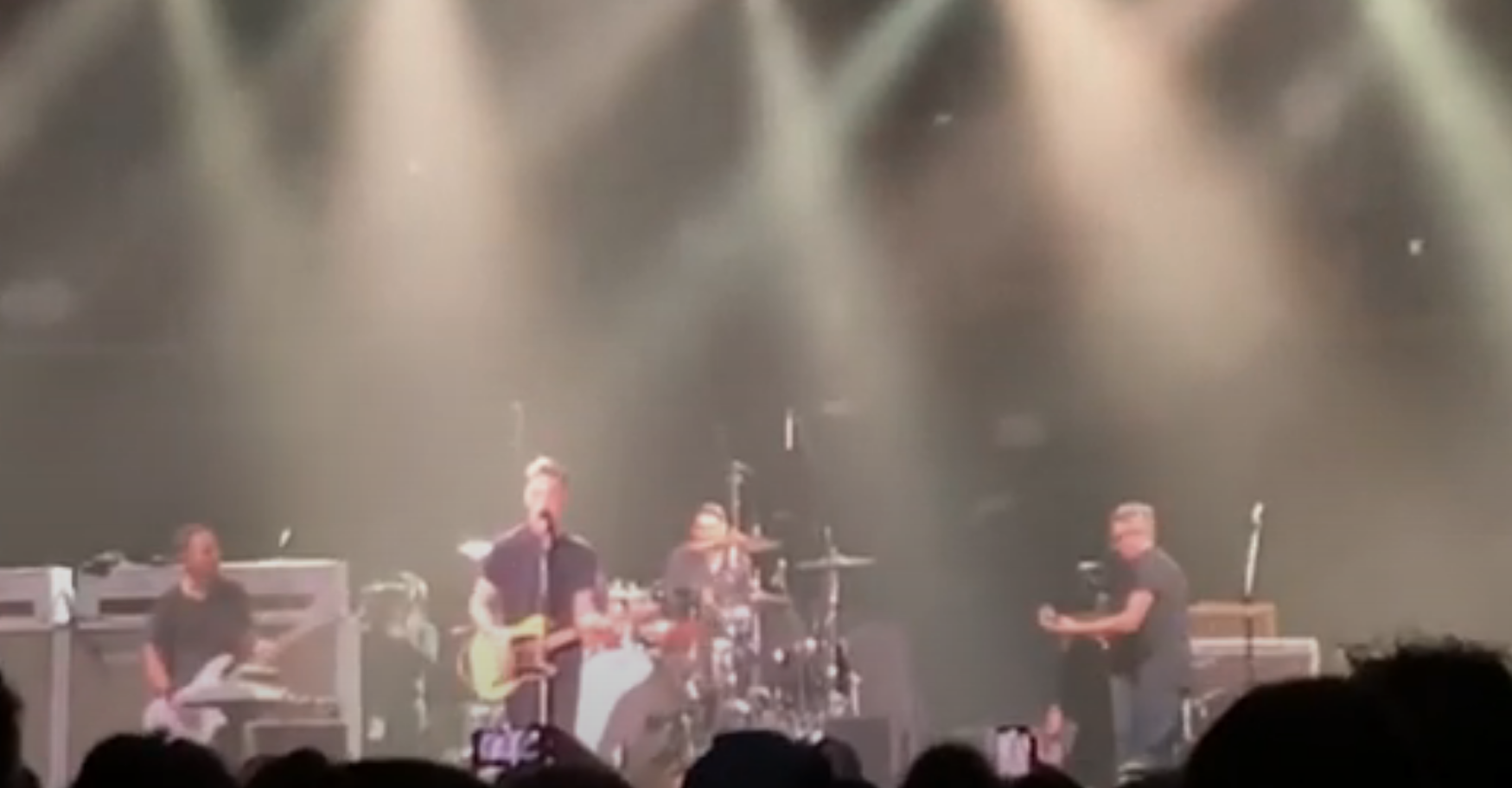 “Cold Day in the Sun” was Hawkins’ most well-known lead vocal with the Foos and a staple of the band’s live shows. The musician died suddenly on March 25 in Bogota while on tour with the band in support of its Grammy-winning album Medicine at Midnight.

“It’s never easy when you lose someone,” Pearl Jam frontman Eddie Vedder told the audience of Hawkins, who died suddenly on March 25 in Bogota. “As you get older, you’ll notice it starts happening more and more. It’s just where you are on the timeline and where your friends are on the timeline. But sometimes like this, it’s so unexpected, but also, it makes it harder because he was someone who truly, truly loved living life on this planet. I guess the one thing we can be consoled by is the fact that he never wasted a moment, and he did live his life to the fullest. We just want more of it.”

Hawkins was already honored last weekend by his friends in the Red Hot Chili Peppers, who filled in for the Foos’ originally scheduled headlining performance at the New Orleans Jazz & Heritage Festival.

As for Pearl Jam, the group offered numerous other surprises during Saturday’s show, including lesser-played tracks such as “Leash,” “Immortality,” “Glorified G” and the closing “Indifference,” which was played as a finale for the first time in nearly four years. The band’s May West Coast tour in support of its 2020 album Gigaton continues Monday in Arizona.