Outside Lands Announces Halloween Return With Lizzo, the Strokes, Tyler, the Creator, and More

Get your most comfortable walking shoes and backpacks with hidden pockets ready, because music festivals are clearly going to attempt a post-COVID comeback this fall.

Outside Lands is the latest major event to announce their dates and lineups, setting Halloween weekend (Oct. 29-31) as the return date for the massive Bay Area-based festival. While other locations might be hesitant about bumping a summer concert series that late into the fall, anyone who’s been to San Francisco for the event before knows that the weather can be just as miserable and frigid in early August as it at the end of October, so there’s no real loss there.

The lineup looks as stacked as ever, with names like Lizzo, Tame Impala, the (Grammy-winning) Strokes, and Tyler, the Creator set to headline. Other featured names include Vampire Weekend, J Balvin, Kehlani, Glass Animals, Young Thug, and a whole lot more.

Tickets are on sale now and will predictably cost you an arm, leg, and your first-born child, while still being less costly than either Coachella weekend. Any optimists who still have tickets for the previously scheduled August event will be able to get their ticket honored at the new weekend or request a refund by April 17.

See the poster below for the full lineup. 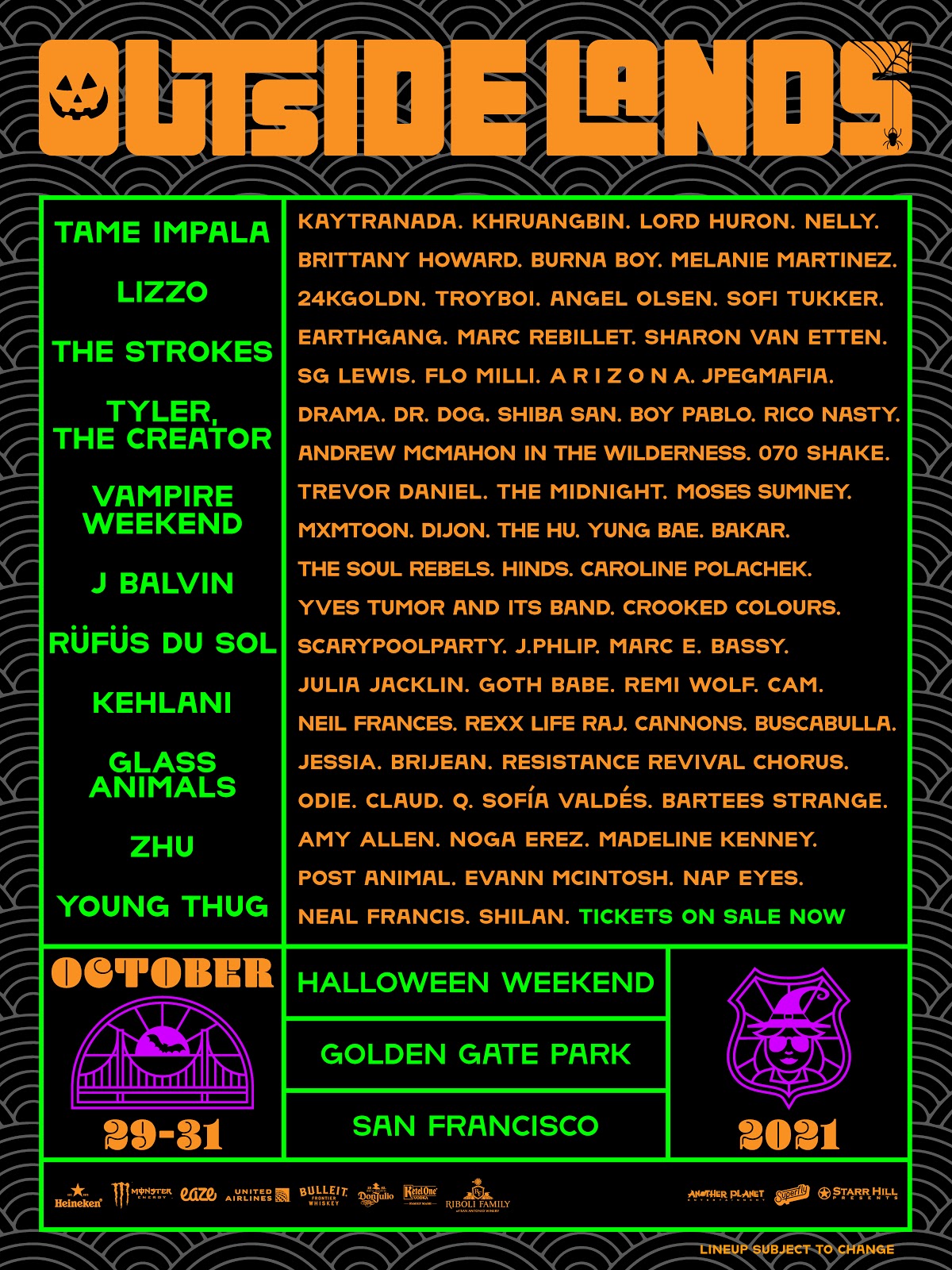