On January 11, 1992, the gilded ramparts of the music establishment were certifiably leveled as Nirvana’s Nevermind knocked Michael Jackson’s Dangerous from the Billboard No. 1 album spot.

And 1992 saw Perry Farell’s Lollapalooza festival barnstorm the nation again. What had begun the year prior as an epic farewell tour for his band Jane’s Addiction, inspired by a manager’s visit to Reading Festival, was renewed (minus Jane’s). The result was an alternative cultural happening on wheels, the likes of which America had never experienced before.

Read on for a thorough recap of grunge yesteryear, as well as some reflections from attendees 30 years later, including this magic moment from Dave Wedge: “Watched the lawn at Great Woods in Mansfield, Mass. get burned down while the RHCP played. It was the beginning of the end for lawn seats at Great Woods…” 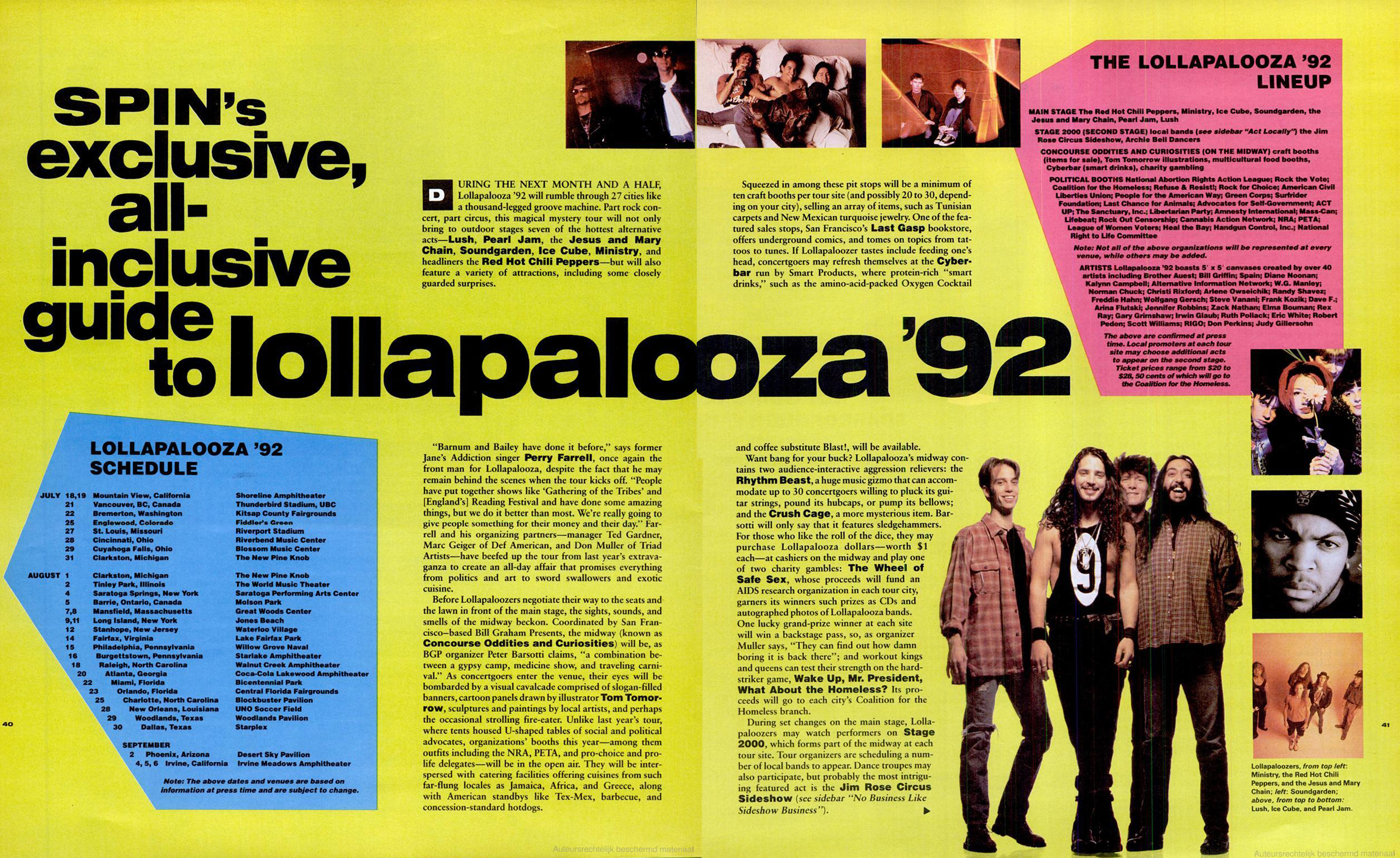 Decked out in shorts and 10-hole black Doc Maartens, I went to Lollapalooza ’92 at Montage Mountain in Pennsylvania.

I had been to the original Lolla the previous year and was looking forward to another great day of music with a new lineup. We parked in the designated lot and waited for shuttles to take us up to the concert area. The problem was, the buses were nowhere to be found. We didn’t know if there weren’t enough or they just weren’t working, but we were waiting around to get a ride. By the time a bus finally drove us to the festival area, Pearl Jam was wrapping up its set. I’ll never forget hearing “Even Flow” while pulling up to the main gates. As we walked inside, Pearl Jam was off the stage. (It would be nearly 20 years later before I finally got to see them.) My friend suffered a severe ankle sprain before Ministry, but had the medical tent wrap it up tightly so he could get in the pit.

The Jim Rose Sideshow Circus did their best to gross out the audience on the side stage and multiple people lost their lunch in the crowd.

I’ll never forget the Red Hot Chili Peppers who were touring in support of Blood Sugar Sex Magik. They played a set list full of funk and rock, including covers of Neil Young, Jimi Hendrix and George Clinton… but they also had to play one of their newest hits, “Under the Bridge.” Us longtime fans of the funkier Chili Peppers weren’t happy with the new, softer direction the band was going in and a full-out mosh pit sprang up for the entire song. I remember seeing couples slow dancing and hugging–only to be knocked off their feet by an expanding circle pit. Thankfully, the band finished with more funk, including “Me and My Friends” and “Yertle the Turtle.” 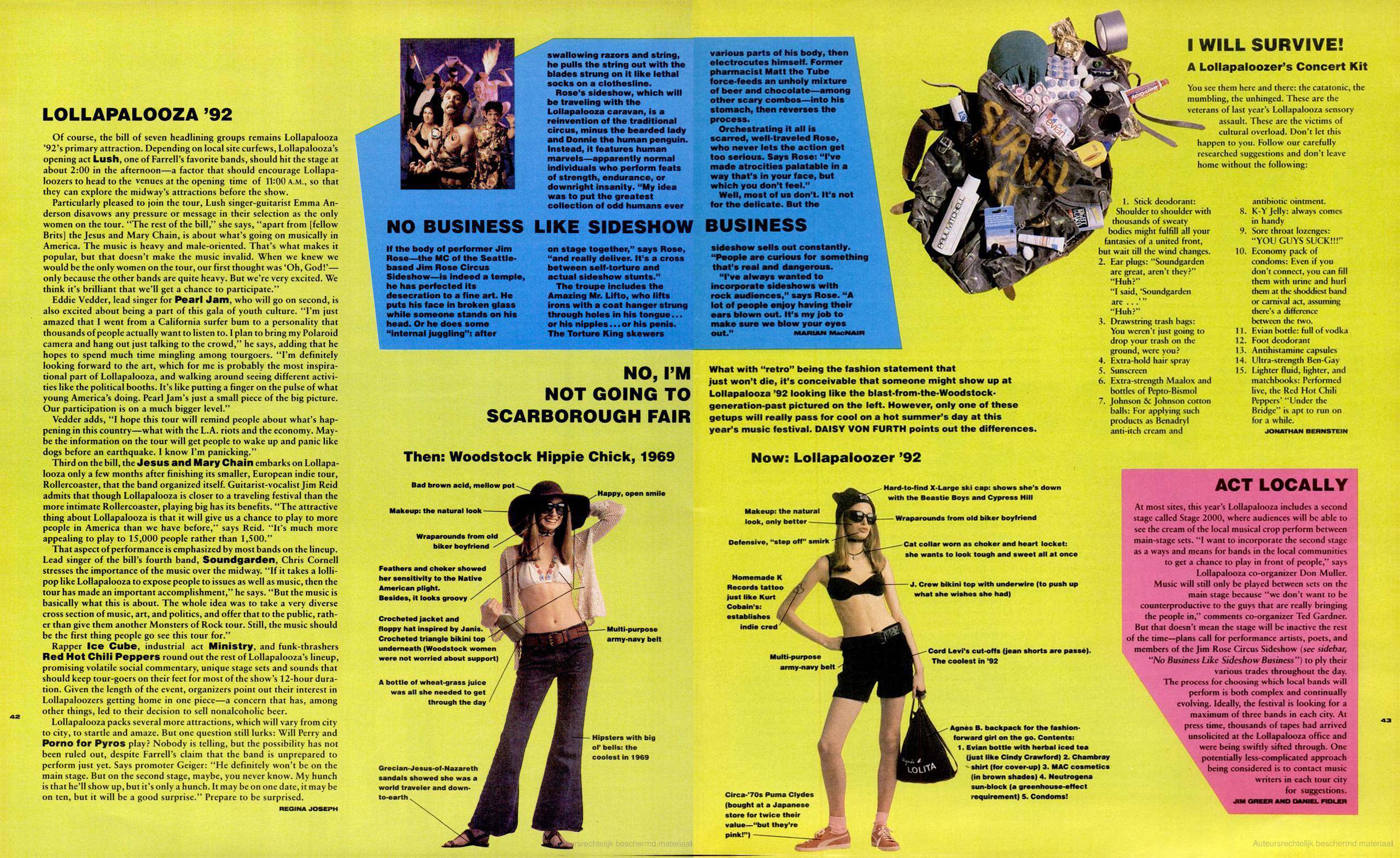 I went to Molson Park in Barrie, Ontario.

A sampling of some of the things I saw…

Ministry: I got smashed around so much by this audience while slam-dancing that I had to take two days off of work because I couldn’t lift my arms.

Jesus And Mary Chain: In the bright sunshine of the afternoon. It was hilarious. Probably not for them.

Pearl Jam: Eddie climbed stuff. Everyone thought he was going to fall and die.

Soundgarden: This was where I figured out that Chris Cornell was a “studio” singer.

Red Hot Chili Peppers: Are the headliners really headliners if they’re the plausible excuse for people to start heading to the parking lot early so they can beat the traffic? 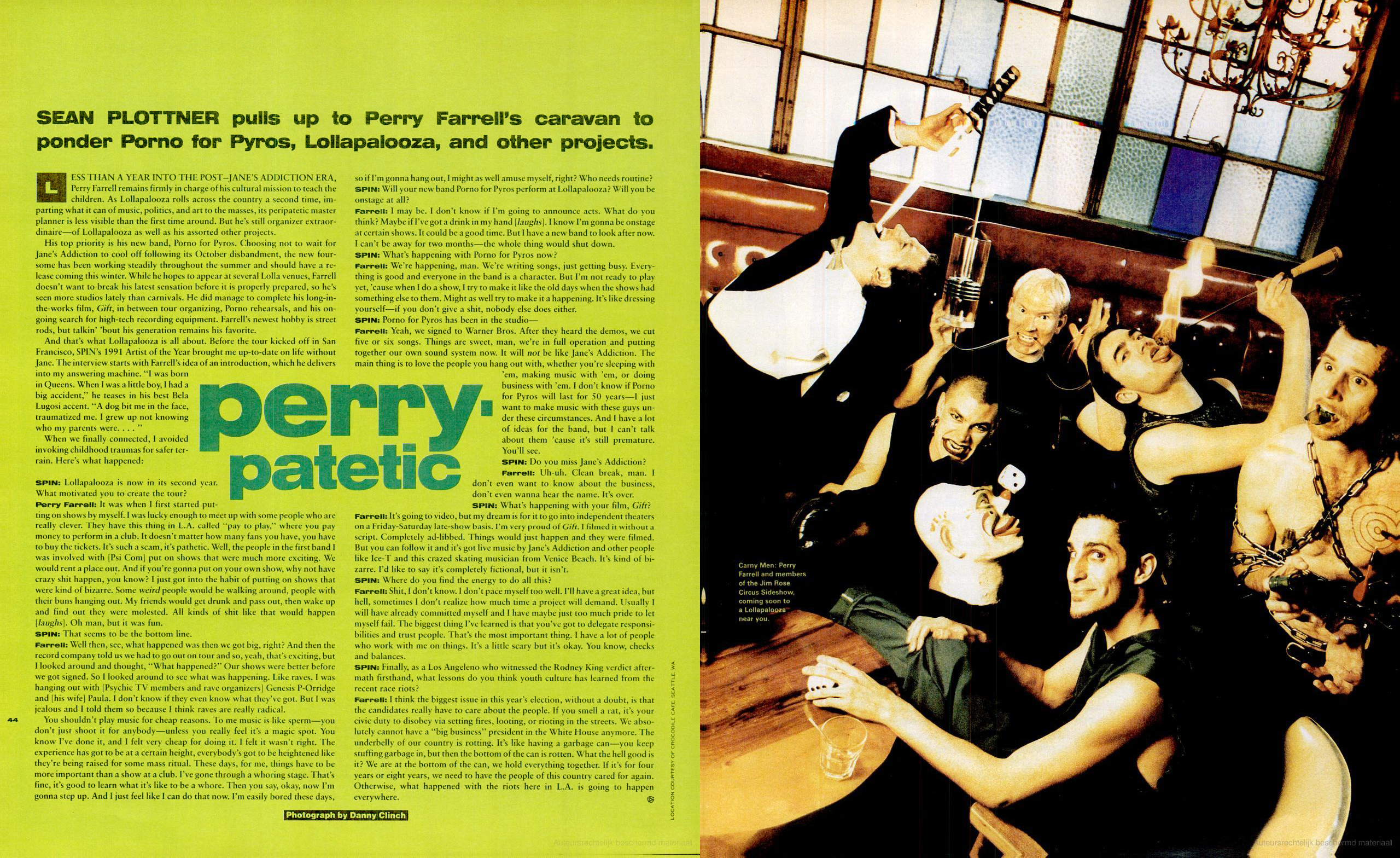