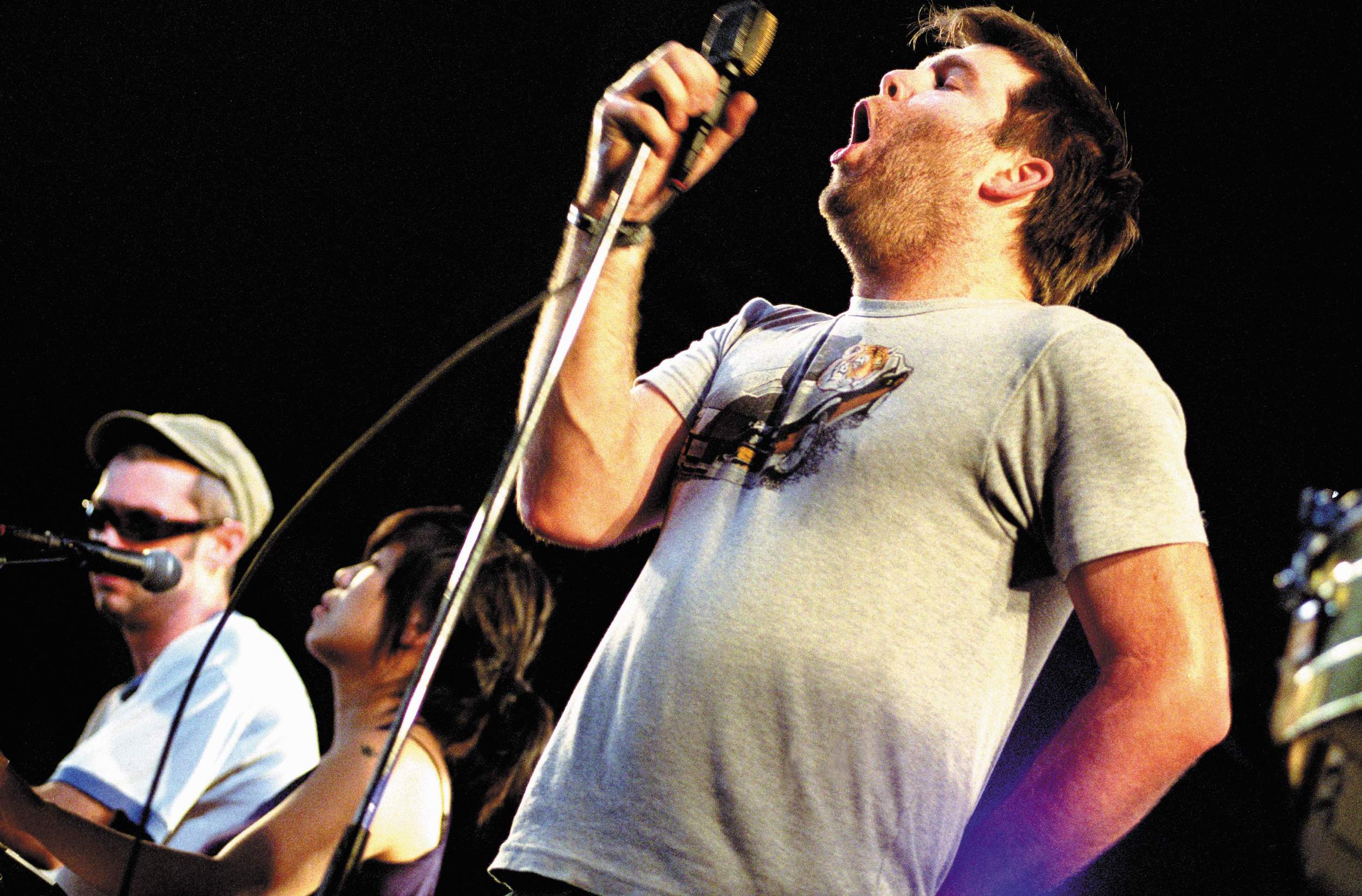 The original LCD Soundsystem lineup reunited on Saturday night to play a short set at a special DFA Records event. As announced last month, James Murphy and company hosted a party in New York to celebrate the label’s 20th anniversary.

“Anniversaries, schmaniversaries, but given everything we’ve all collectively been through, this feels like a plausible excuse to throw a party. So that’s what we’re doing,” DFA said in a statement.

Murphy, alongside current members Nancy Whang and Pat Mahoney and past members Tyler Pope and Phil Mossman, treated guests to a two-song set. They dusted off 2005’s “Give It Up” for its first live performance in 15 years, and also played a rendition of Harry Nilsson’s ‘Jump Into The Fire’, which they last performed during their farewell show at Madison Square Garden back in 2011.

Watch the LCD Soundsystem play both songs below.

The reunion follows LCD Soundsystem’s Saturday Night Live appearance last month, where they also pulled deep from their catalog and performed “Thrills” and “Yr City’s A Sucker” from their self-titled album.

The band plans to play two East Coast residencies in the coming weeks — March 28th-31st at Philadelphia’s Franklin Music Hall and April 3rd-6th at Boston’s Road Runner — and then cross the Pond in June before heading back to the States to headline the This Ain’t No Picnic festival in August.