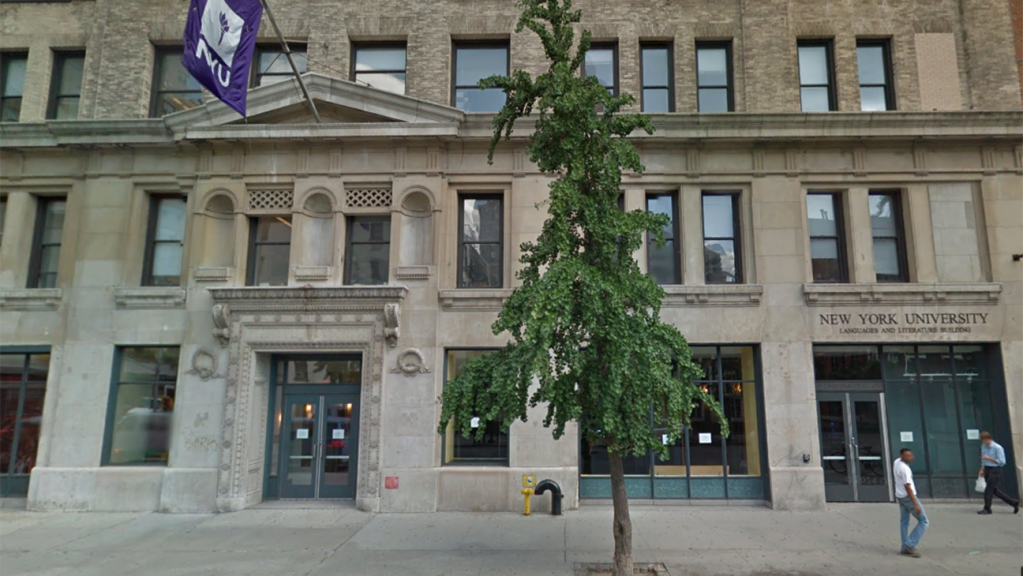 New York University’s Black List-inspired annual selection of the best production-ready screenplays from its Tisch School of the Arts graduate film students and recent alumni, known as The Purple List, has revealed its 2022 picks.

Prominent filmmakers whose work was included on past editions of the Purple List, now in its 11th year, include Nomadland‘s Chloe Zhao, Judas and the Black Messiah‘s Shaka King, Cathy Yan (Dead Pigs, Birds of Prey) and Desiree Akhavan (Appropriate Behavior, The Miseducation of Cameron Post).

More information about each of this year’s screenplays, provided by the Purple List team, follows.

Chariot
In 1958, the U.S. government comes up with a plan to detonate five thermonuclear bombs in a stretch of land in Alaska. The purpose? To create an instant deep-water harbor on the Alaskan coastline. This is Project Chariot — part of a 1950s experimental program by the U.S. government to repurpose nuclear weapons. Or rather — to “redeem” nuclear weapons — by using atomic bombs for peaceful, economic ends. Or so they say. Meanwhile, at Dartmouth, a young American geographer named Don Foote is trying to finish his PhD. Don’s a Hispanic kid from rural America. And he’s just about had it with his Ivy League classmates. When he gets a once-in-a-lifetime opportunity to join a federal research project in Alaska, he’s out the door to embed with a Native village for the year. But he quickly discovers the assignment is harder than it seems. The village — Point Hope — is less than 30 miles from ground zero. And the people of Point Hope — led by the Inupiaq whaling captain Nathan Neakok — aren’t buying the government’s reassurances of the project’s safety.

And soon, neither is Don. Concerning research emerges about potential radioactive contamination in the food chain. And — even stranger — Don learns that the proposed location for the harbor is ice-locked, making any harbor useless. Before long, plans for the harbor are scrapped. But plans to detonate the nuclear bombs remain. When the government publicly declares the detonation to be safe for the local population — despite evidence to the contrary — Don has to lay it all on the line, going public with damaging research. And soon, this straitlaced, scholarship student has been transformed into a suspected U.S. traitor tailed by the FBI. Together with Don, Point Hope devises a strategy to thwart the government’s plans.

Going to Meet the Devil by Adel L. Morales
Two lifelong friends get together after work the night after a Black man was killed in a neighboring town. William Powell and Vanessa Hart, in their early twenties, attempt to process the most recent killing of an unarmed man of color. Over the years, they and their families have suffered varying amounts of trauma at the hands of the racist police force sworn to protect them. The injuries they’ve endured have created within each of them a ticking time bomb that threatens to explode with each blatant racist attack against one of their own. As the night progresses, Vanessa and William are threatened by a White woman waving a gun at them in a small gas station parking lot. At the end of the night, Vanessa uploads the video of the assault and it goes viral, leading the members of her father’s Baptist church to organize a march on the town’s police station the next day. This sudden social media attention puts the White community on high alert, as they don’t take kindly to having their racist ways exposed.

The police chief, Henry Knowles, goes on the hunt for the slightest hint of a protest brewing in his town and orders his officers to keep their eyes peeled for anyone suspicious or Black. Local white militias have also heard rumors of a possible Black Lives Matter protest. A few hours later, officers are dressed in riot gear, preparing to face off with the peaceful protesters. Tensions are already high when five pickup trucks filled with white militiamen arrive, waving guns and explosives. In the blink of an eye, this protest becomes a full-scale race riot from out of the Civil Rights era. Multiple officers and protestors were injured and hospitalized after the riot. Henry recognizes William and has him pulled for questioning. It’s immediately clear that these two men share a long and hateful history that goes back eighteen years. They met when Henry was a rookie cop, under the training of racist sergeant, and William was a rambunctious five-year-old boy. These two White officers would later be responsible for killing William’s father, Langston. During the interrogation after the riot, William denies bringing weapons and explosives to the protest, but Henry ignores the denials and continues to press for answers that William doesn’t have. Fueled by their years of animosity, Henry beats William senseless rather than admit he had anything to do with aiding in the cover-up of Langston Powell’s murder.

While William is recovering from his injuries, Henry offers Vanessa a deal to keep forty-seven protesters, from her father’s church, out of the legal system. All she has to do is drop the charges against the White woman who initially assaulted them. The deal doesn’t go as planned, when Henry decides to kidnap her and forces himself on Vanessa. Just as all hope is lost, William arrives to make good on a promise he made years ago and take vengeance on Henry Knowles once and for all.

Griffin in Summer by Nicholas Colia
Griffin is the most ambitious playwright of his generation. He’s also still 14-years-old, living with his parents in the bland suburb of Whitewood. Griffin’s only refuge is that this summer, he is planning to write and direct his new marital drama, Regrets of Autumn, out of his parents’ basement, and has recruited his four weirdo friends to star. But Griffin’s summer plans are interrupted by the arrival of Brad, the handsome but noisy 26-year-old handyman his mother has hired to work on the house. Griffin’s irritation with Brad is compounded by his own struggle to finish his play, his actor friends not agreeing to his proposed sixty-hour-a-week rehearsal schedule (“It’s the equity standard!”). Struggling for inspiration and companionship, Griffin makes small talk with moody Brad, discovers that he’s actually a former New York performance artist. Griffin is dazzled (“New York?! Like New York City?!”), but as his feelings for Brad turn romantic (and Brad’s feelings for him do not), Griffin’s behavior becomes increasingly erratic as he struggles to keep Brad close, art starts to imitate life. In the end, everything collides as Griffin makes a huge mess of his life and play, discovers he actually might still be more of a kid than he thought.

Pollinator by Joseph Sackett
Pollinator is a queer sci-fi rom-com about an alien who is skilled at deception. He travels from planet to planet, camouflaging himself as a member of the native dominant species to introduce his DNA into the local gene pool. But when he arrives on Earth, the complexities of human emotion and sexuality throw him for a loop. Then, things get really complicated when he falls in love with the man who knocks him up. After an extremely brief pregnancy, he gives birth to two hybrid alien-human children and has to learn to juggle the demands of family and romance. Meanwhile, one of the humans from whom our alien hero stole DNA hunts down his new family in search of revenge.

The President’s Cake by Hasan Hadi
In 1991, during severe sanctions on Iraq, 9-year-old Saeed is picked in the class draw to bring the cake to the school celebration of President Saddam Hussein’s birthday.The tradition goes that two days before Saddam’s birthday, the school makes a draw, also known as the “torture draw,” to select the unfortunate student responsible for bringing the birthday cake. If the student fails to bring the cake, he and his family will be severely punished by the authorities for disrespecting Saddam. Knowing that they have no other choice, Saeed and his grandmother embark on a journey to the city to sell their valuables to raise capital for the scarce cake ingredients.

2022-04-13
Previous Post: Britney Spears says she has ‘small belly’ after pregnancy announcement: ‘At least my pants fit’
Next Post: Kim Kardashian, Kanye West didn’t speak for ‘8 months’ at the start of their divorce