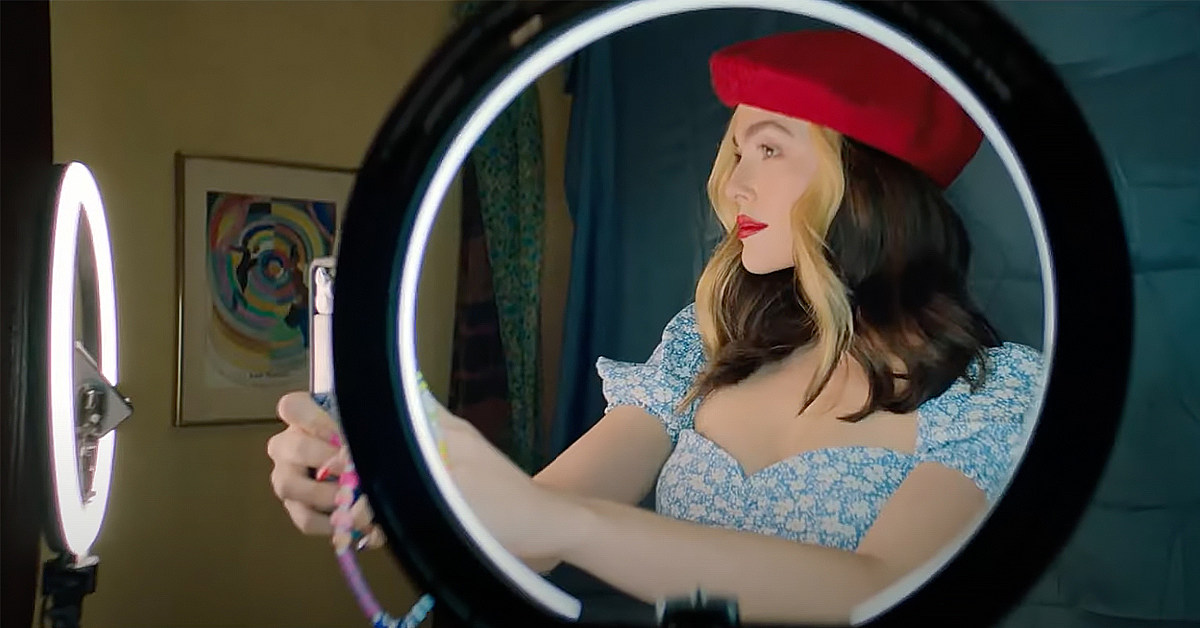 Danni Sanders (Zoey Deutch) gets way more Instagram clout than she bargained for in the new Not Okay trailer. The movie premieres July 29 on Hulu.

Not Okay is written and directed by Quinn Shephard, who previously wrote, directed and starred in Blame.

After being overlooked by her boss, peers and even parents, Danni decides to fake a trip to Paris to make her life seem more interesting. She gets tangled in a web of lies after a terrorist attack occurs during her faux-vacation. Instead of revealing her deceit, Danni doubles down in an effort to obtain online stardom and win the heart of her coworker, Colin (Dylan O’Brien).

Shephard recently shared the inspiration behind the film’s plot.

“I found myself deeply affected by the endless scroll through frightening news headlines, mixed ceaselessly with influencer scandals, cancel culture and sponsored ads for skincare that are supposed to somehow make you forget that the world is burning,” Shephard says. “Writing Not Okay was a way for me to cope with the emotional information overload I was experiencing and use satire to critique it.”

Check out the Not Okay trailer below.

2022-07-21
Previous Post: Pool Kids went through hell to make their new self-titled record
Next Post: Nuno Bettencourt: ‘Everybody Said I Was Crazy’