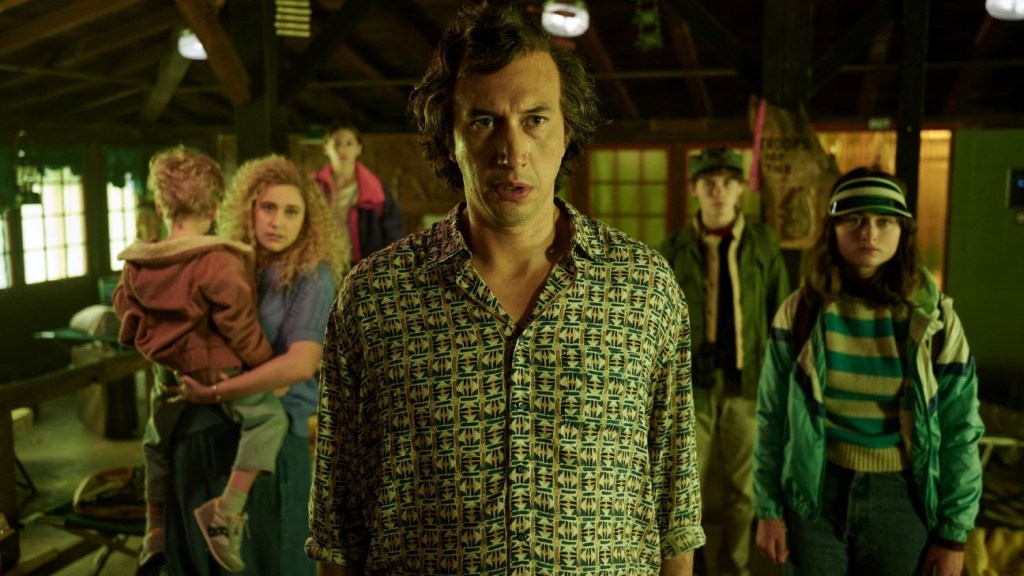 The Netflix title, starring Adam Driver and Greta Gerwig, will have its North American premiere at Lincoln Center’s Alice Tully Hall in Manhattan on Sept. 30.

Baumbach’s adaptation of White Noise, the 1985 book long considered to be unfilmable, stars Driver as a professor of Hitler Studies in the Midwest whose suburban town life and marriage to his secretive wife (Gerwig) are upended after a nearby accident creates a frightening airborne toxic event.

“In 1985 my father and I drove from Brooklyn to see Kurosawa’s Ran open the 23rd NYFF, the same year that he brought home the hardback of Don DeLillo’s White Noise,” Baumbach said in a statement. “Opening the 60th NYFF with White Noise is truly special for me. This festival was part of my film education and has been a home for me and many of my movies over the years. I couldn’t be more excited and honored to return.”

Baumbach’s last film, also released by Netflix, where the writer-director has an exclusive deal, Marriage Story, also screened at both the Venice Film Festival and New York Film Festival on its way to six Oscar nominations. The filmmaker has also brought various other projects to the NYFF including Kicking and Screaming, The Squid and the Whale, Margot at the Wedding, Frances Ha and The Meyerowitz Stories (New and Selected).

“Opening the 60th edition of the New York Film Festival with Noah Baumbach’s ambitious, funny, and resonant White Noise underscores this Festival’s history of introducing new filmmakers to New York audiences. A regular attendee of the Festival as a kid, Noah Baumbach saw his indie filmmaking career take off after debuting Kicking and Screaming at NYFF in 1995,” said NYFF executive director Eugene Hernandez. “White Noise will usher in a 60th NYFF selection of films by established directors and vibrant new voices; we’re looking forward to sharing the communal experience of cinema with audiences at Lincoln Center and in other parts of the city this fall! Stay tuned!”

NYFF artistic director Dennis Lim added, “Noah Baumbach’s adaptation of White Noise is an unequivocal triumph: a wildly entertaining and morbidly funny meditation on the way we live now that is also the director’s most ambitious and expansive film. Aided by a brilliant cast led by Adam Driver and Greta Gerwig, Baumbach has not only captured the essence of Don DeLillo’s beloved, era-defining book—he has turned it into a movie that speaks profoundly to our moment.”

The 60th annual New York Film Festival is set to run from Sept. 30-Oct. 16, with Chinonye Chukwu’s Emmett Till film Till previously announced as one of the movies set to world premiere during the 2022 Manhattan event.