NFL should consider rule change after horrific no-call on Texans’ touchdown vs. Jaguars 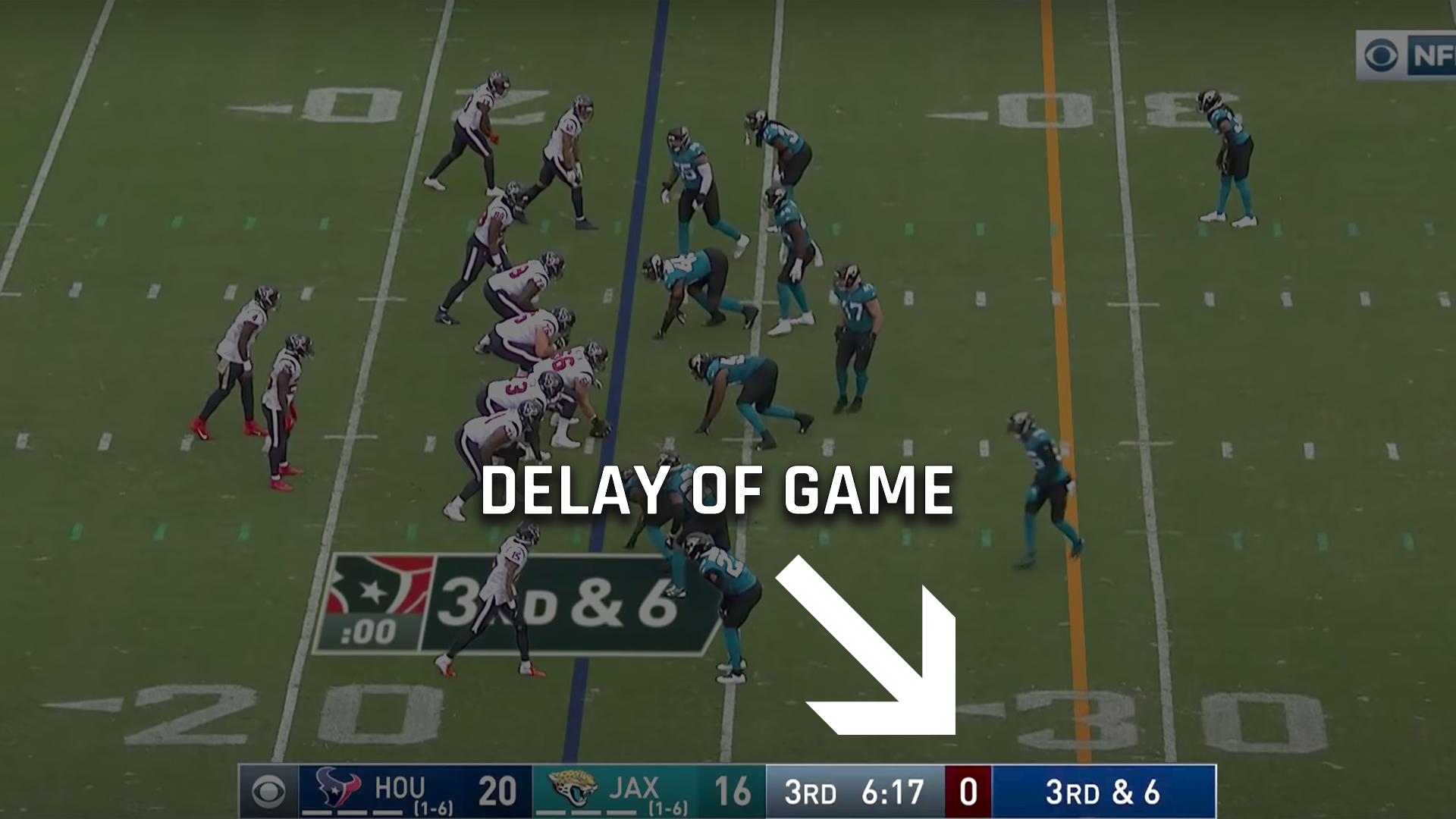 The Texans got away with a touchdown against the Jaguars in a play that should not have counted.

Let’s set the scene. There’s about 6:20 remaining in the third quarter and the Texans are leading 20-16. Houston is facing a third and 6 on its own 23 yard line. If the Texans fail to pick up a first down, then they’re likely going to punt the ball back to the Jaguars, who could theoretically take the lead on the next possession.

Instead, the Texans scored a touchdown on a 77-yard pass to Will Fuller. The score put the Texans up 27-16.

Houston would go on to not score any more points the rest of the game, and barely hang on to win 27-25 after stopping the Jaguars’ two-point conversion that would have tied the game. In other words, the Fuller touchdown was arguably the biggest play of the game.

And it should not have counted.

The Texans had an egregious delay of game on that play that was simply missed by the officials.

About three seconds after the play clock hit zero, the ball was snapped. It was an obvious delay of game, and yet it wasn’t called.

“In this instance it looks as if we’re almost at two or three seconds before the snap, and that should have been blown dead for delay of game,” CBS officiating expert Gene Steratore said on the broadcast.

So what gives? Jaguars coach Doug Marrone opted to not go too far into an explanation because he didn’t want “to say anything stupid.” But he did say that only one person (the back judge) is responsible for calling that penalty and he simply didn’t see it.

Jags head coach Doug Marrone on the explanation officials gave on Fuller play clock expired touchdown: “None … I’m not going to do anything, I’m not going to say anything stupid, so, I think you guys realize it.” pic.twitter.com/ypJuDgwQnU

But what isn’t fine is that this isn’t reviewable.

Yes, the play should have been a penalty. Replays showed at least two seconds passed between the play clock turning to :00 and the ball being snapped. The reason it wasn’t part of the review of the touchdown was delay is not a reviewable penalty under NFL rules.

There’s really no reason for a delay to not be reviewable. It’s easy to spot, and it doesn’t affect the rest of the play. Once you notice the play wasn’t supposed to happen, you simply act as if it didn’t and you penalize the team.

Considering how the rest of this game played out, it’s fair to say this blown call may have cost the Jaguars a win. And there’s really no excuse for that considering the circumstances.